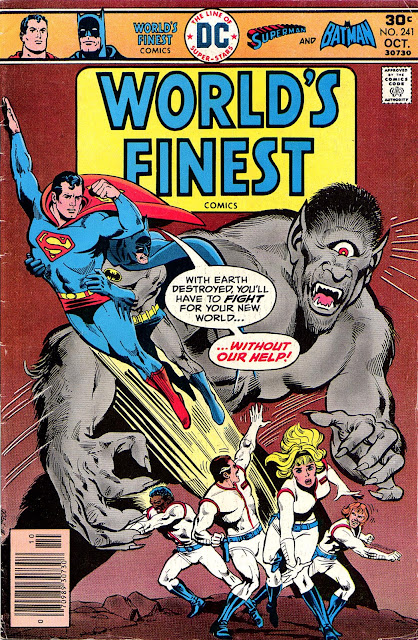 Another one I didn't buy and after reading it, I'm glad I saved my thirty cents! Interesting art this time out from the normally scratchy and organic Pablo Marcos whose style is almost obliterated by the remarkably smooth inks of John Calnan. While it hardly makes for Marcos's best showcase, it kinda works. 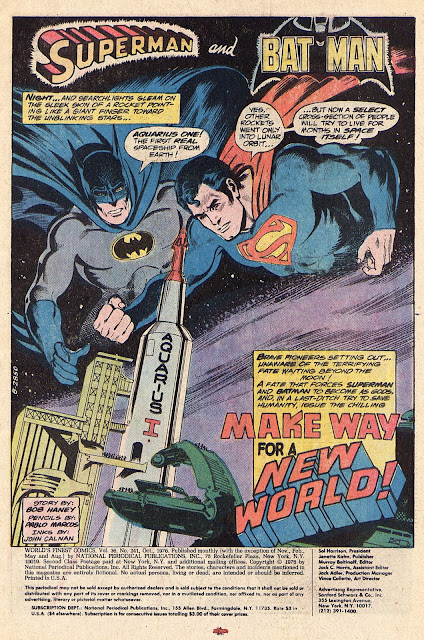 The story though....! In one sentence--Superman and Batman...in SPAAAAACE! First we are asked to believe the unlikelihood that both Bruce Wayne and Clark Kent would be part of an expedition into space behind lunar orbit. 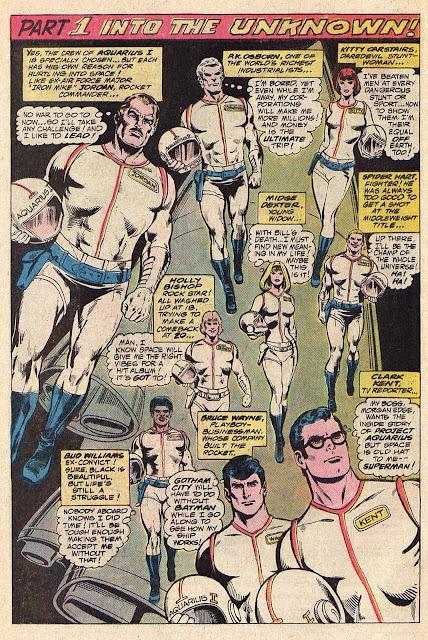 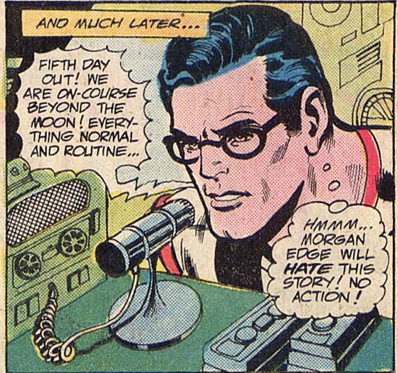 Next we are told that the earth has been destroyed. rather than attempt to figure out what happened to it, Batman and Superman random;u turn up on the space cruiser with a  lame story about how they survived...whatever. 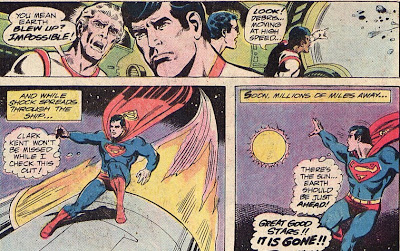 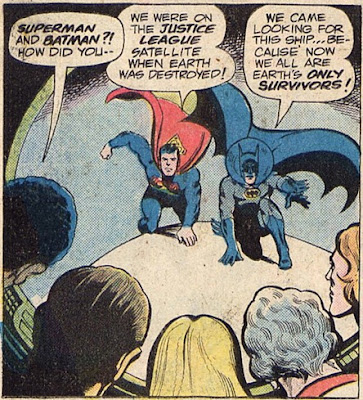 This, of course, means they have to fake Clark and Bruce's death. Supes then does the only logical thing which, of course, is to use his powers--including the rarely seen super-blowfish power!--to create a NEW Earth, exactly like the old and presumably orbiting in the same spot so as to maintain life and temperatures and such. 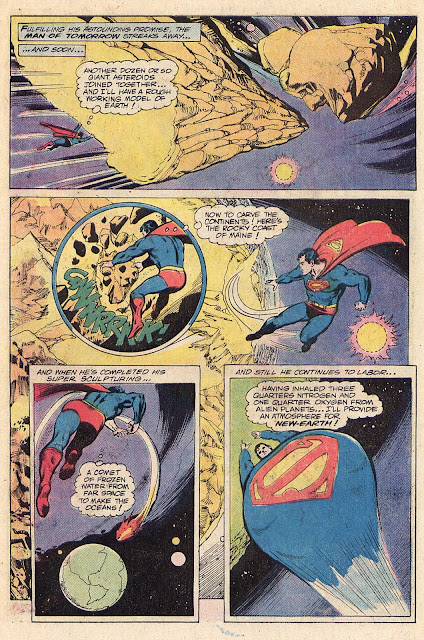 The first of a couple Beatles cameos this ish! 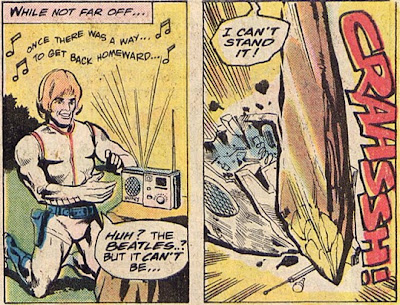 The phrase "flippy chick" really was NOT a thing back then. I swear. 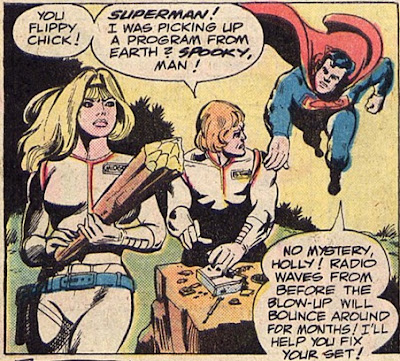 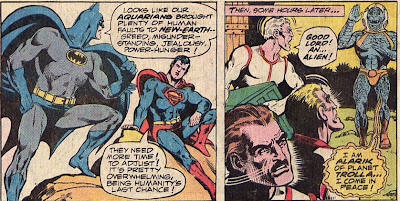 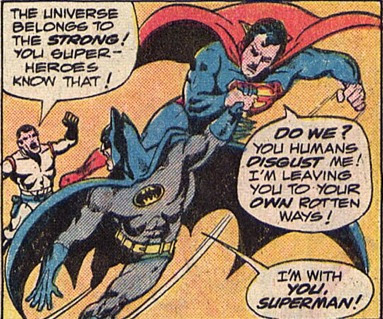 Let me see, Superman made this planet out of random rock and such. Where do these life forms come from? 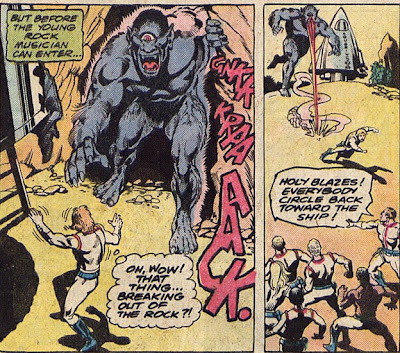 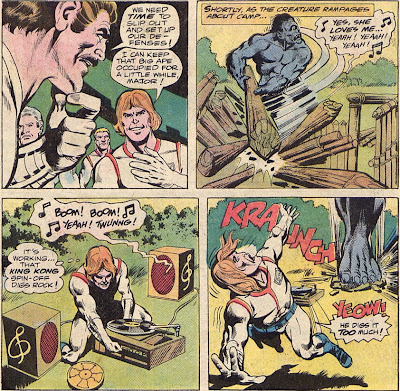 BUT...turns out the real Earth is still there and the whole thing was planned as an experiment. Also--luckily--Bruce and Clark are still alive! Yay! What happened to the superheroes? Better question--what happened to New Earth...which SHOULD, as we've said, been in that same orbit? Sigh. Haney, Haney, Haney... 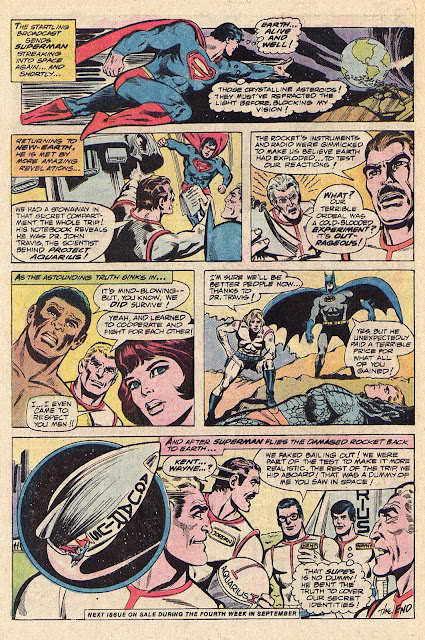 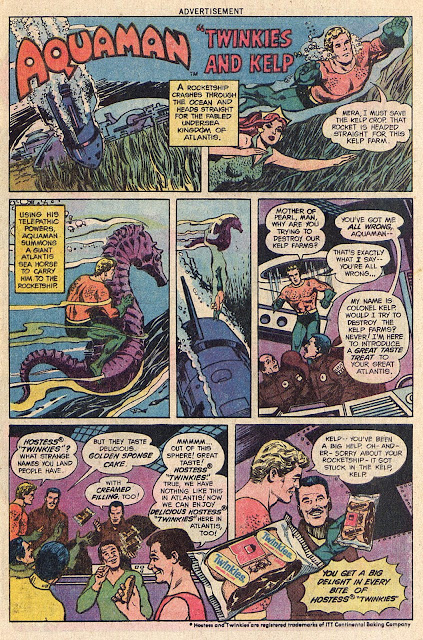 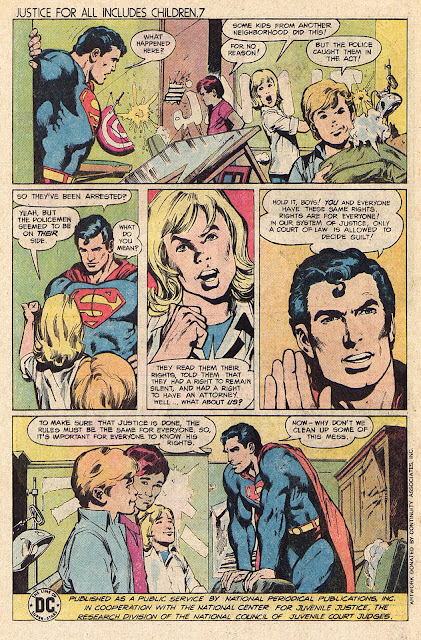 They tried but bat mania was a one-time thing and that time was over a decade ago. This revival attempt had some cool stuff, though. 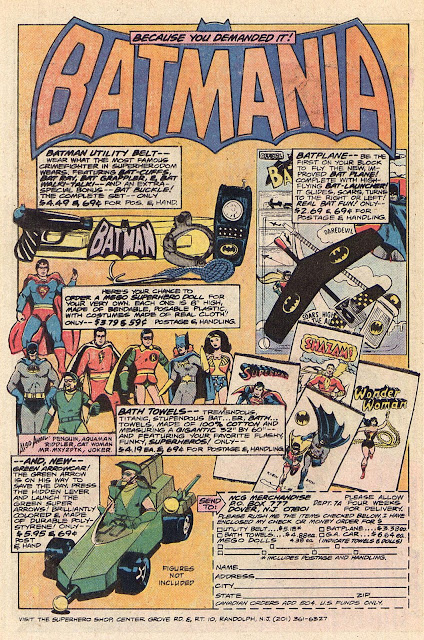 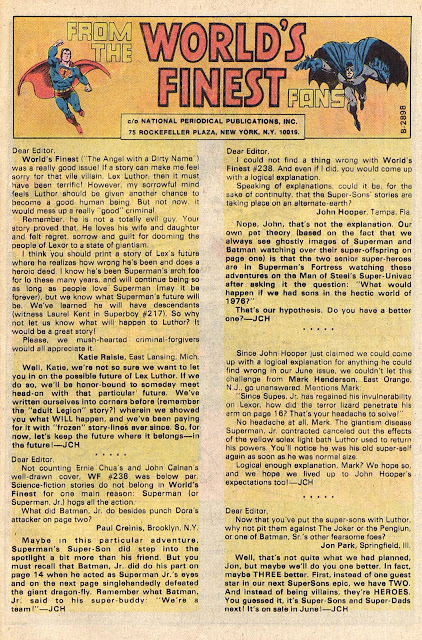