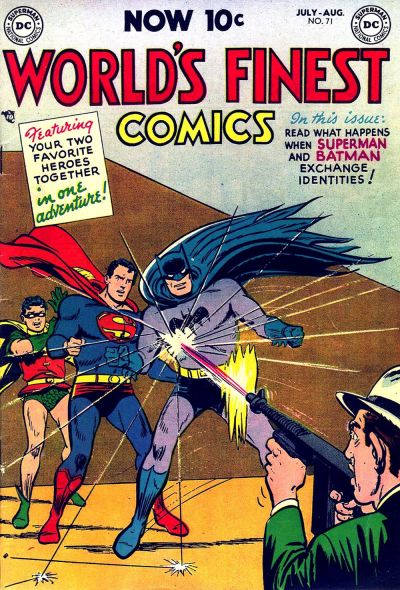 With WORLD'S FINEST having remained a quarterly fifteen center for about a decade and a half by this point, the shrinking page amounts hd meant losing features. This time, some forgotten someone came up with a brilliant solution to save the title: "Your two favorite heroes, Superman and Batman (with Robin) in one adventure together!" In essence, they were bringing the theme that had run on every single WF cover to reality! 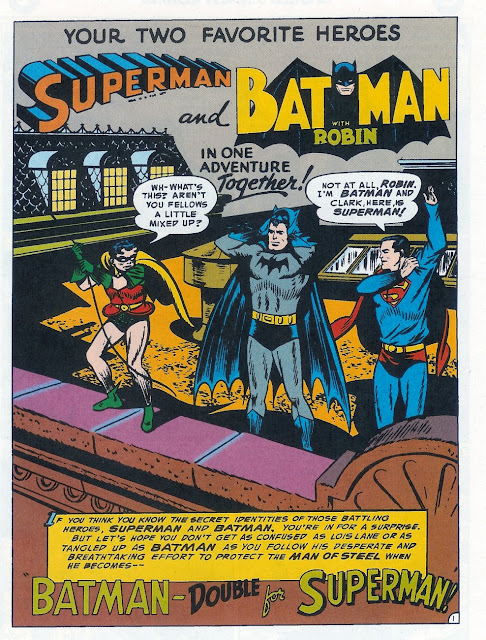 Building on the then-recent SUPERMAN story where the tow met and learned each others' secret identities, we flash back to that in the first few panels and then get on with our story. 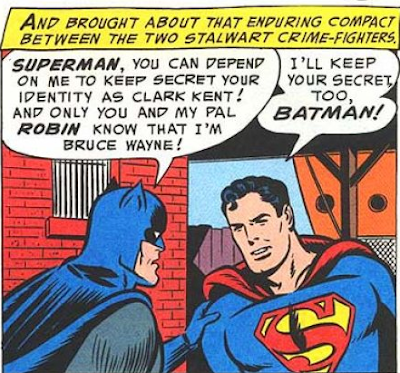 Clark sees Batman and Robin in danger but accidentally allows Lois Lane to see him switching to Superman so he could save them. Batman comes up with a unique idea in order to protect Clark from Lois breaking the story. 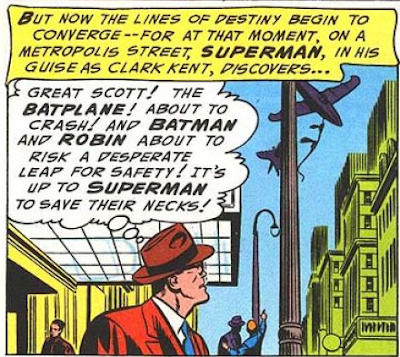 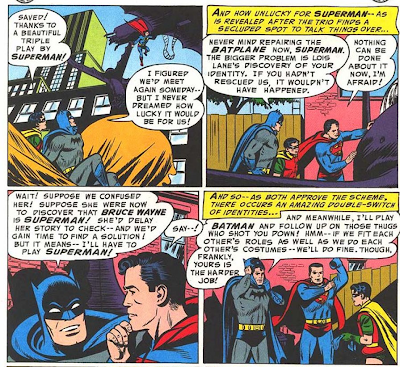 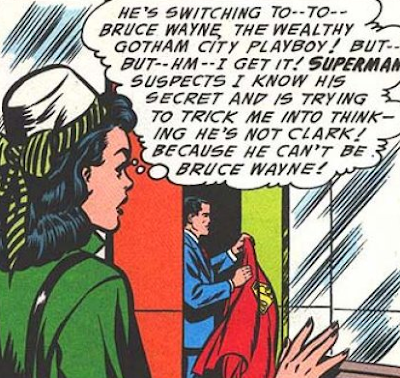 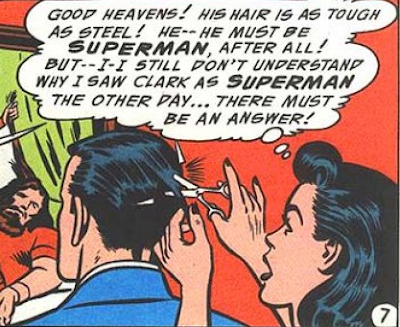 Superman's wink to the reader ensures that this is, as the saying goes, the beginning of a beautiful friendship. Through the years, Batman had become less dark and Superman had become more the Boy Scout than he had once been. Thus the unlikely "world's finest" team begins its long run here. 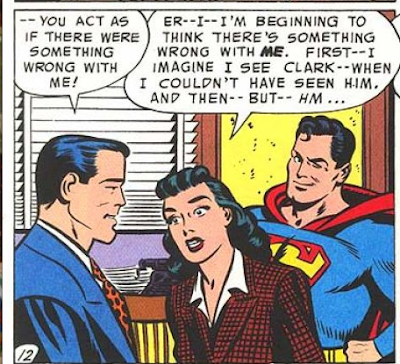 GREEN ARROW and Speedy are still here and at ;east for now will stick around, as will TOMAHAWK and the Boltinoff fillers. Never again the giant conglomeration of features it had been, WORLD'S FINEST will nevertheless almost ALWAYS have a back-up feature or two, no matter what the price or page count! 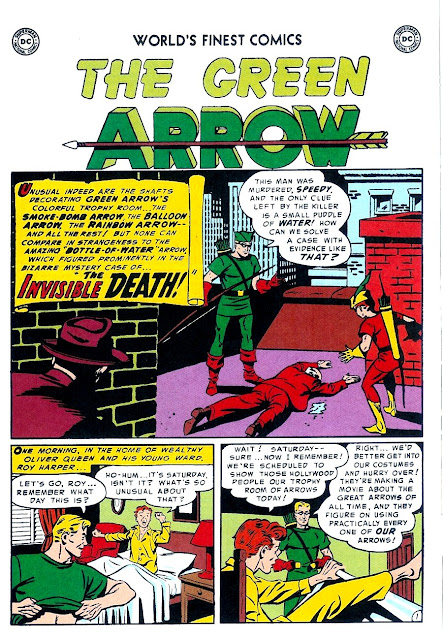 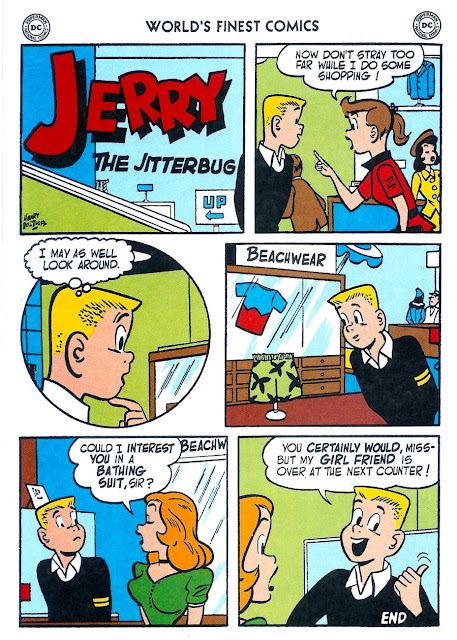 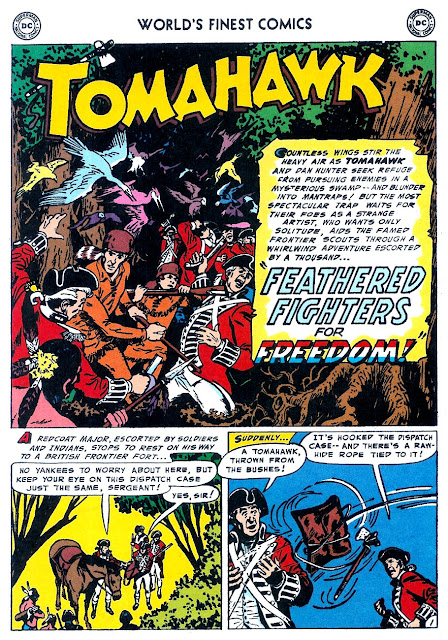 Posted by Booksteve at 4:12 PM