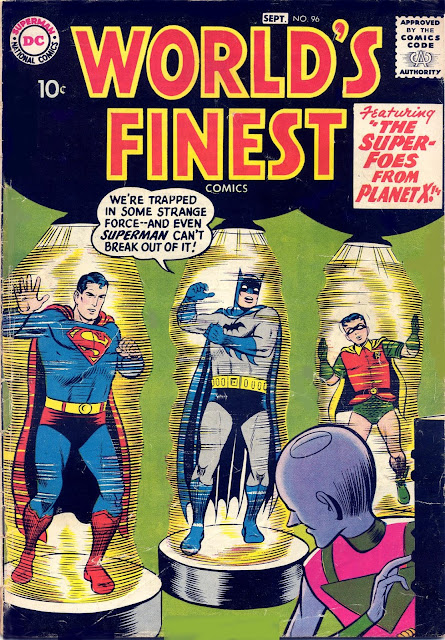 The aliens in this story who "test" Batman, Robin and Superman in order to learn from them resemble Tin from the much later METAL MEN series. Note also that beginning with this issue, WORLD'S FINEST goes from bi-monthly--6 issues per year--to 8 issues per year. 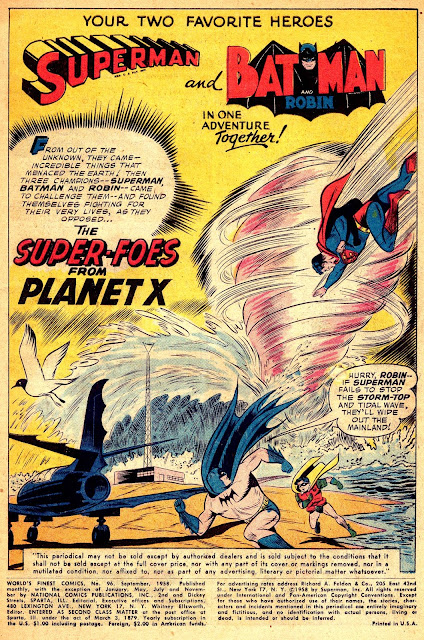 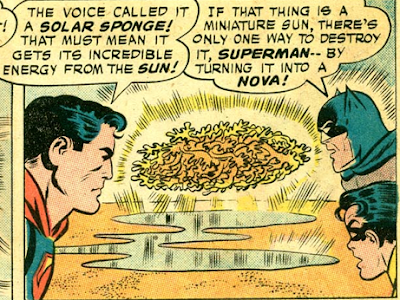 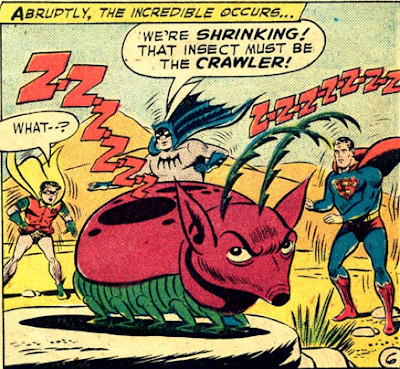 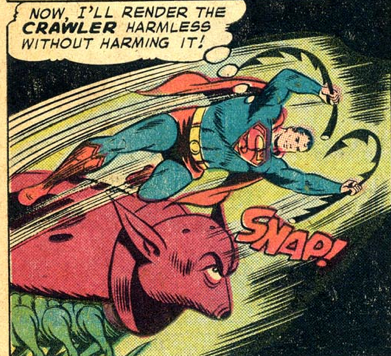 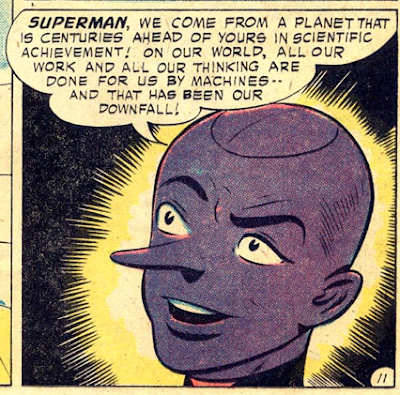 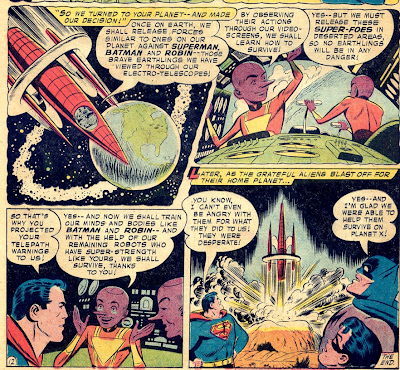 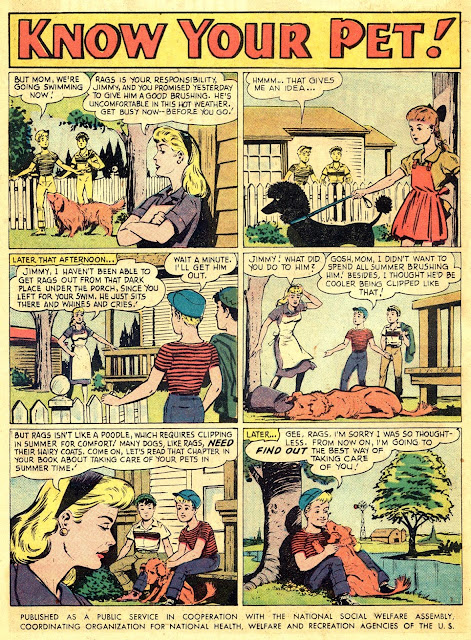 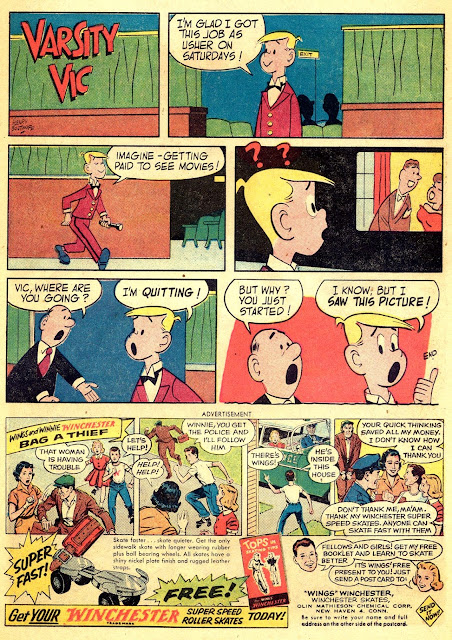 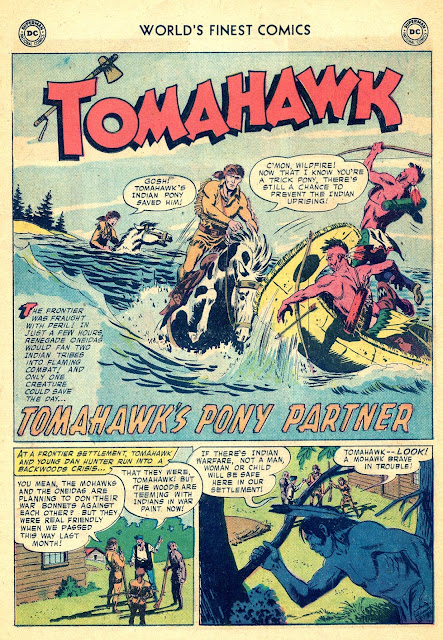 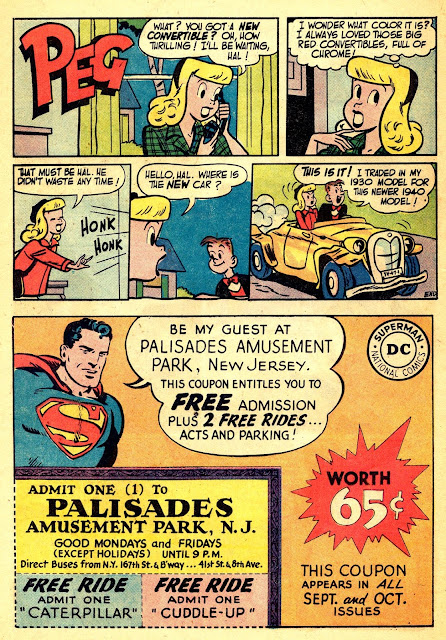 Interesting to note which celebs were big in 1958! 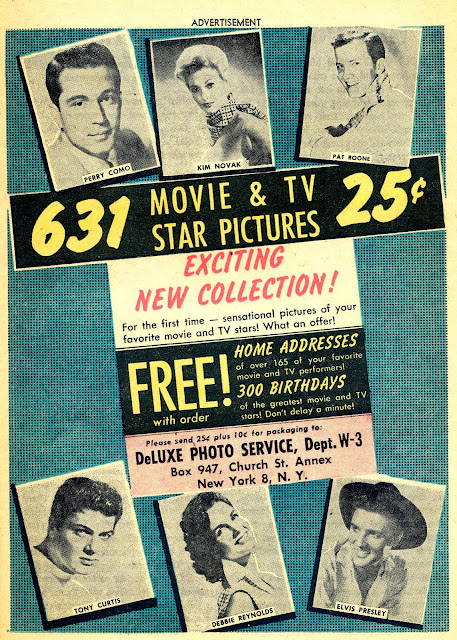 After a long and successful--if generally undistinguished--run, we lose George Papp on GREEN ARROW to be replaced by, of all people, Jack KING Kirby! Kirby's GA stories were hardly his most impressive but it's certainly interesting to see a different style on the seres after so long. It's been established that Jack's wife Roz helped considerably with his inking on these. 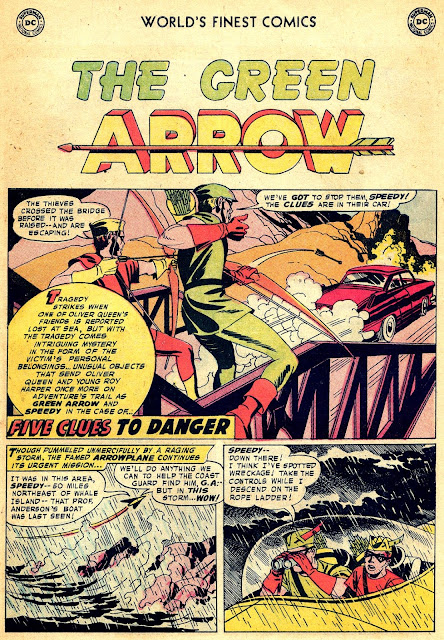 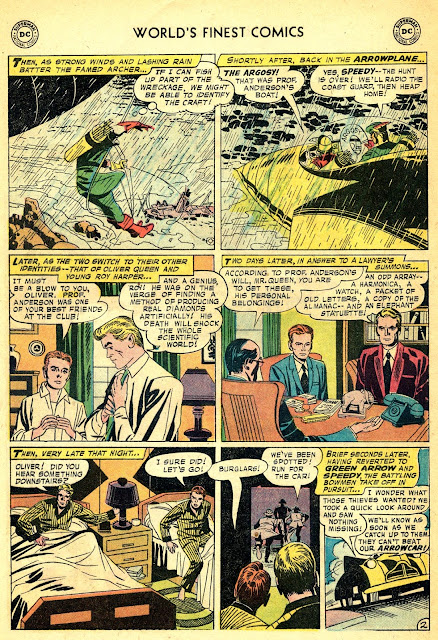 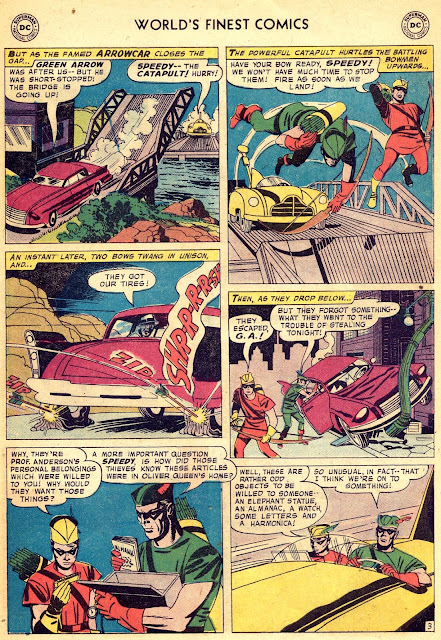 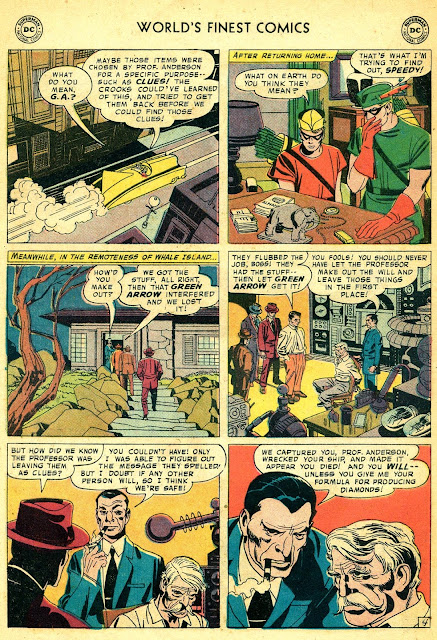 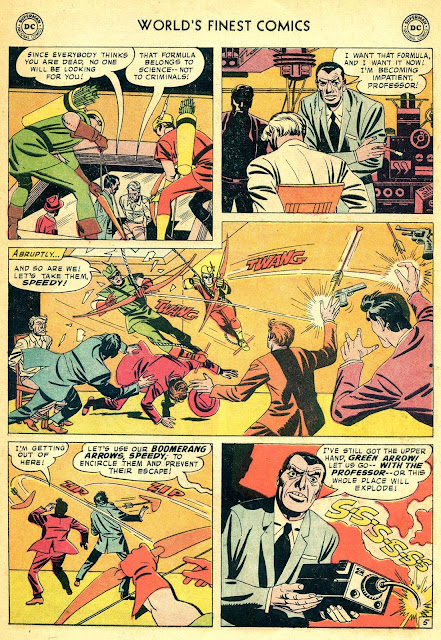 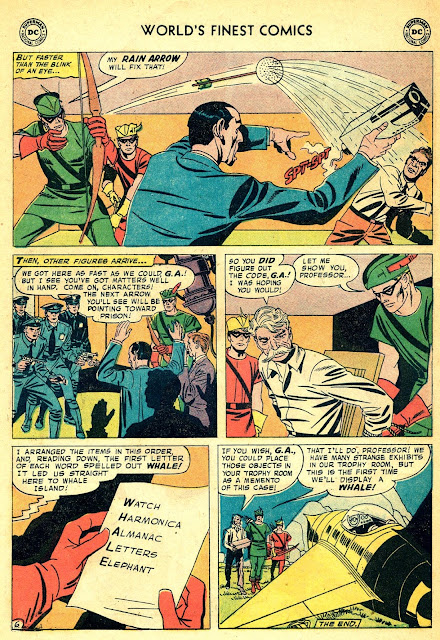