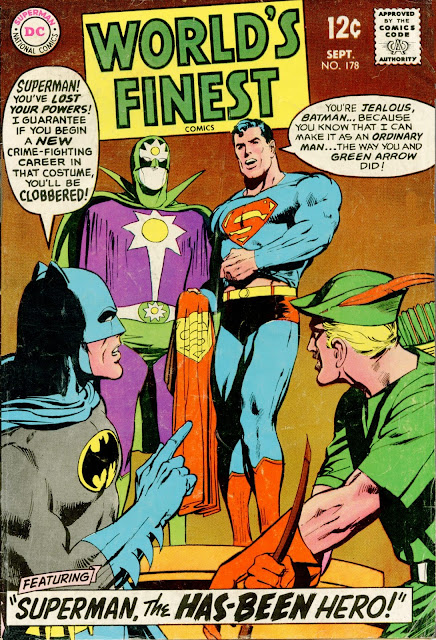 There have been some good imaginary stories in WF and this one, by Cary Bates, isn't bad. The problems start, though, with the fact that the lovely Neal Adams cover seems to promise great art inside when what we get is the mismatched team of Swan and Abel. This happened a lot at DC, especially on BATMAN titles. 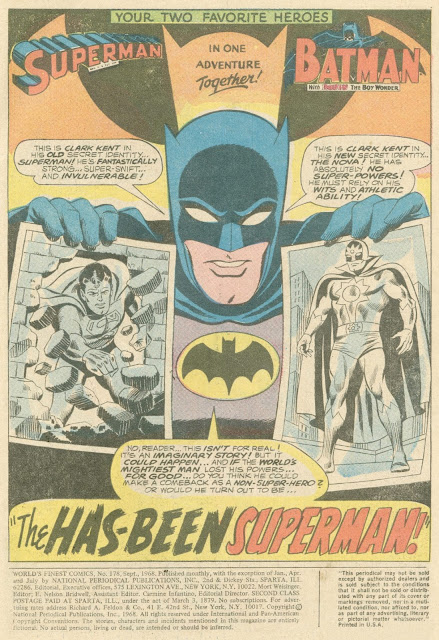 The story itself, Superman loses his powers and decides to become a non-powered hero…only he sucks at it. He gets blackmailed by the bad guys into going after Batman. 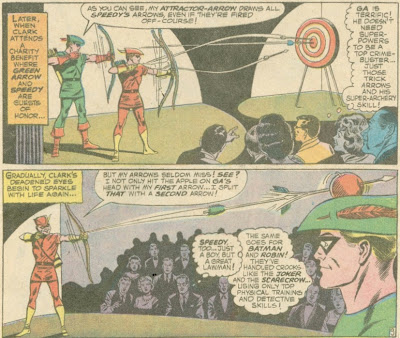 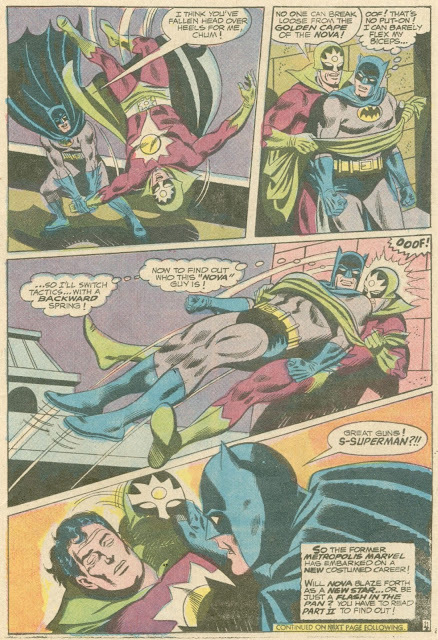 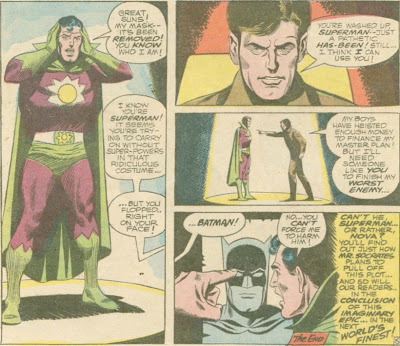 But we end up with an unfinished story to be continued next ish…only next ish is another reprint collection!!! 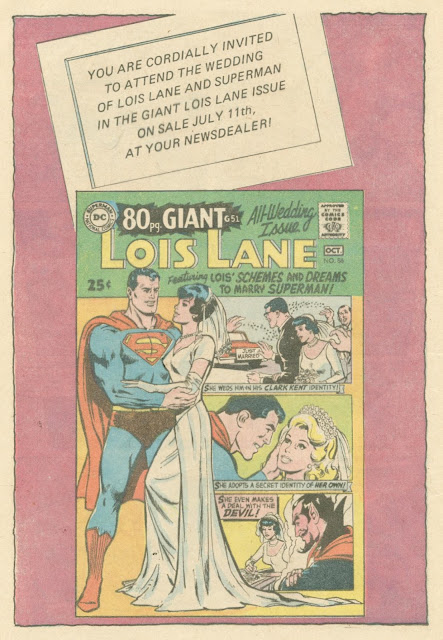 Even the letters page doesn't get the whole page. 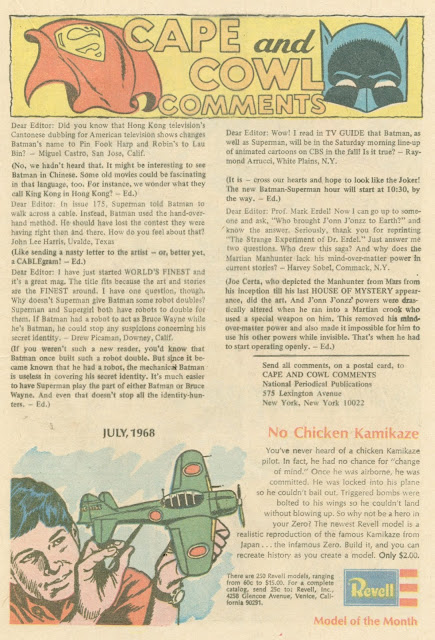 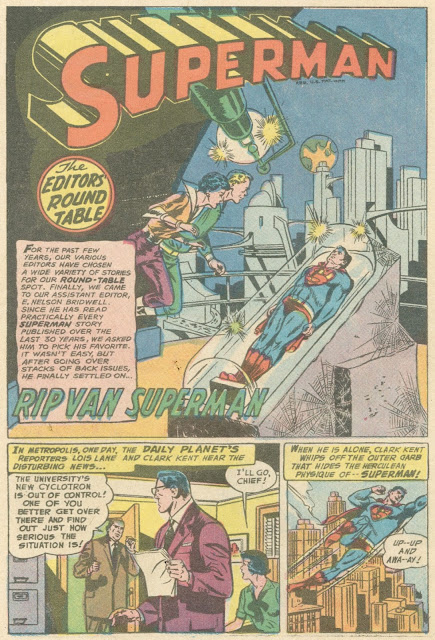