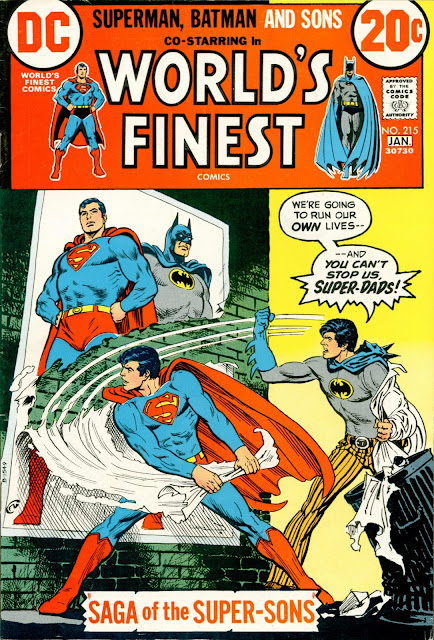 And so it begins. Old hand Murray Botinoff takes over the editorial reins from Julie Schwartz starting here and brings back his old BRAVE AND BOLD buddy Bob Haney to stir things up. And stir them he does with the start of one of the most controversial series ever in the title--The Super-Sons. 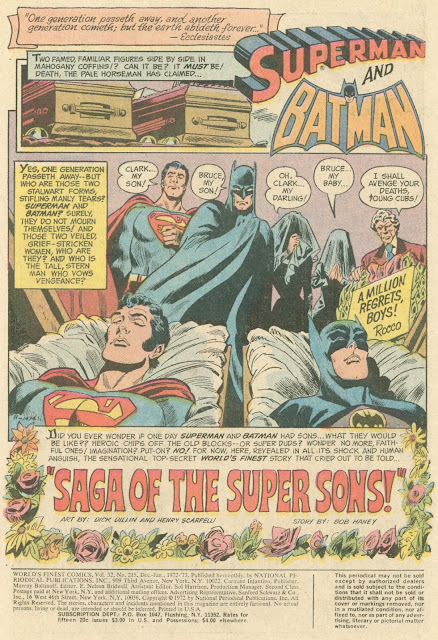 As Haney--infamous for his disregard of any and all continuity--explains in his text piece below, this was NOT an imaginary story, a hoax or a dream. This was real and in continuity! How? Well, you see, since we only see Bruce and Clark for the amount of time it takes to read their comic book adventures once a month, we miss the rest of their lives where a lot of things are happening. These include both heroes getting married, both having sons and both raising them to near-adulthood! Never mind that Superman was officially 29 years old, dammit! Haney knows what makes a good story! 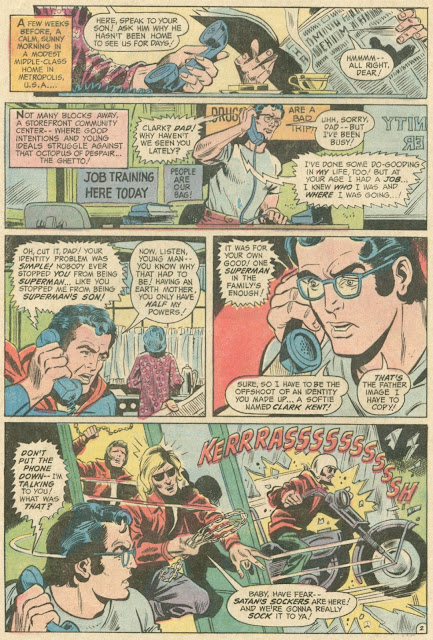 He was wrong as fans were confused and generally didn't care for the stories. But that didn't stop him either and they appeared far too long. Much further down the line there WILL be a retcon that attempts with some success to explain it all. 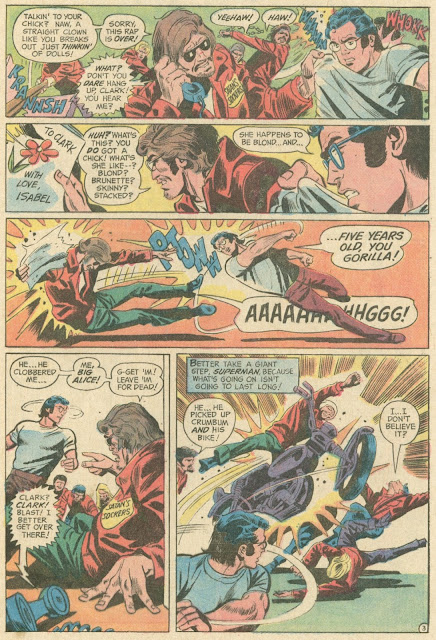 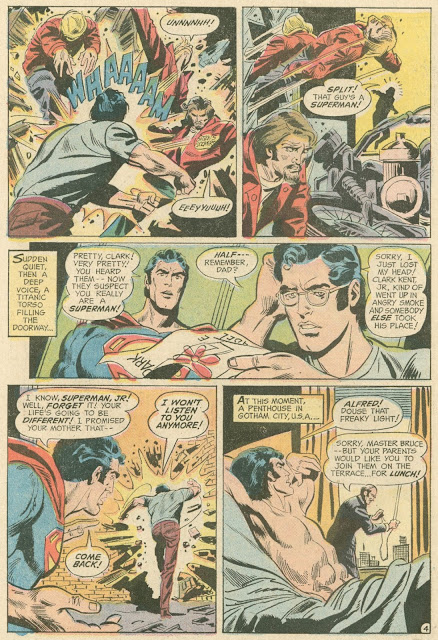 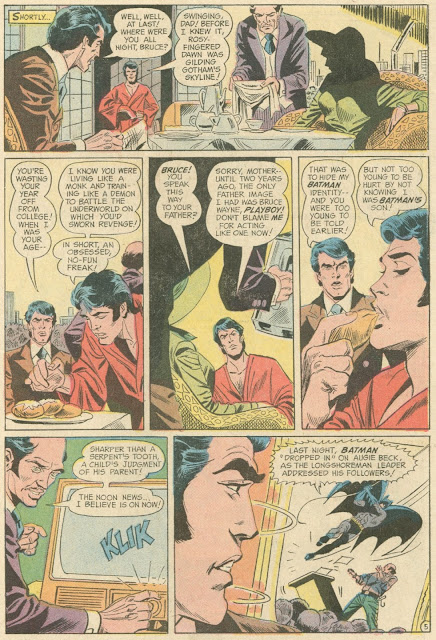 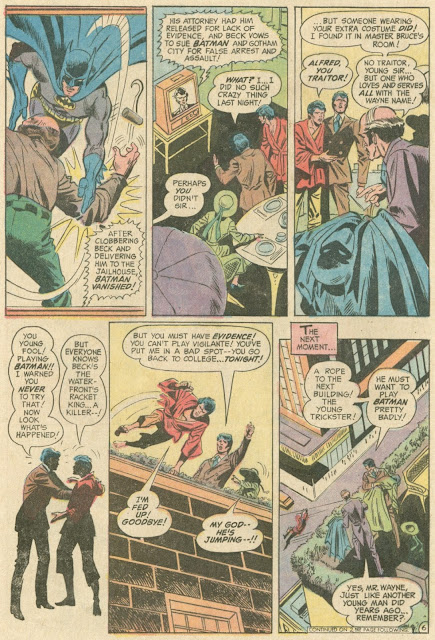 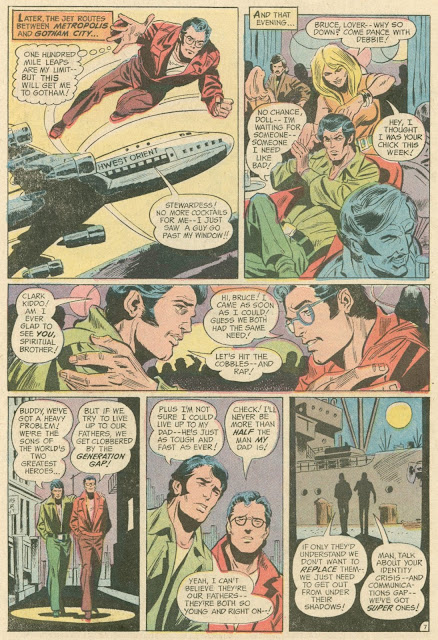 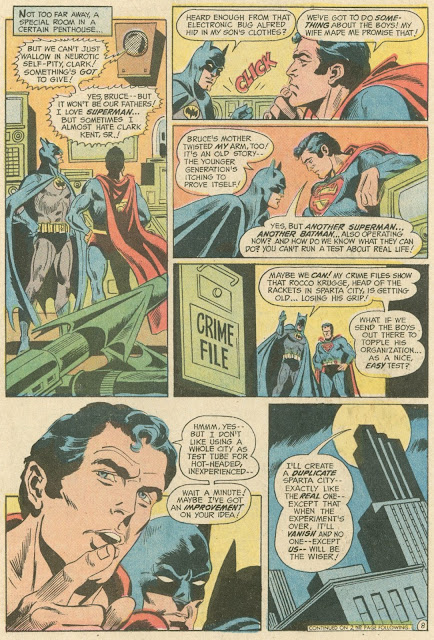 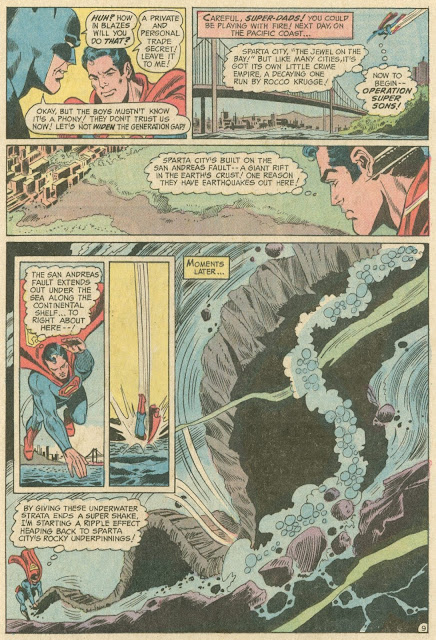 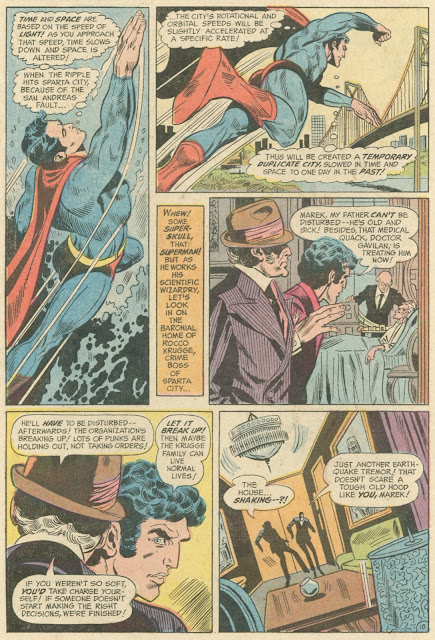 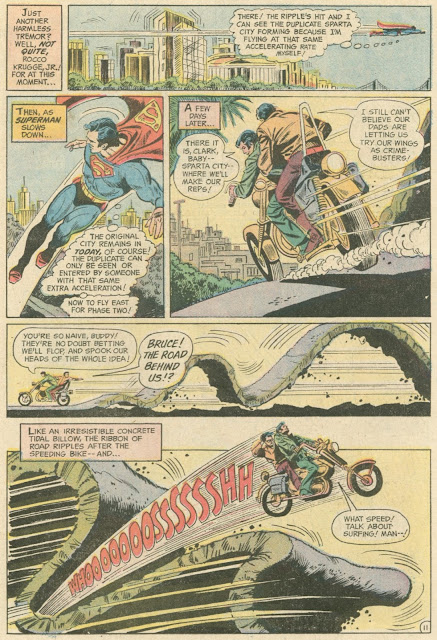 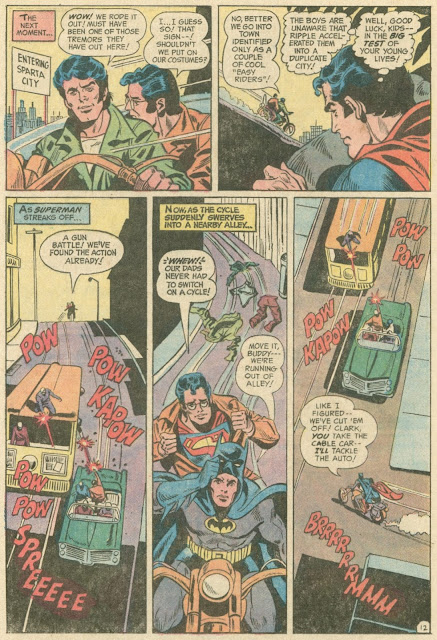 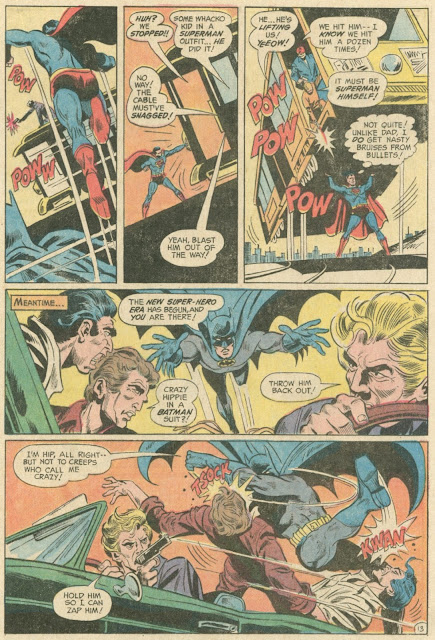 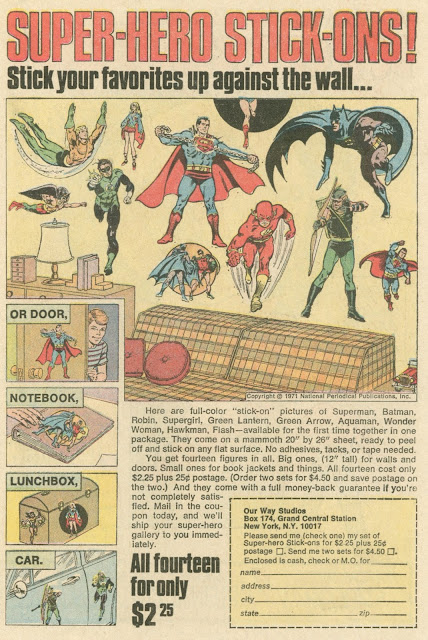 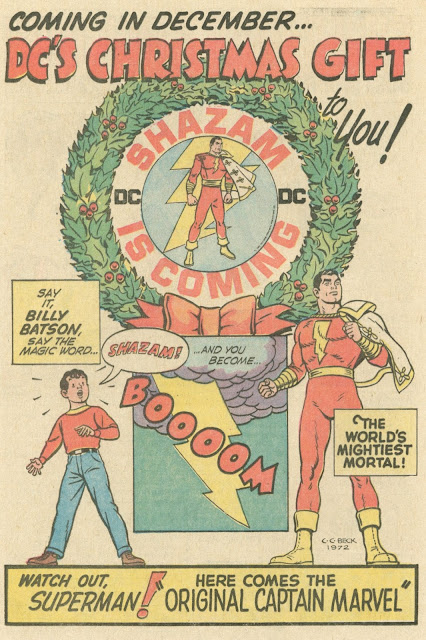 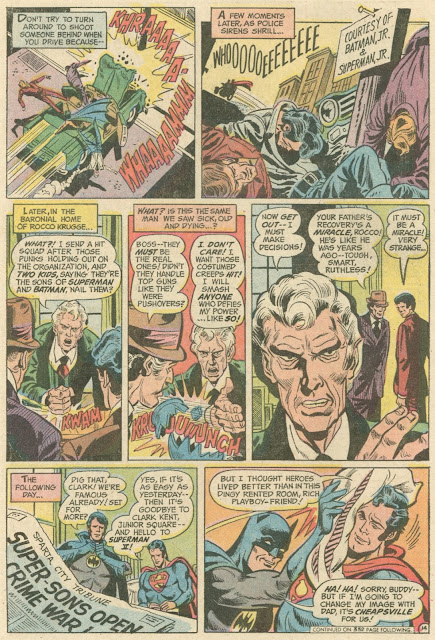 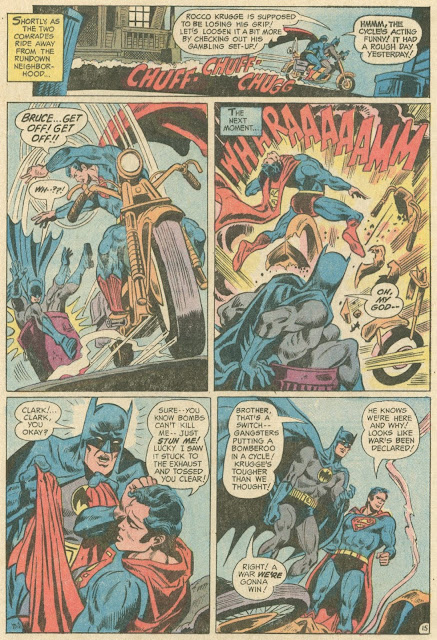 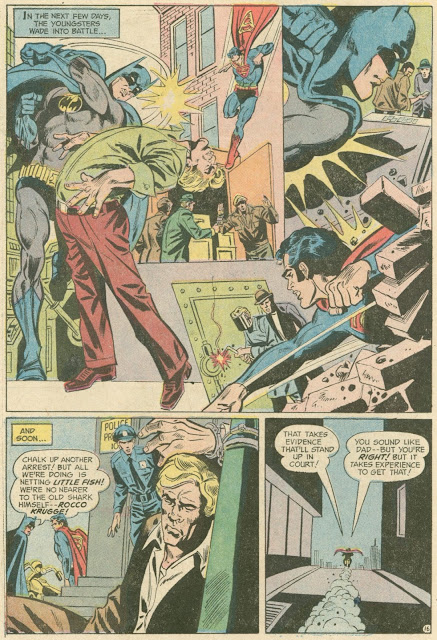 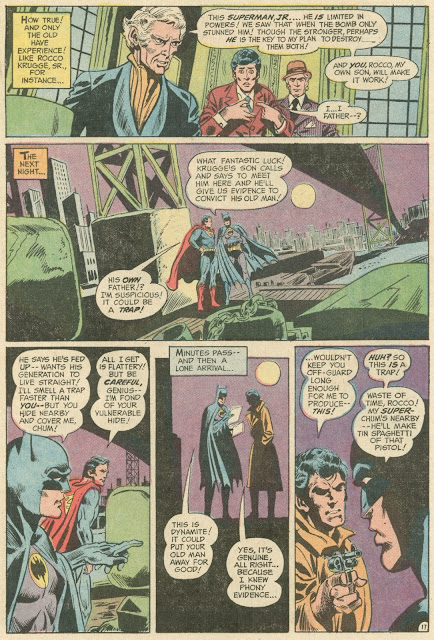 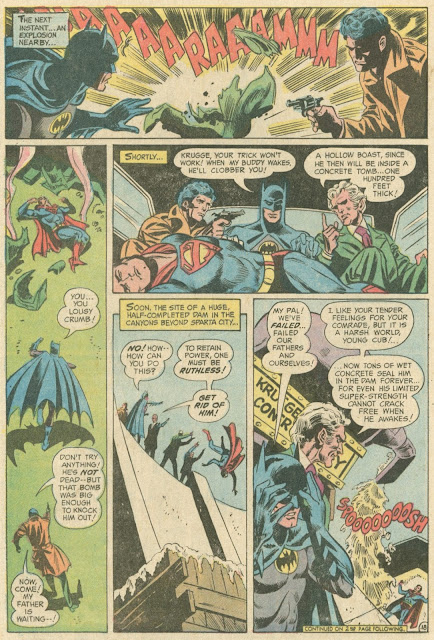 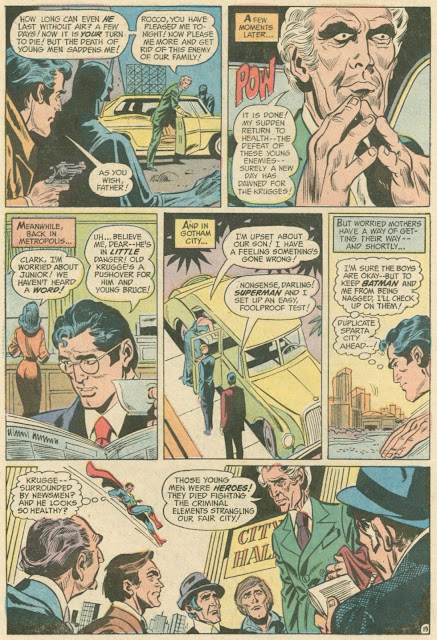 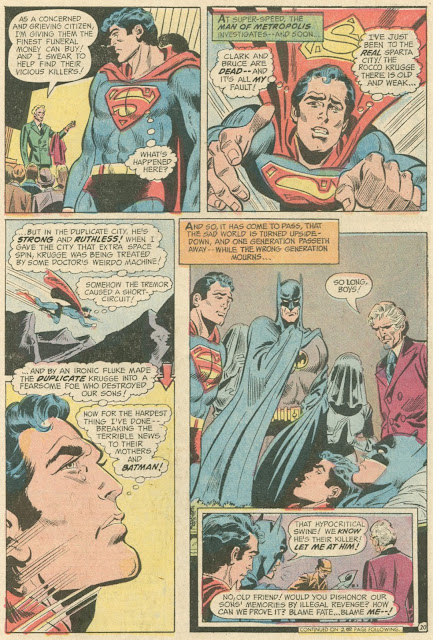 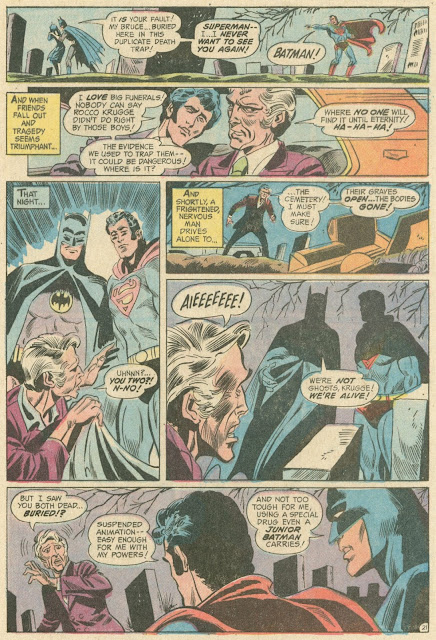 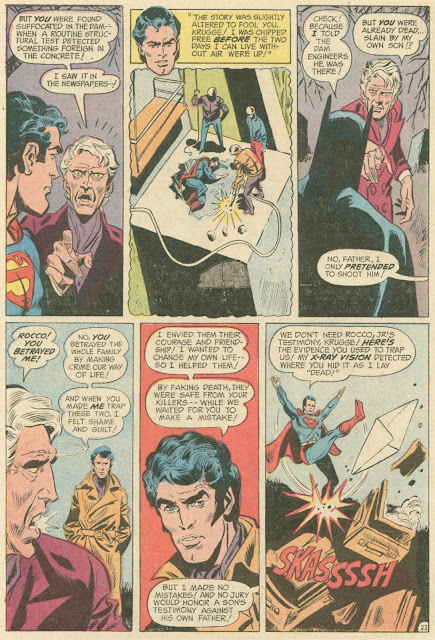 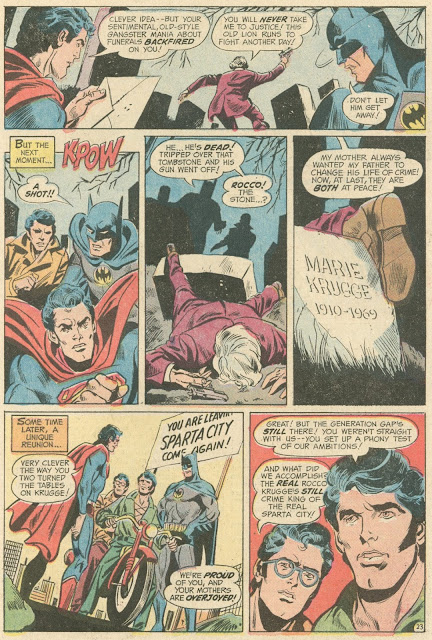 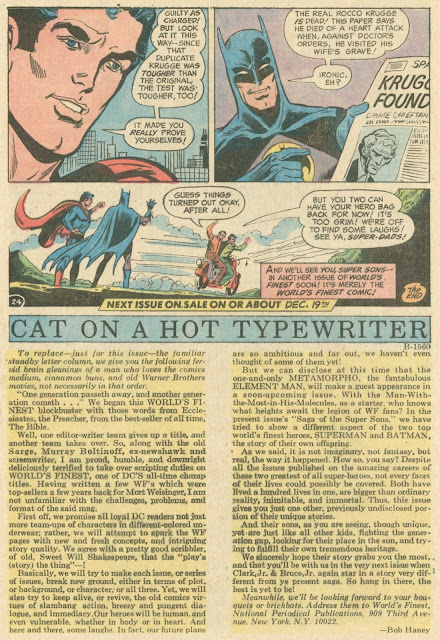