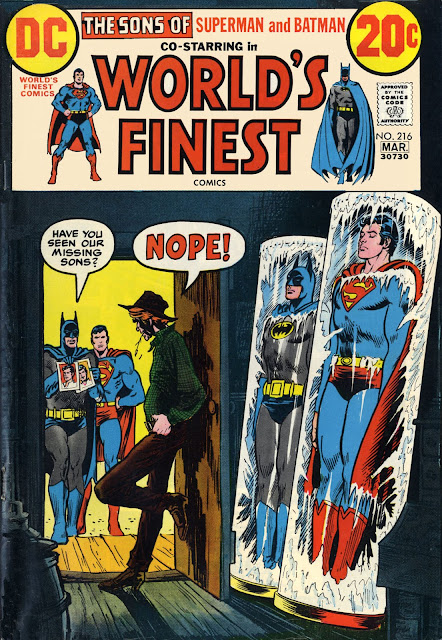 Here we are again. This time the real Batman and Superman don't even appear except on the cover and the splash page. While it might have been interesting to see how the Sons fit in with the rest of the DC Universe, instead we get them traveling the country in an attempt to "find themselves" a la the then recently successful Green Lantern/Green Arrow series. Just as it was in the earlier TEEN TITANS series, Haney's "hip" dialogue is almost painful to the ear. Having little in common with the way people actually spoke even then, this is nota  new development. 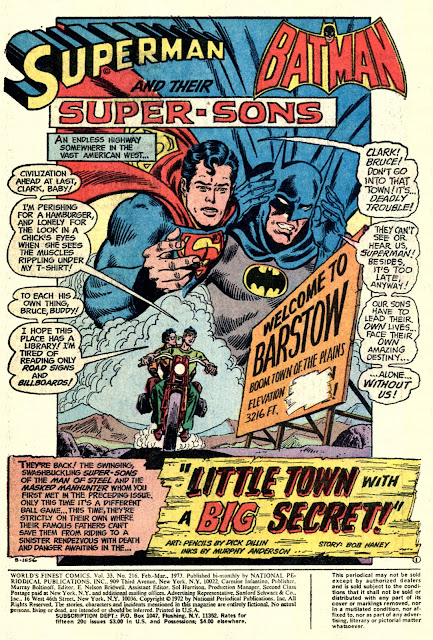 The great Murphy Anderson takes over as inker and adds his magic touch to even Dillin's pencils. The story is another heavy-handed attempt at relevance as our heroes--rarely seen in costume--attempt to fathom the secrets of  town that years before had killed peaceful alien visitors out of fear. 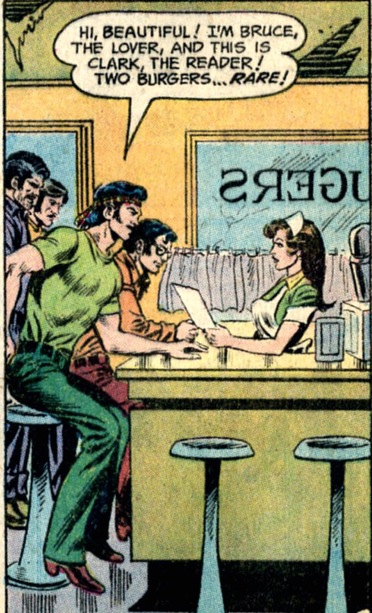 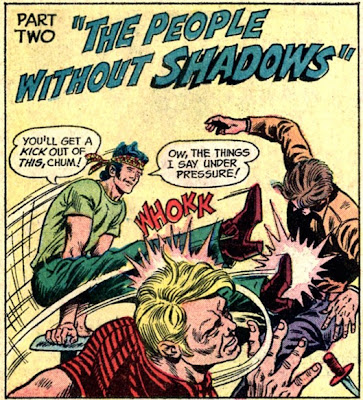 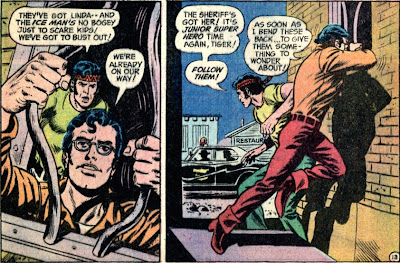 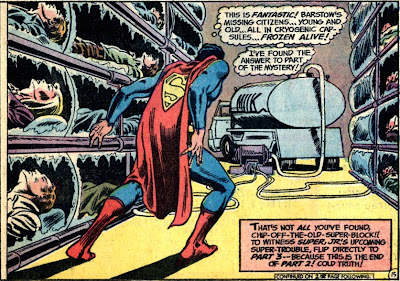 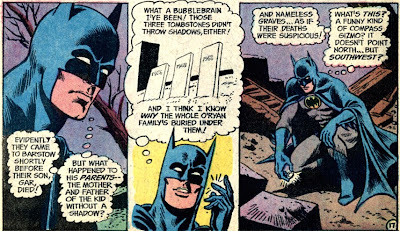 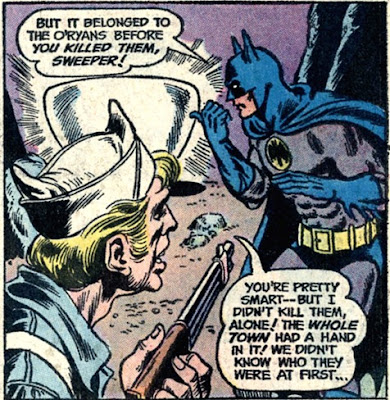 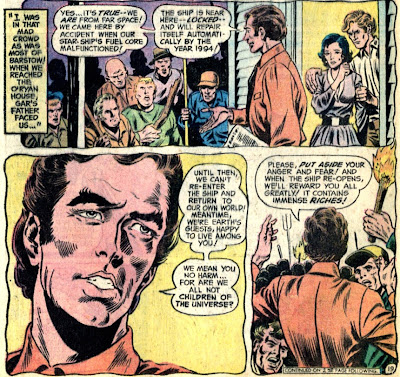 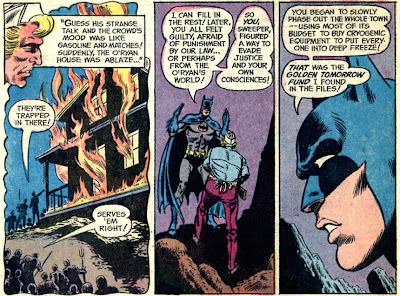 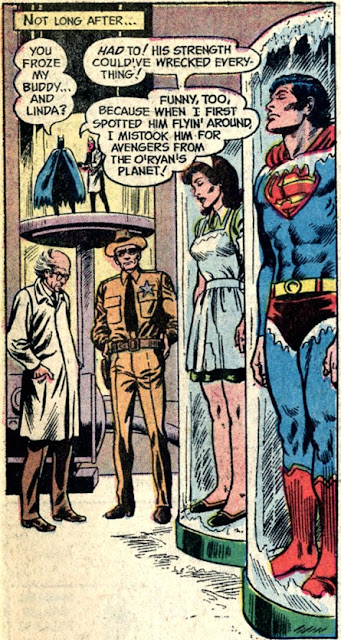 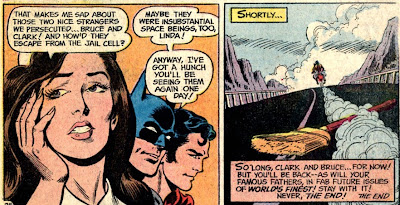 The affable Dick Dillin gets his own bio-page. 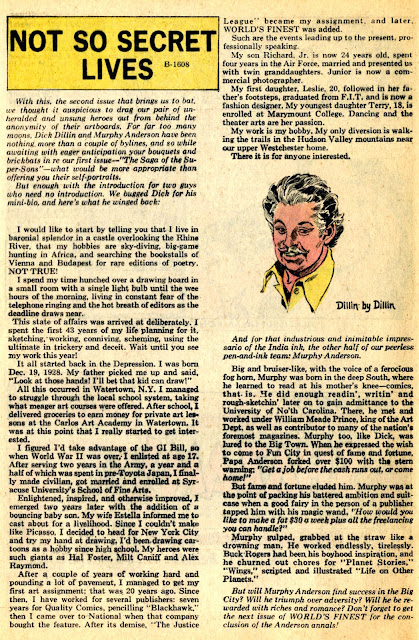