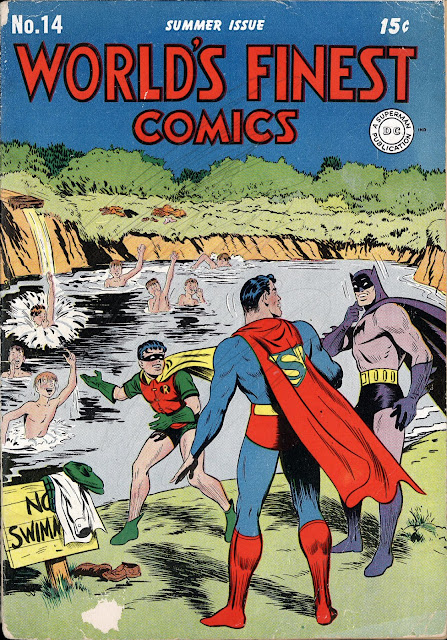 A great awkwardly comical cover by Burnley greets us this ish without a trace of homefront propaganda. 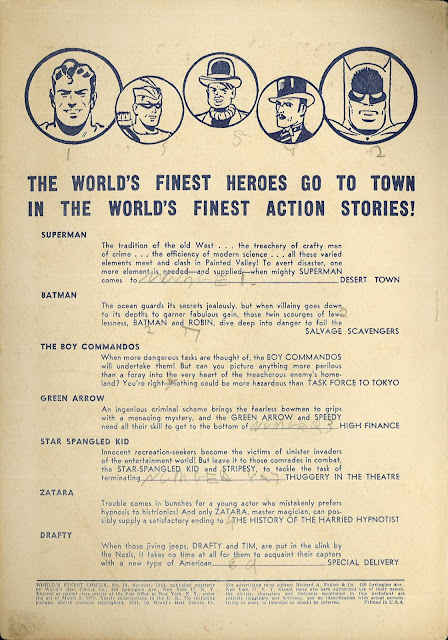 GCD says this is Wayne Boring and George Roussos. I can see the latter's trademark inkiness but Borig was clearly doing Shuster and nowhere near any of his own trademarks yet. 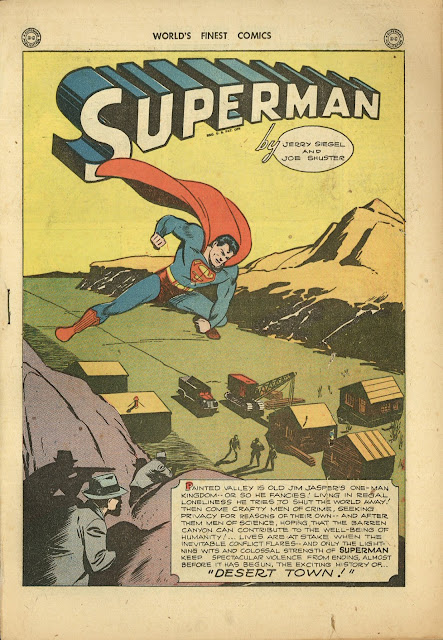 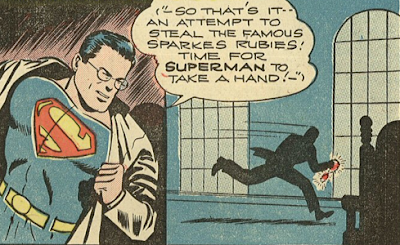 Here we have an odd addition from Tom McNamara. An interesting subject himself, McNamara had been a newspaper cartoonist for much of the 20th century but also appeared in a Vaudeville blackface act and directed some early OYR GANg comedy shorts in the late twenties. 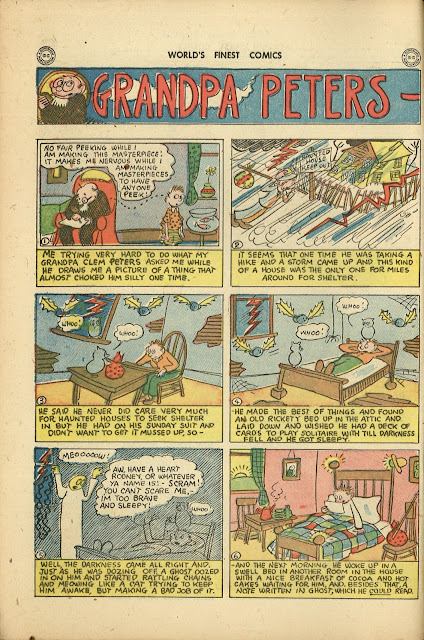 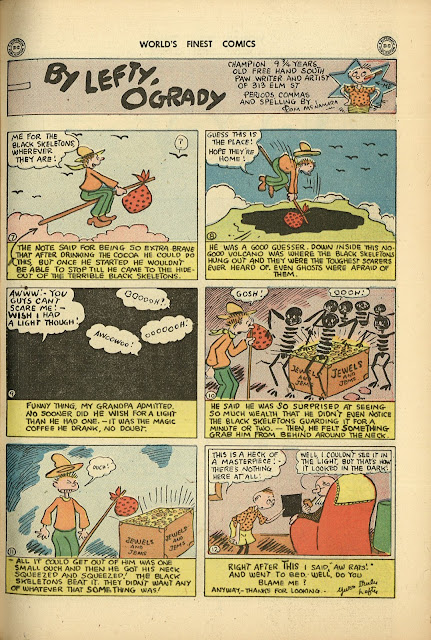 Hey, Drafty gets a sidekick! 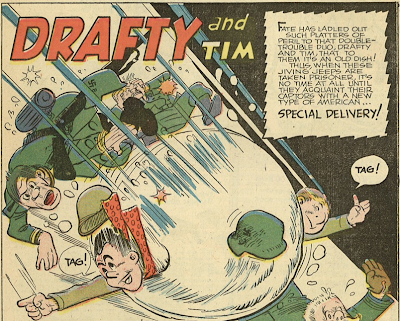 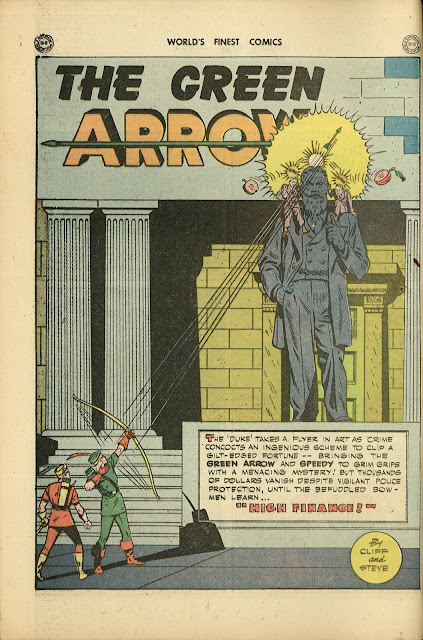 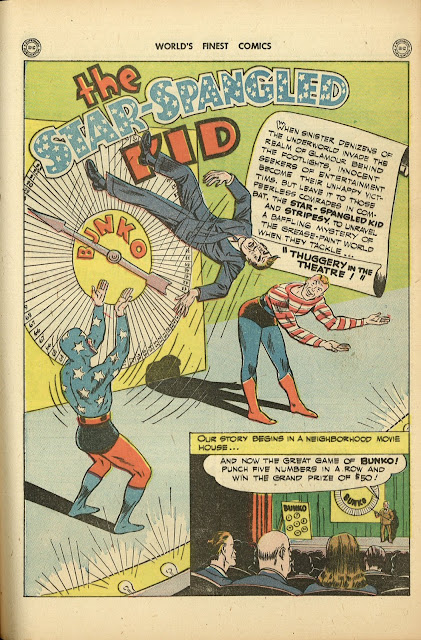 Strange to see one page fillers that are NOT by Henry Boltinoff! 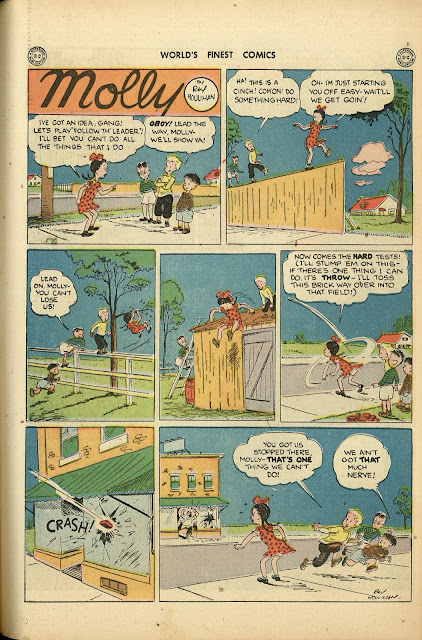 Couldn't let an issue go by without at least some message for the cause! 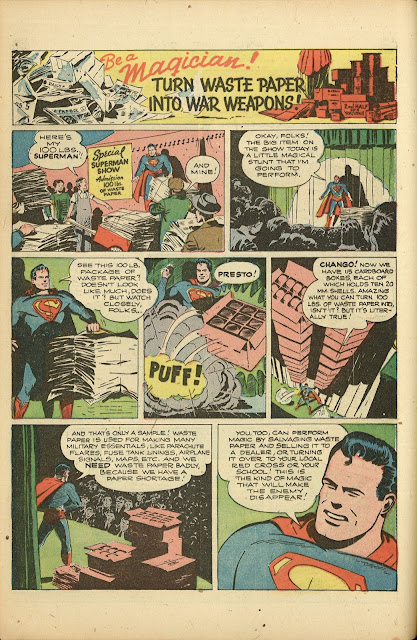 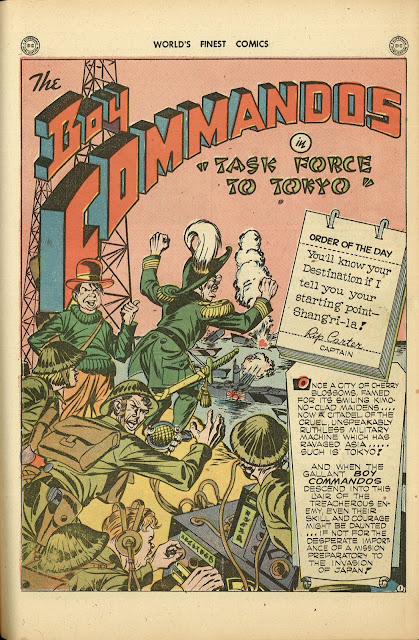 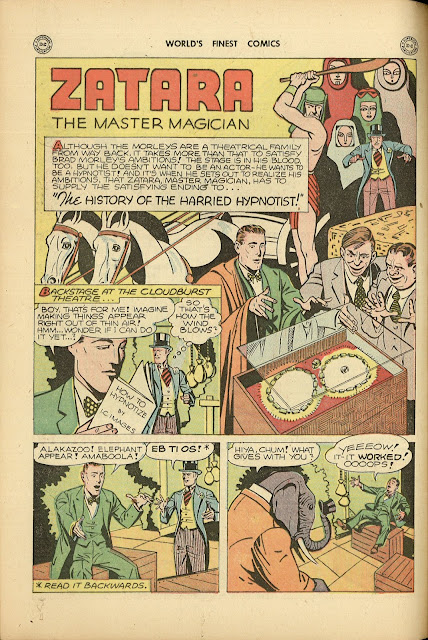 Even the ad takes on the wartime "V" for Victory. 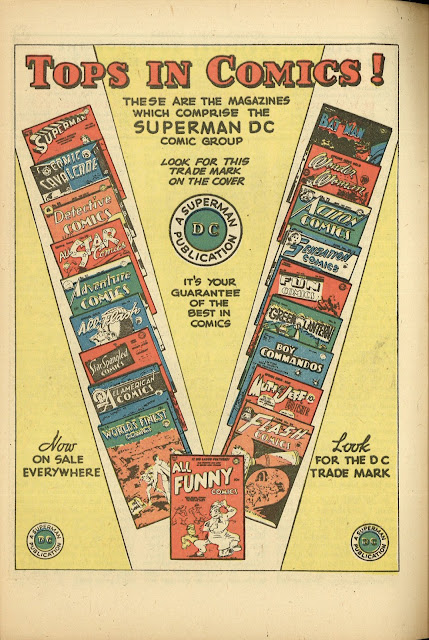 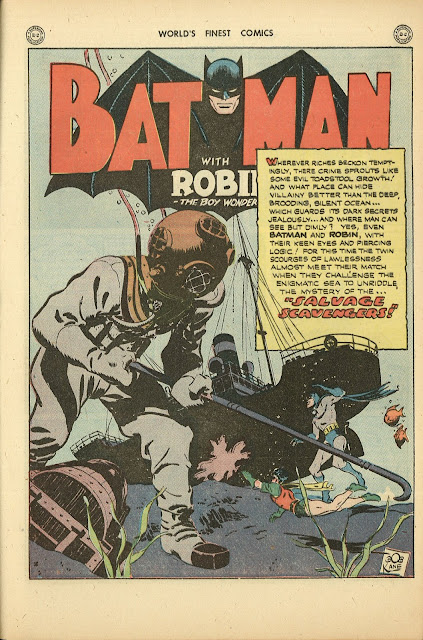 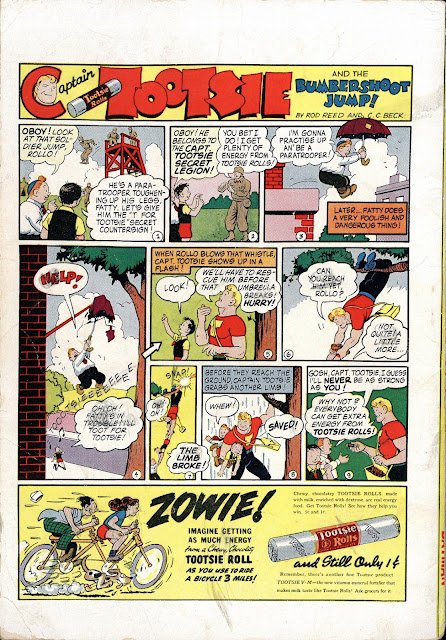