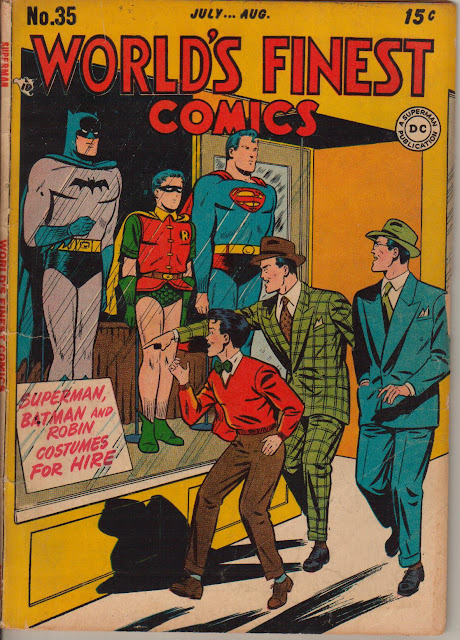 Maybe it's just me but i really like this cover (although I'd prefer a slightly better color scheme for the background and a better suit for Bruce). Just as last issue's Superman story was obviously Plastino, this one is equally obviously Wayne Boring who was by now considered THE Superman artist (while Curt Swan was still warming up in the wings on this issue's BOY COMMANDOS story). 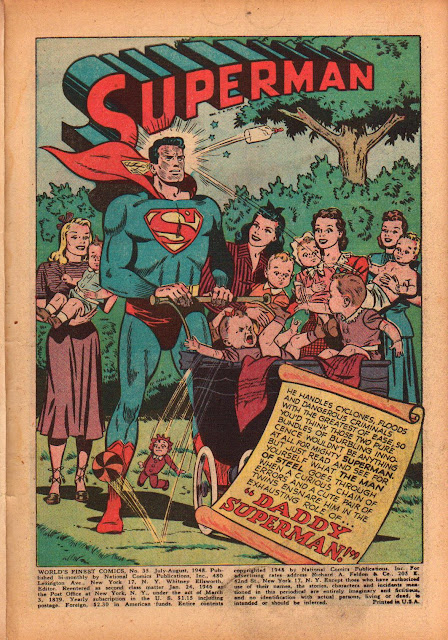 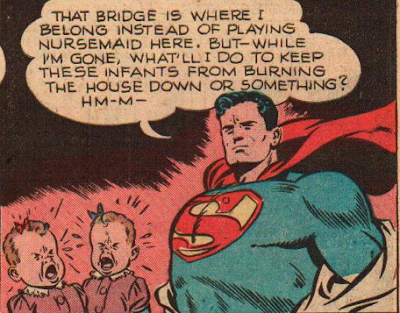 Judy, Buzzy, Binky...in lieu of an immediately obvious post-war trend, DC was even jumping on the Archie bandwagon. 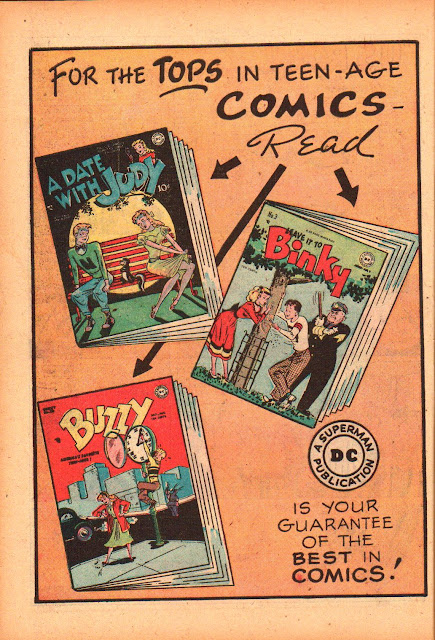 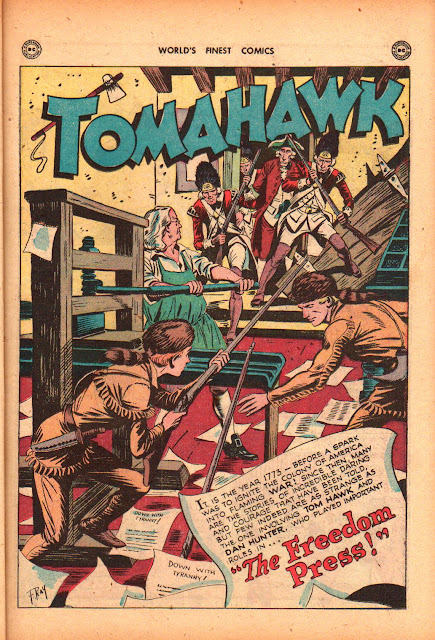 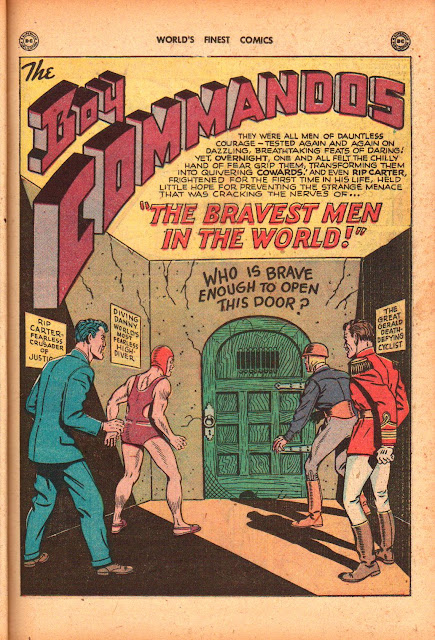 The radio comics might have been a great idea if not for television's belated arrival. Can you imagine say an X MINUS ONE comic from DC? 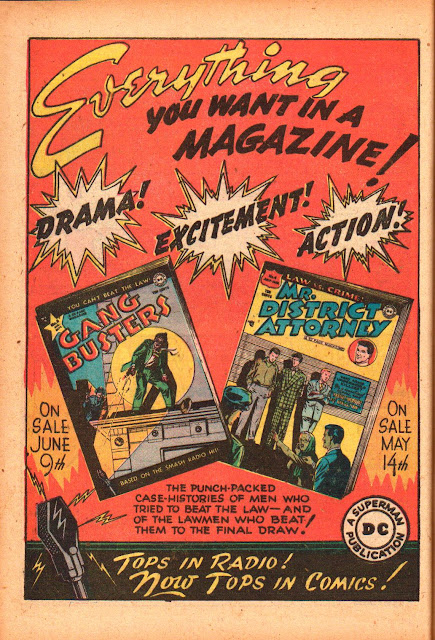 One again GA faces "that baleful buffoon, Bull's Eye." AKA his "Joker." 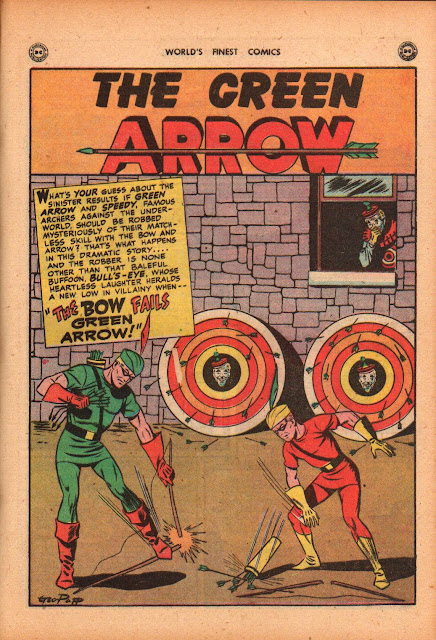 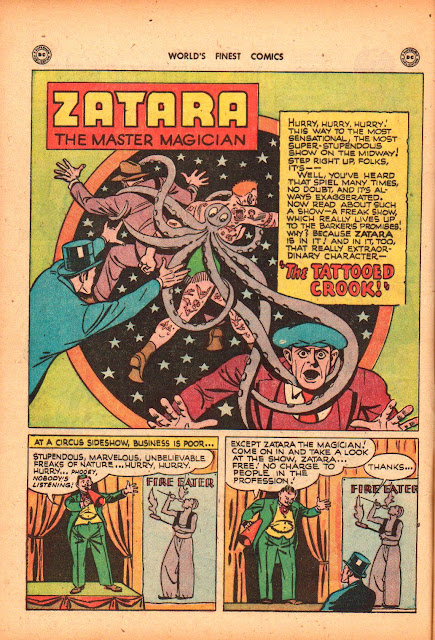 And the Penguin, another of the Caped Crusader's most prolific enemies, makes his WF debut with this issue. 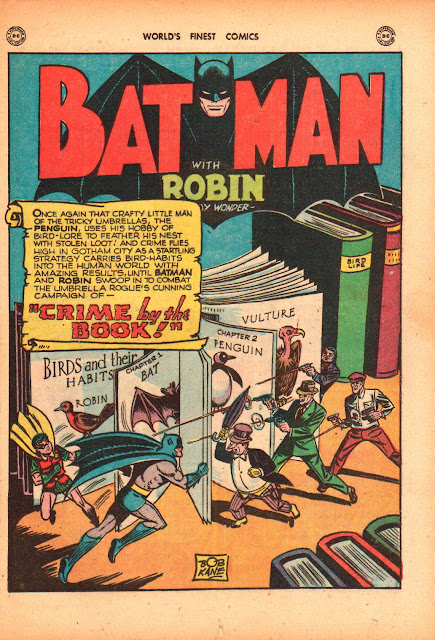 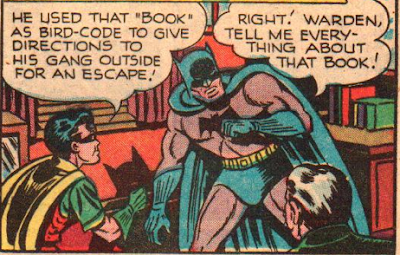 Wow. The ad below is not really the most awe-inspiring ad ever. 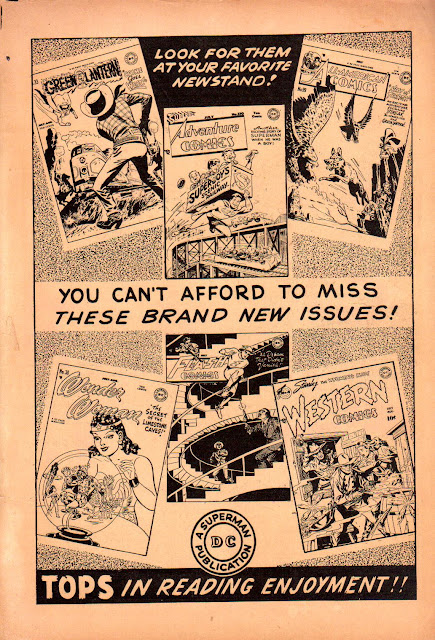 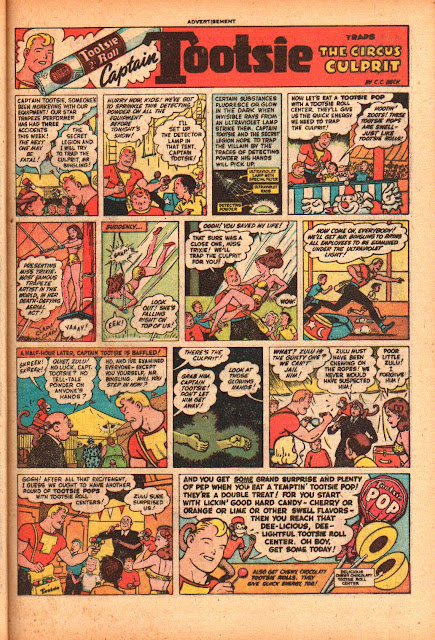