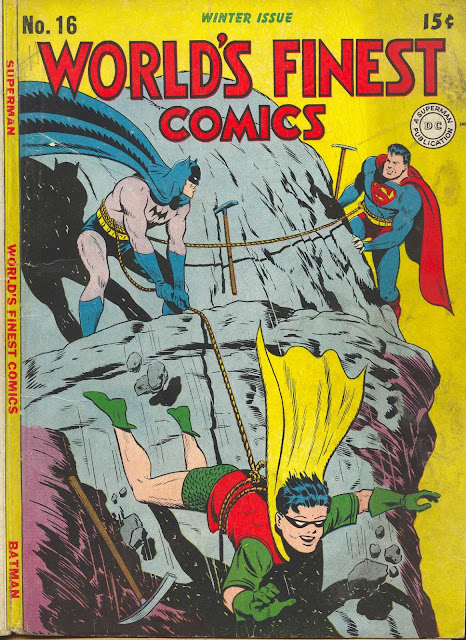 I have no idea what is happening on this cover unless Batman and Robin are demonstrating some sort of early, unperfected version of bungee-jumping to Superman.

I neglected to mention that a few issues back we started losing pages although remaining at the elevated price, five cents more than other comics. 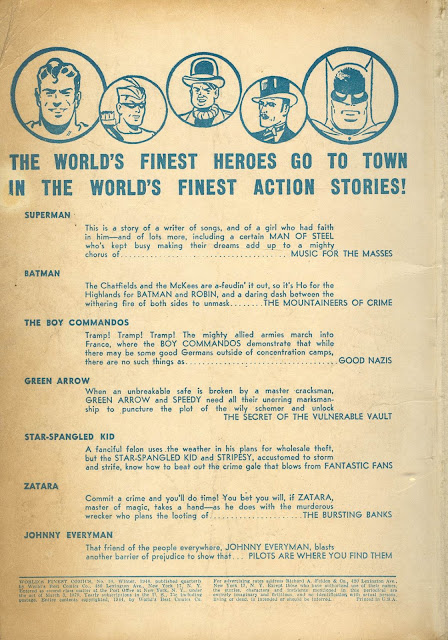 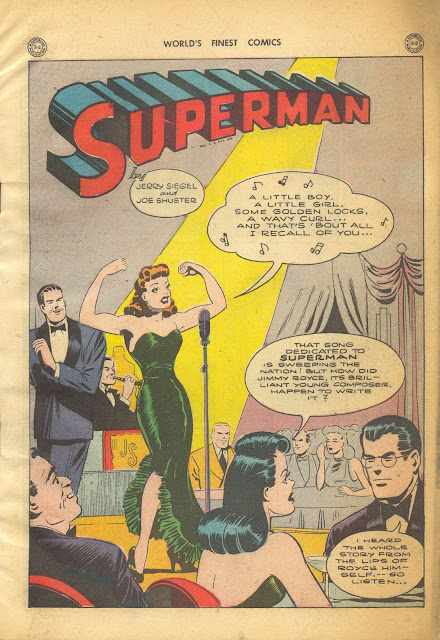 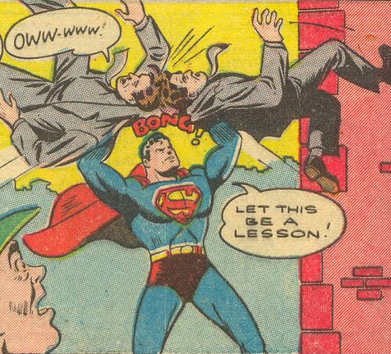 Seen below is J. Wilbur Wolfingham. Believe it or not, this W.C. Fields-inspired character--a con man, naturally--was one of the Man of Steel's greatest foes in his early years! 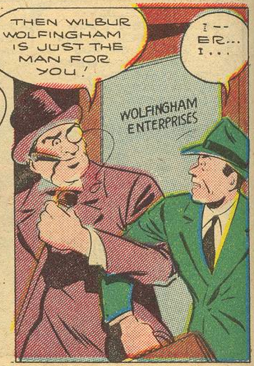 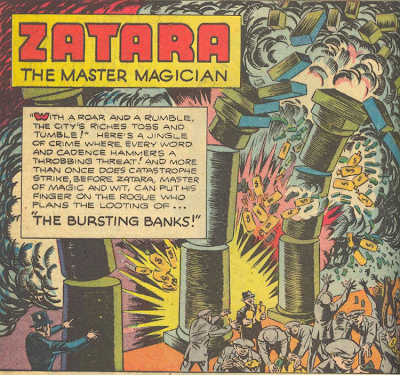 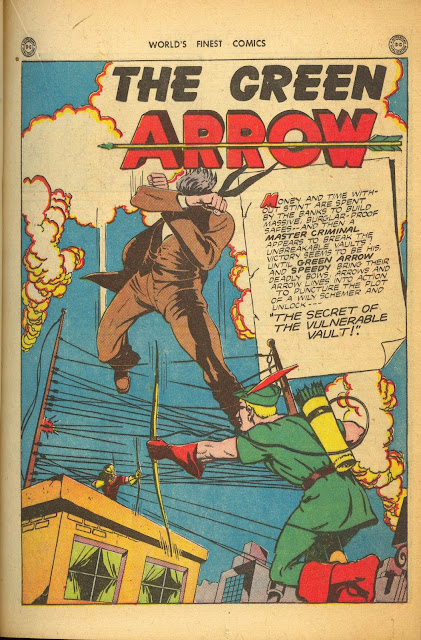 Trains were big with kids in those days. I remember my Aunt still having her by then grown son's Lionel trains when i was a kid. I'd sit and play with them for hours! 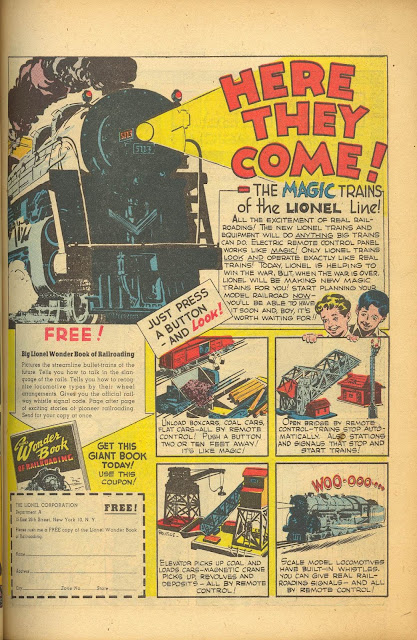 Another 2 page shoe ad from George Roussos! Thom McAn was a major comic book advertiser throughout the forties. 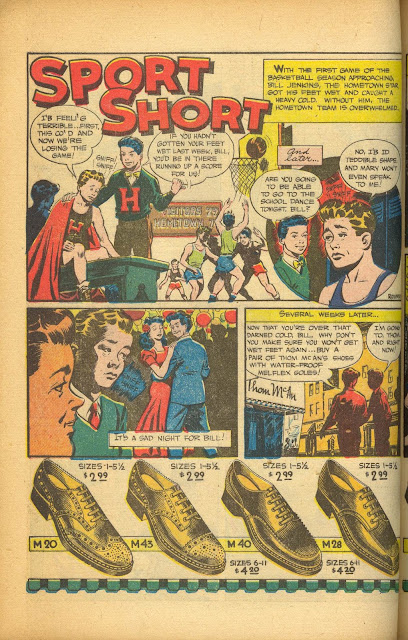 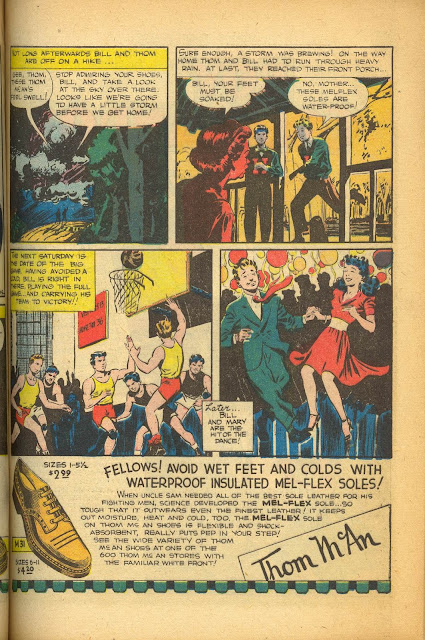 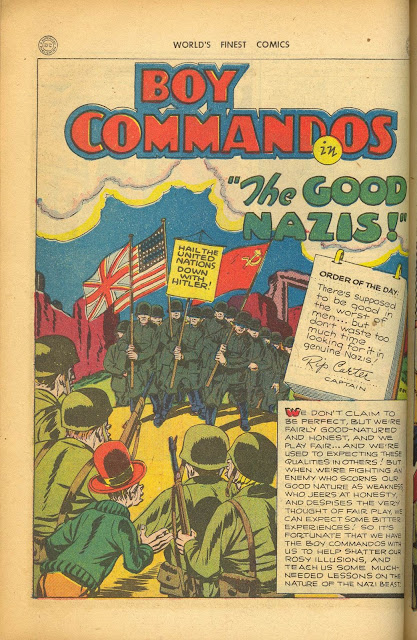 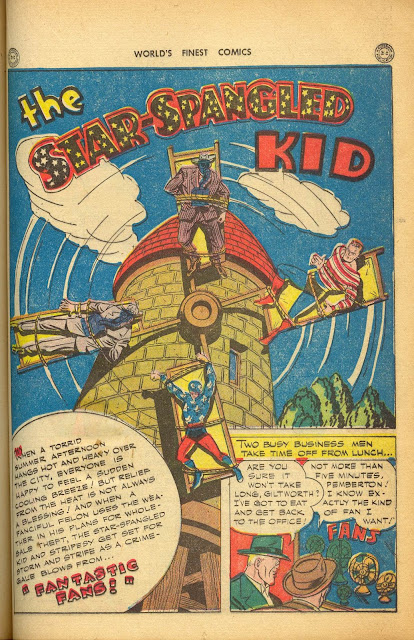 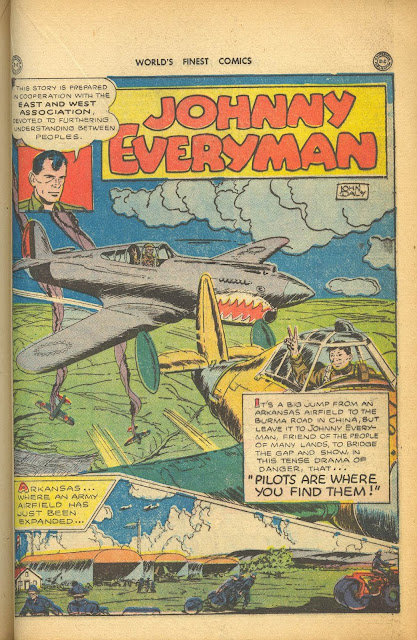 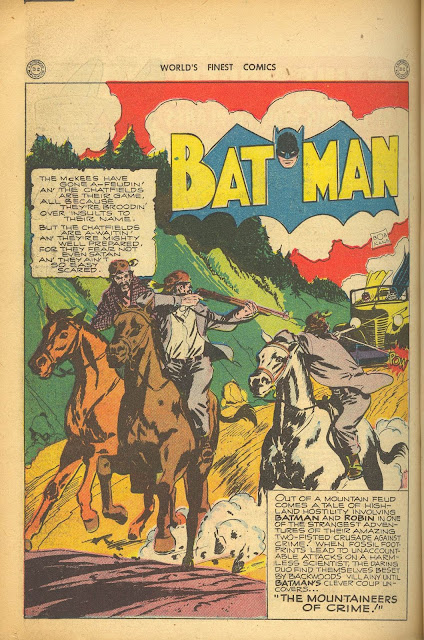 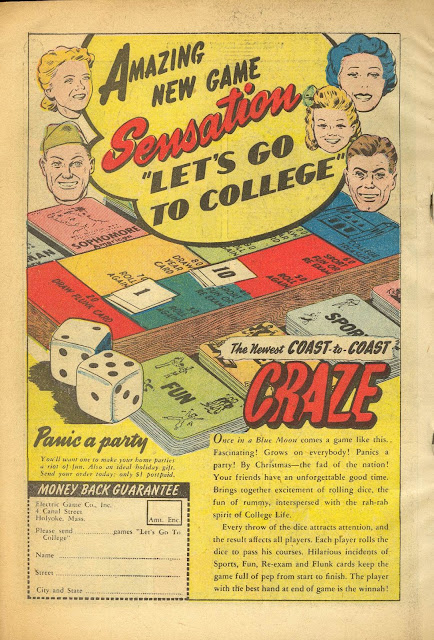 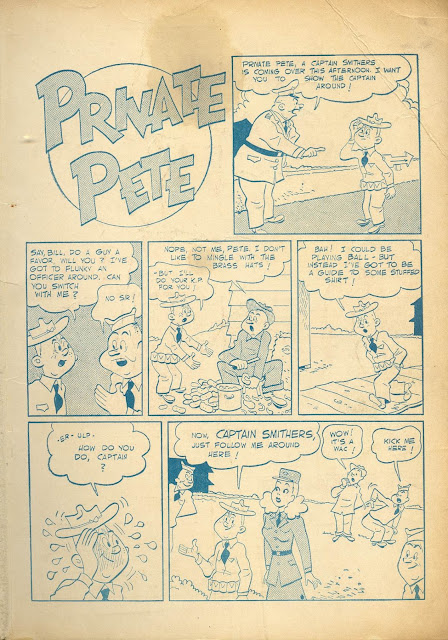 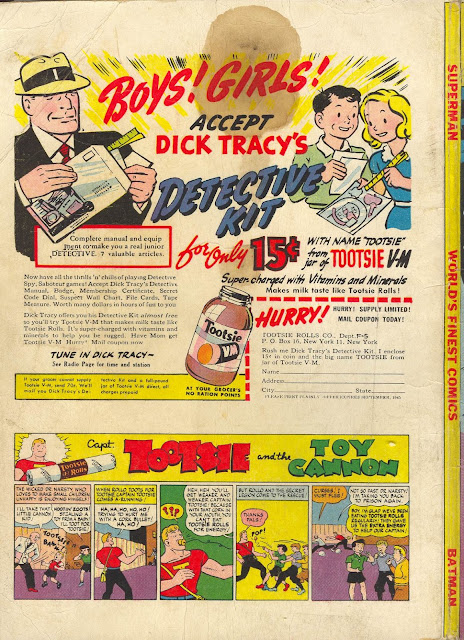