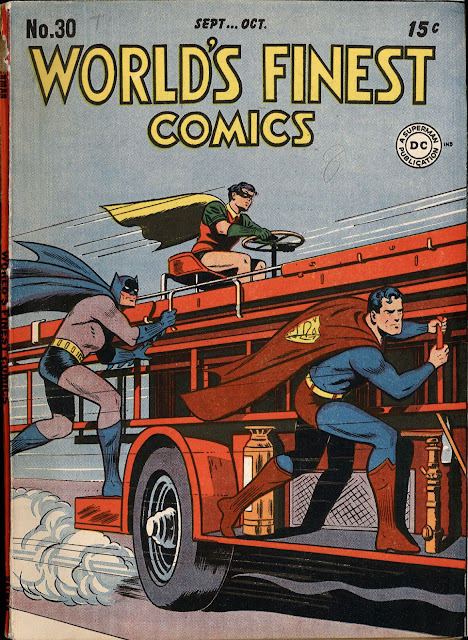 Well, I see our heroes are off on a case instead of the usual frivolity. Why Superman doesn't just fly ahead and bpow out the fire with his super breath I don't know. Was he that powerful yet? His powers built slowly over time. 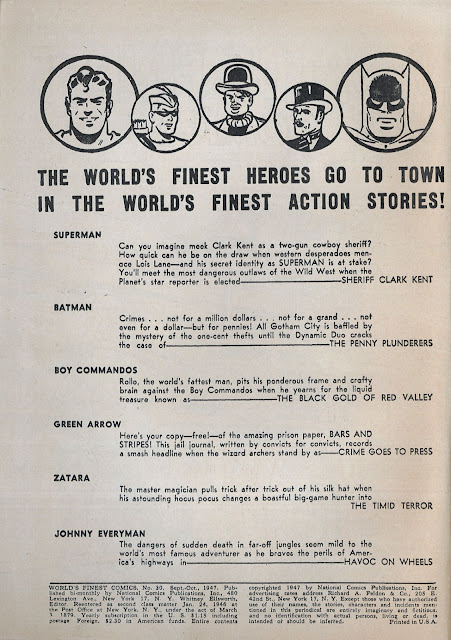 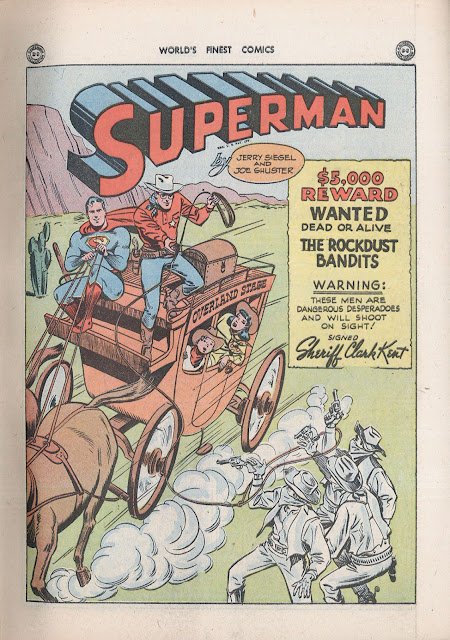 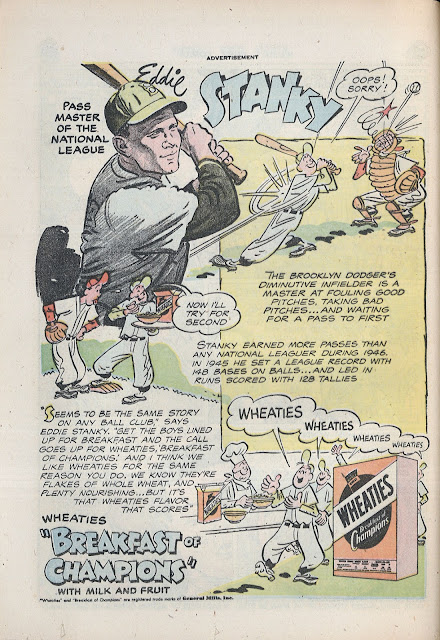 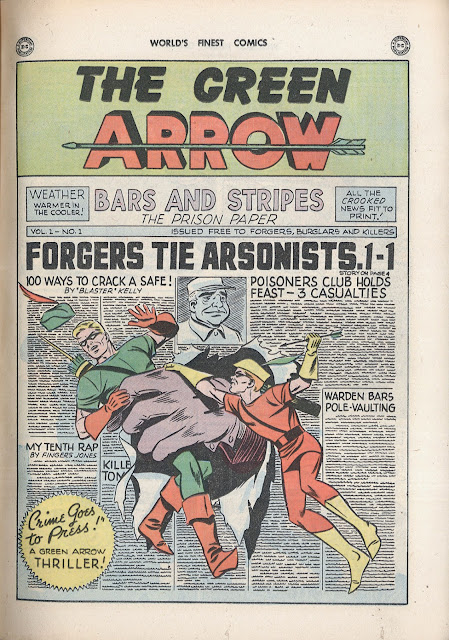 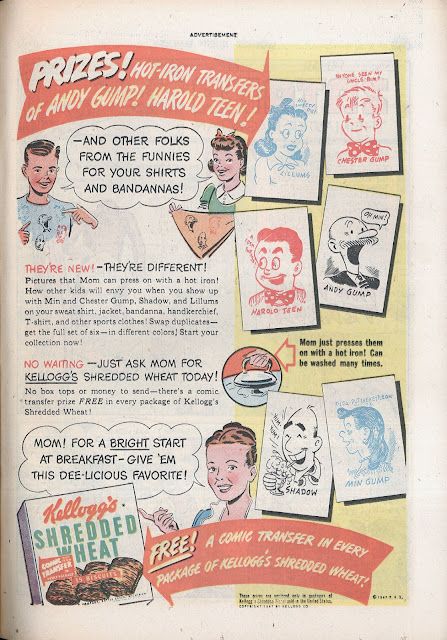 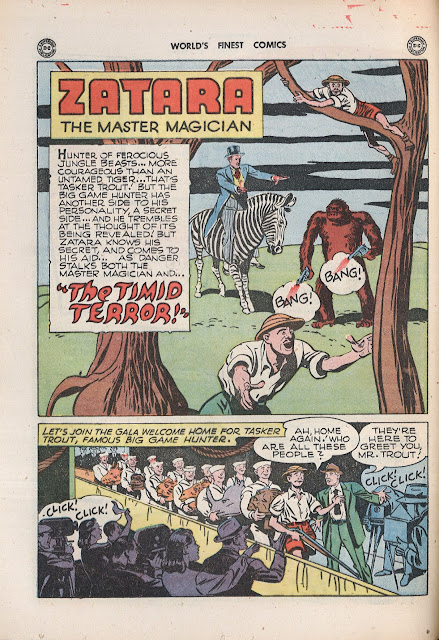 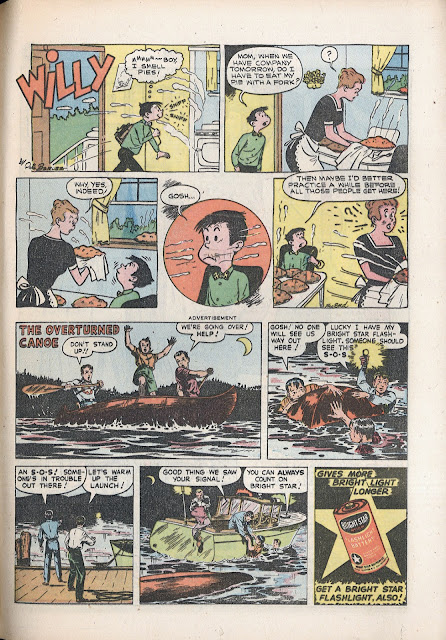 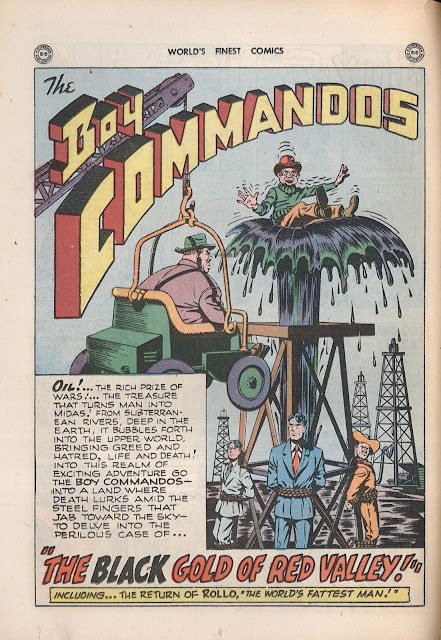 Johnny's back after a one issue absence with something akin to those traffic scare films they used to show in schools. 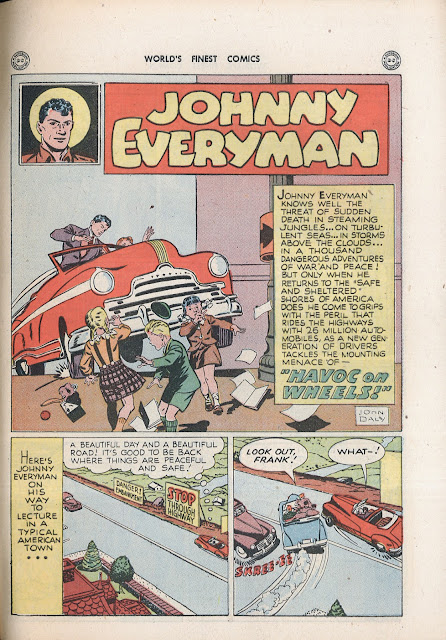 The highlight of this issue is this story. One of the great iconic images of the Batcave, even through most of the gritty reboots, is a giant Lincoln penny. THIS is where that penny comes from! 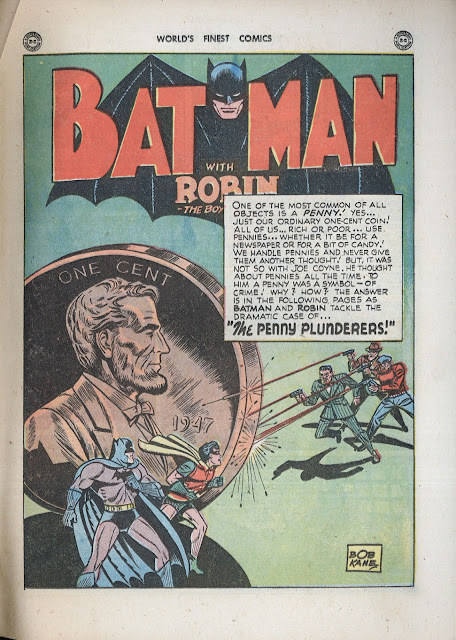 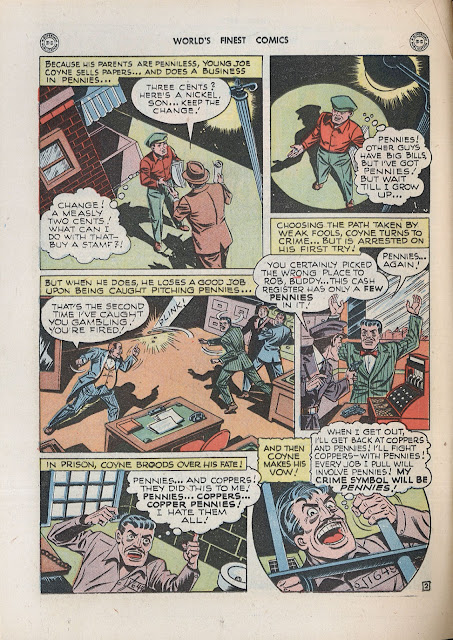 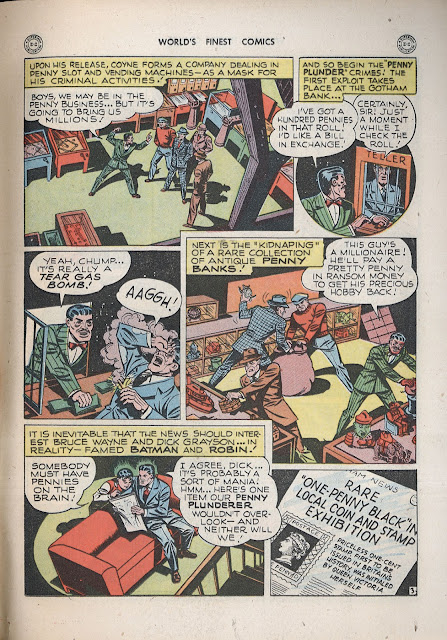 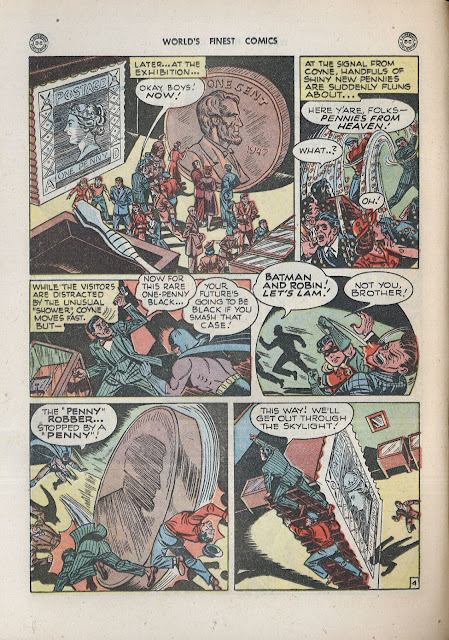 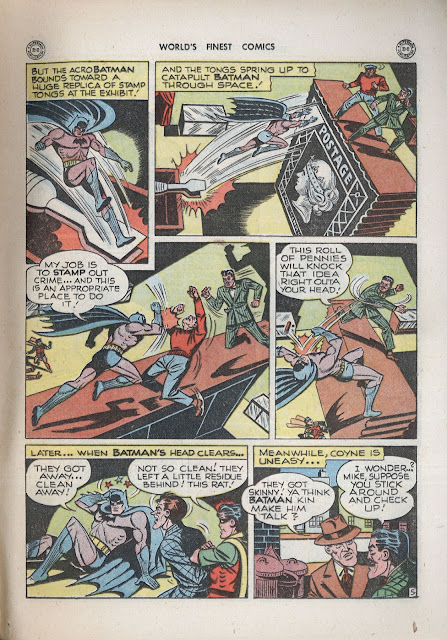 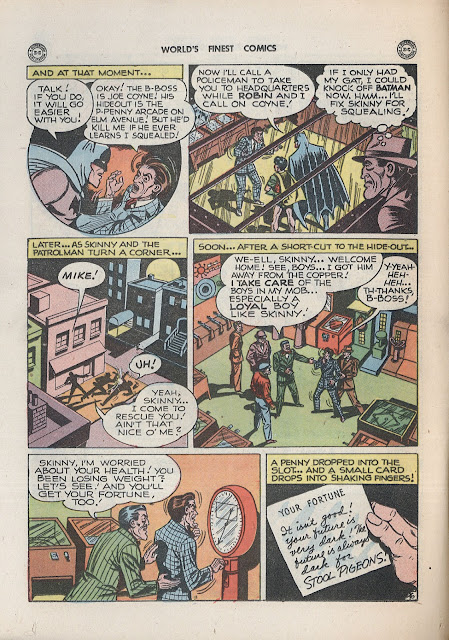 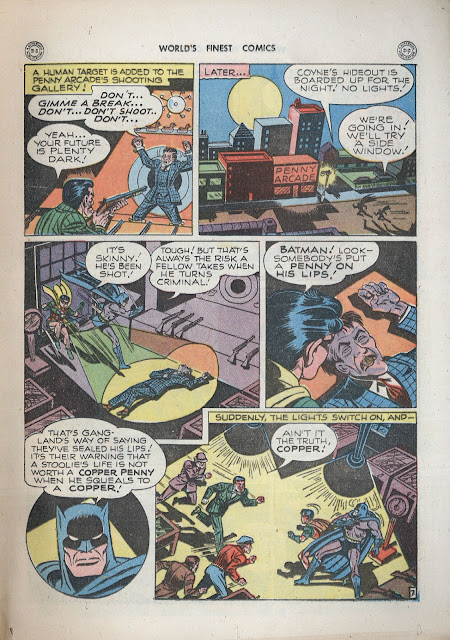 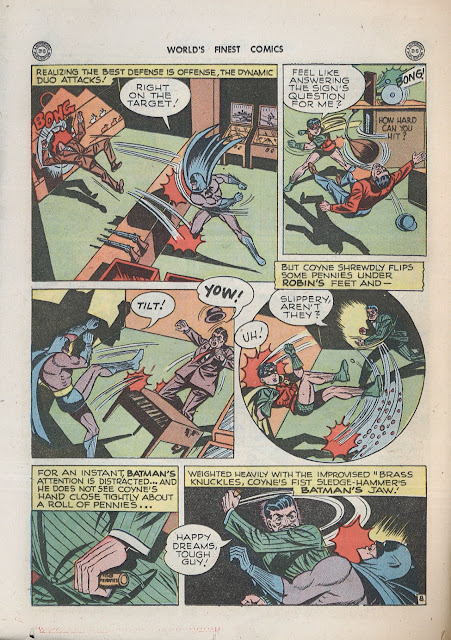 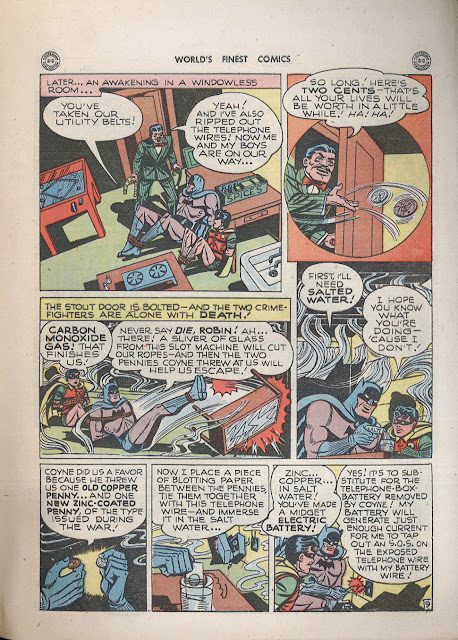 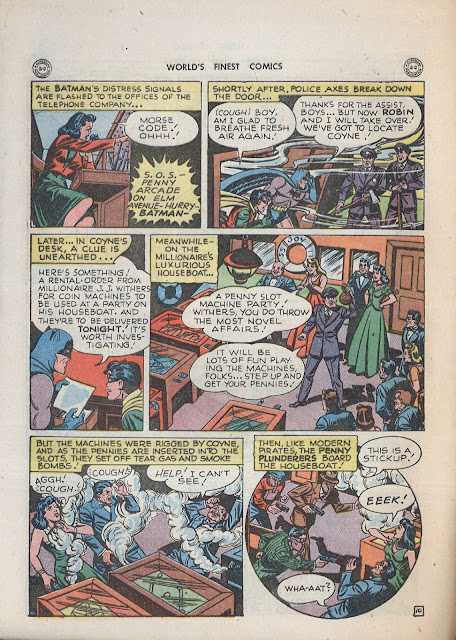 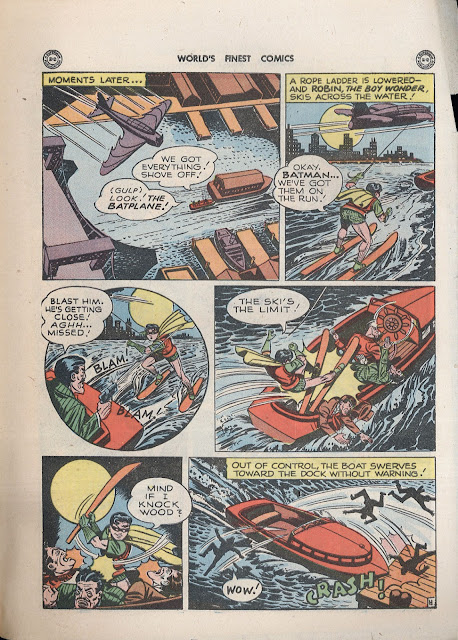 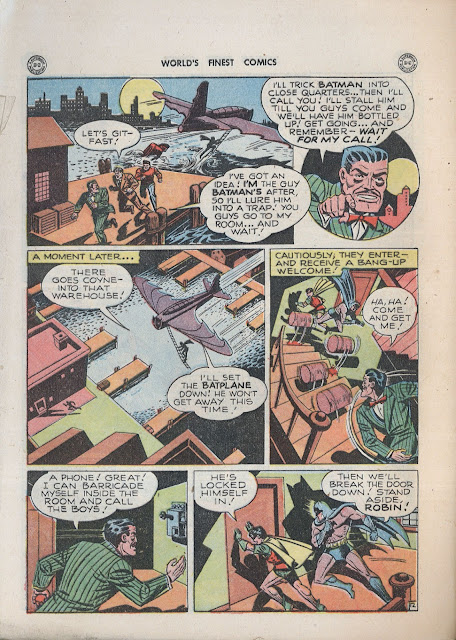 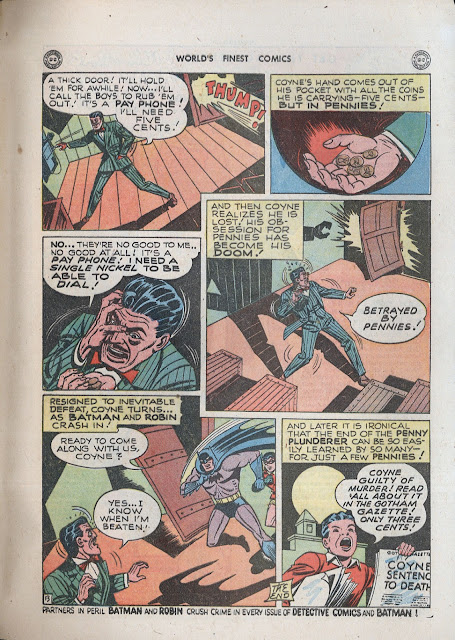 Now this is interesting, THE GUMPS was NOT a DC comic but was, instead, published by The Lafayette Street Corporation. It's possible that this was from a DC subsidiary as Charlie Gaines ran his offices out of an office on Lafayette which was about to become EC Comics. 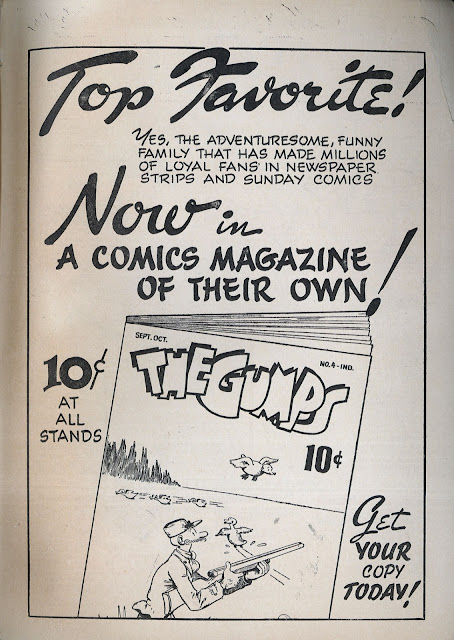 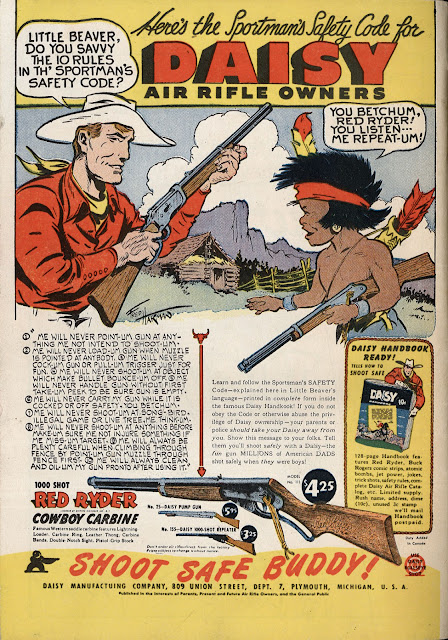