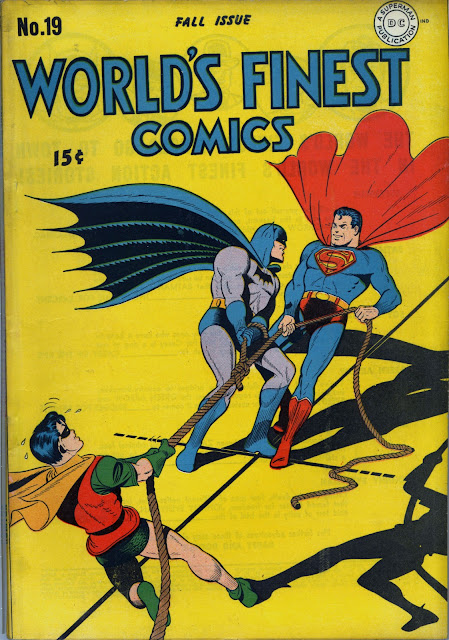 In the real world the war is over but here in WF, the tug of war continues...quite literally on this cover! We lose pages again this issue and despite not being much more than a regular comic at this point still keep the extra nickel. We're down to only 6 features and filler. Plus more ads than we used to have. 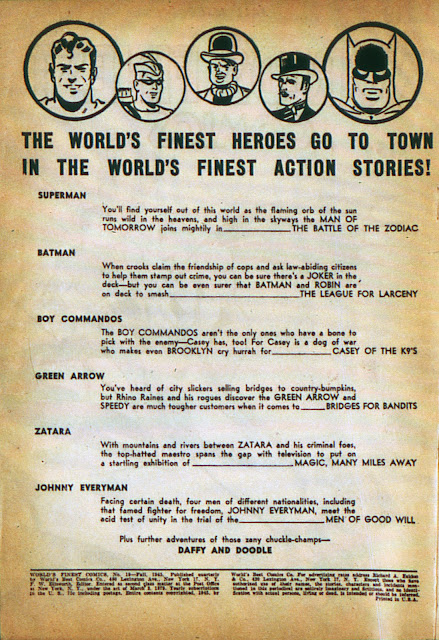 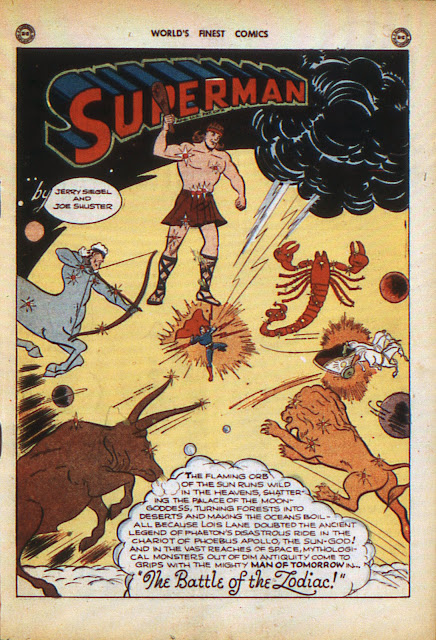 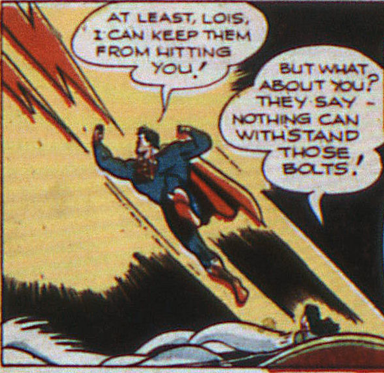 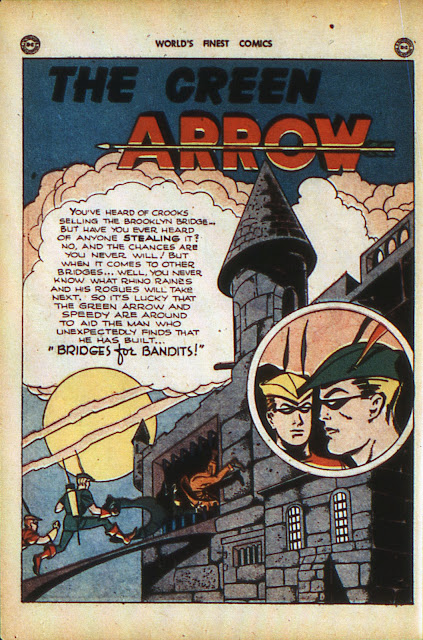 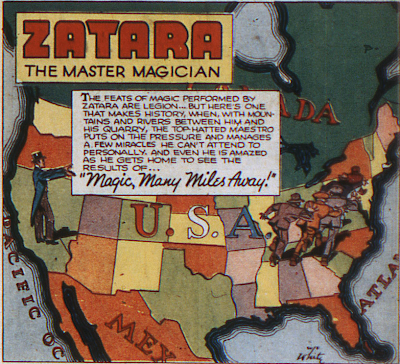 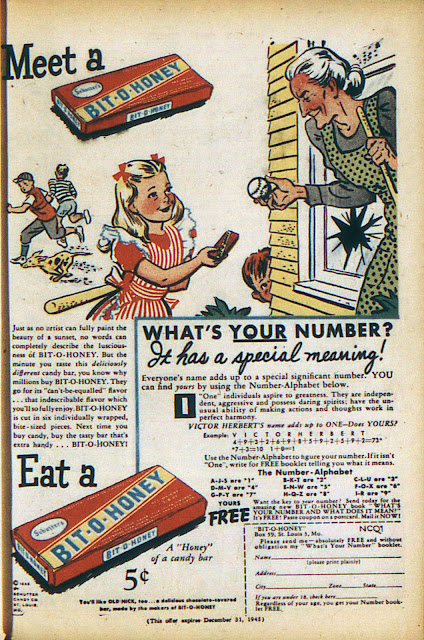 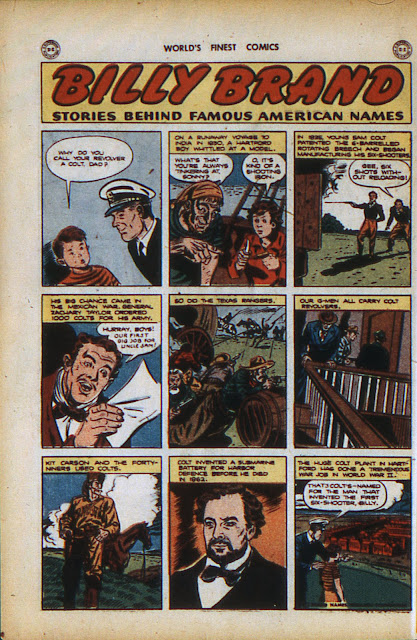 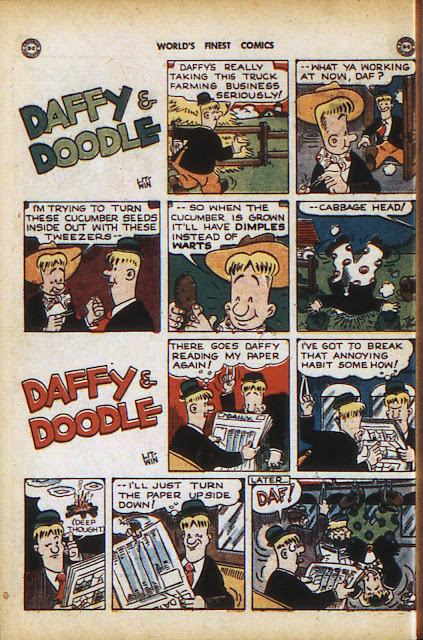 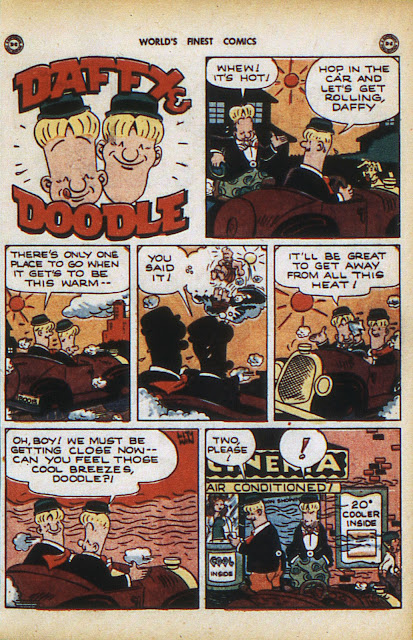 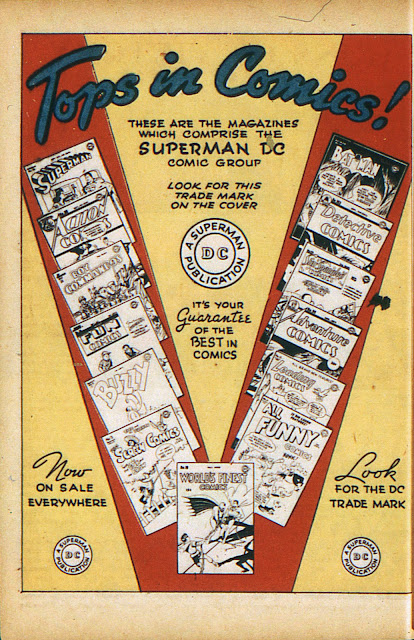 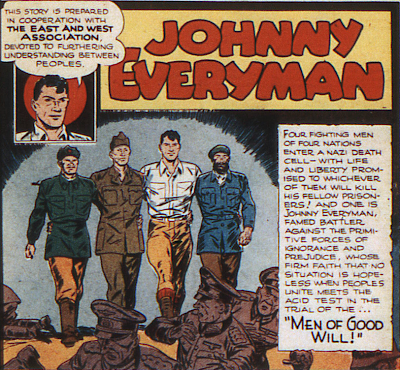 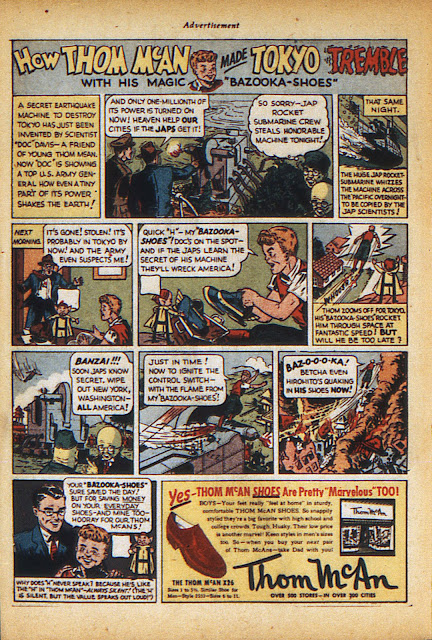 The Joker makes his WF debut. Due to the character's popularity, he had arguably been used TOO much already since his debut just a few years earlier, popping up in every other issue or so of BATMAN and/or DETECTIVE for quite a while. 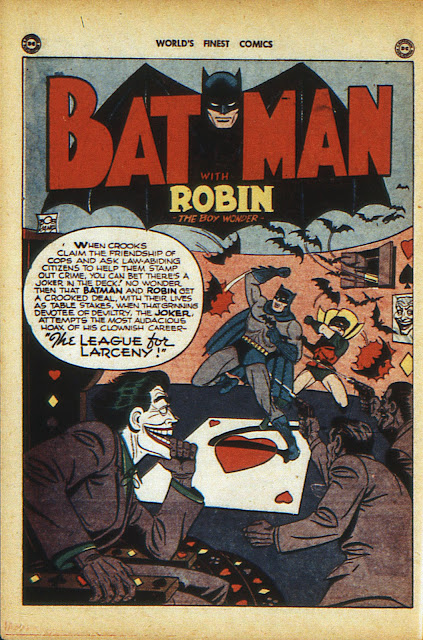 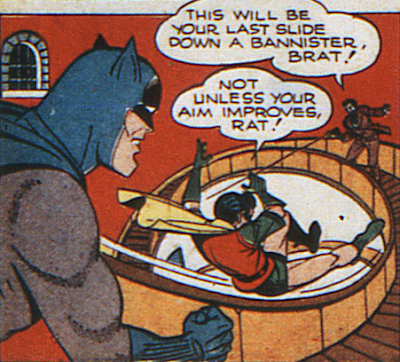 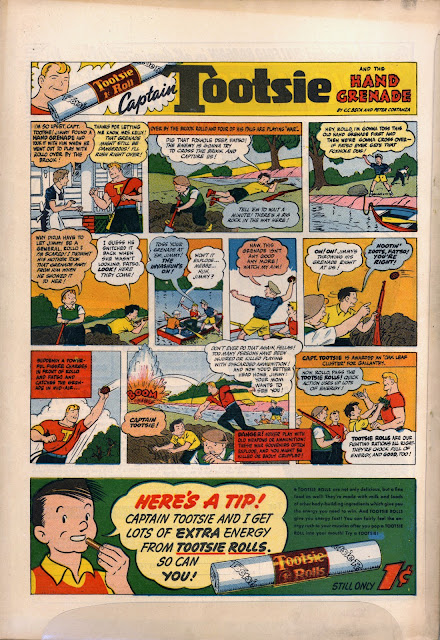