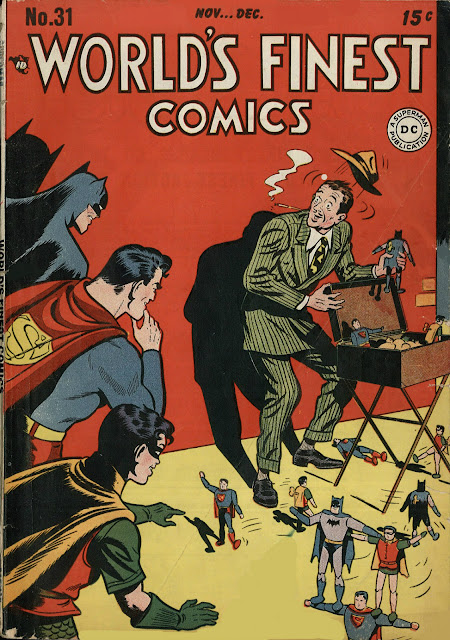 Another colorful, clever but inconsequential cover. 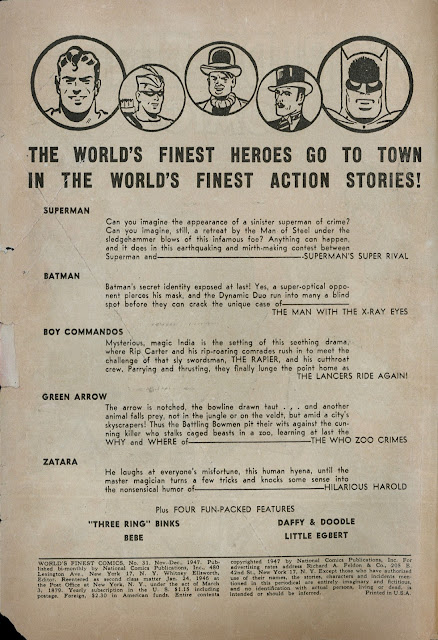 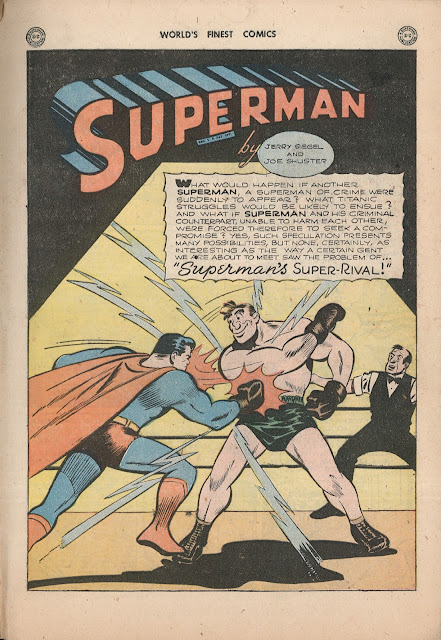 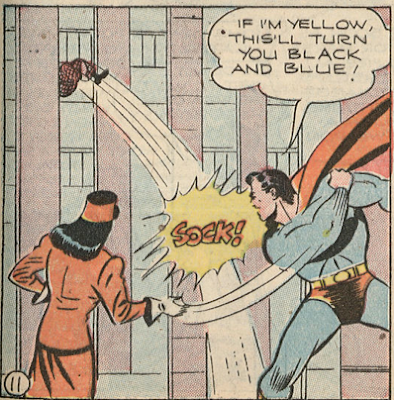 I thought Zatara looked like Skip Williamson's Snappy Sammy Smoot at the top of page 3 and for that reason you get to see the whole ZATARA story today! 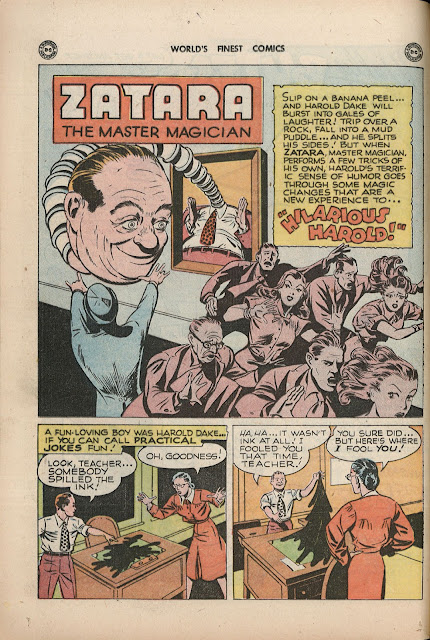 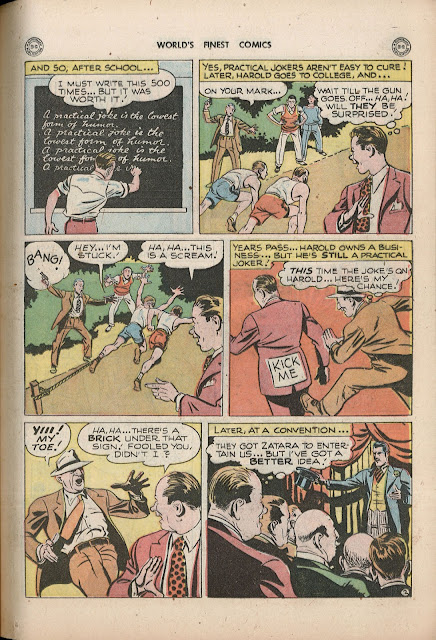 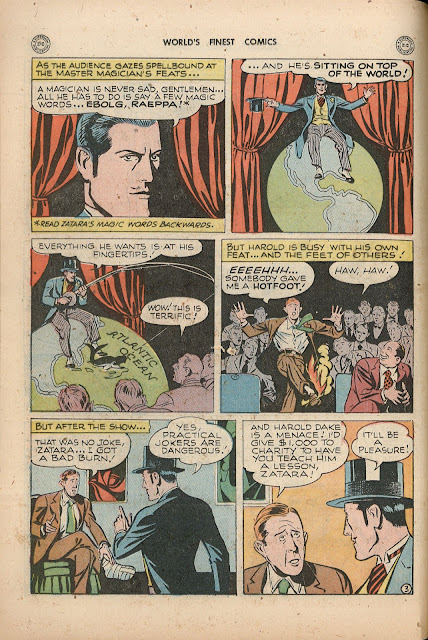 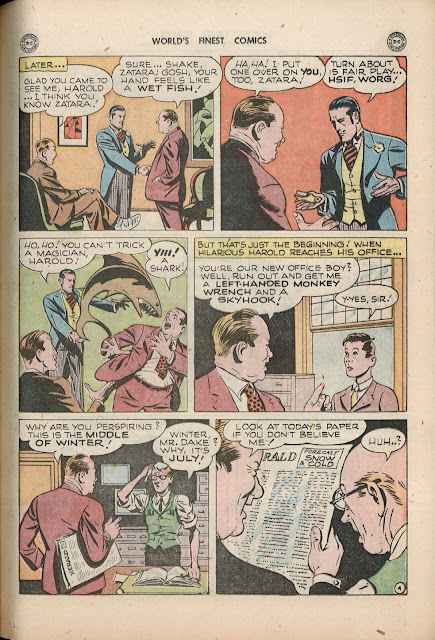 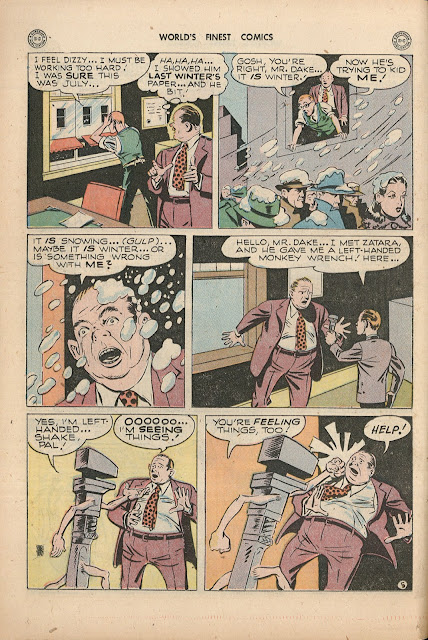 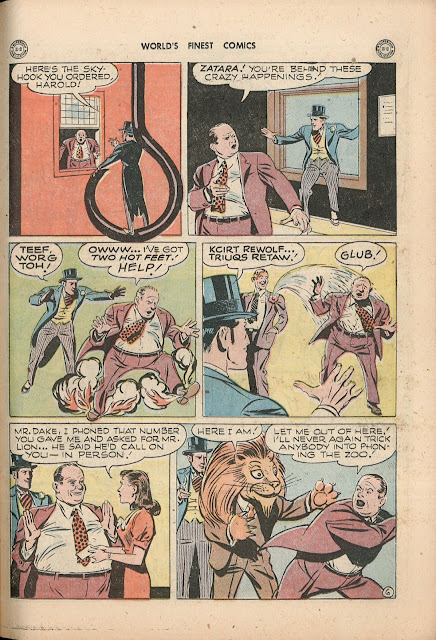 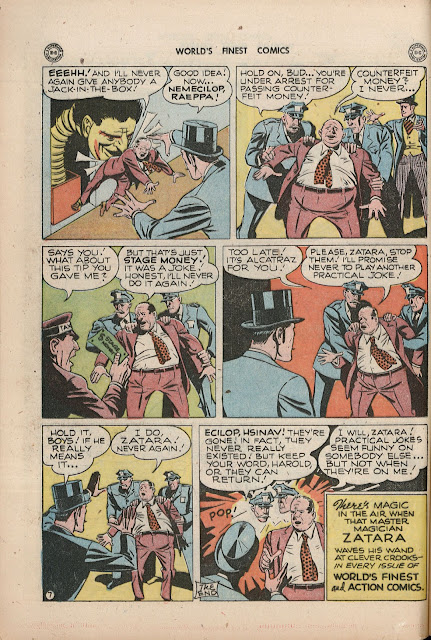 The ad below, along with the GANGBUSTERS ad later in the issue, highlight the post-war trend of radio-based comic books. Radio was at its most sophisticated, just before the enormous boom in television, but that boom would ensure that the radio comics wouldn't last without a popular TV tie-in as well. 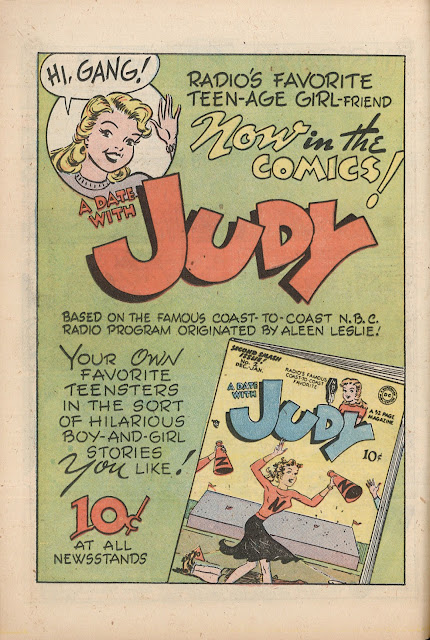 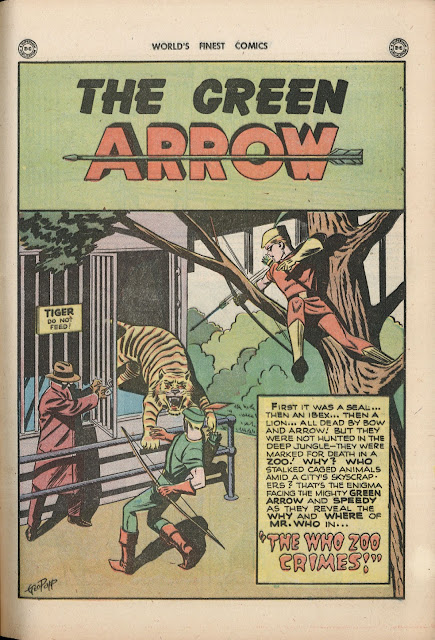 Outside of Disney, which was sewed up at Dell, the Funny Animal comics trend led to a lot of repetitive drek but DC would hang on with The Fox and the Crow for another two decades at least! 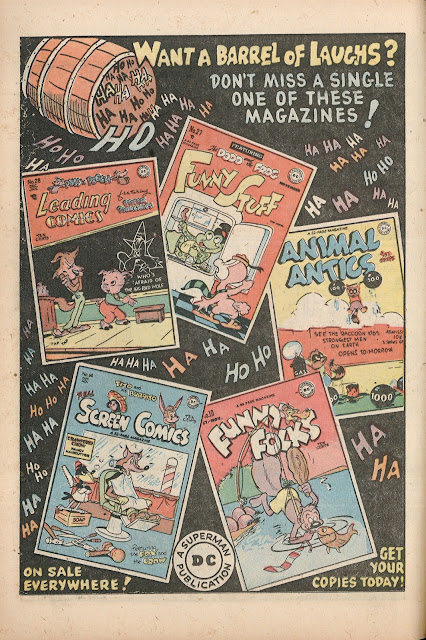 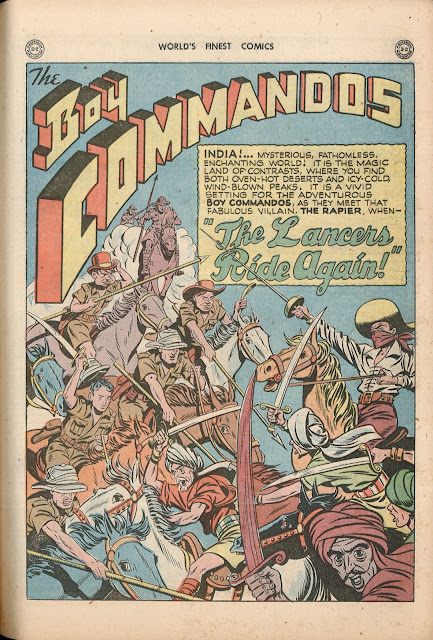 That's a pretty impressive advisory board and DC certainly wasn't a main offender in the just then beginning war on comics but they would suffer as well. WORLD'S FINEST, though, like ADVENTURE, would manage to continue on pretty much untouched. 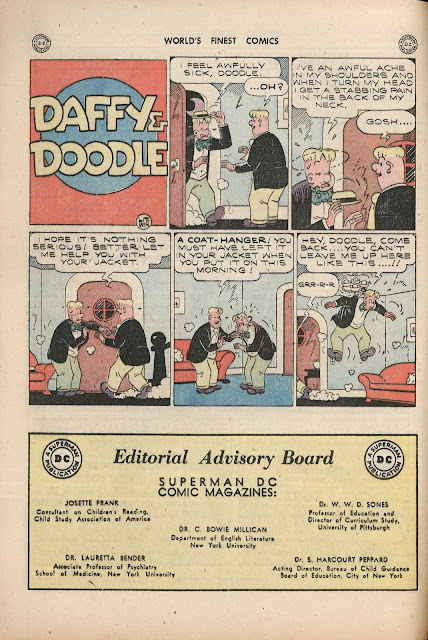 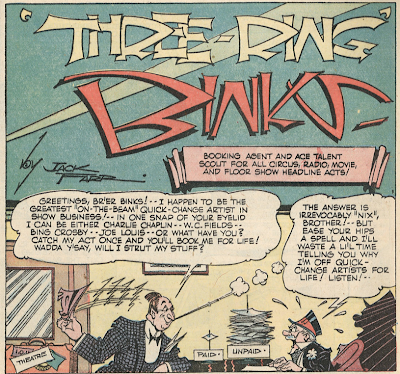 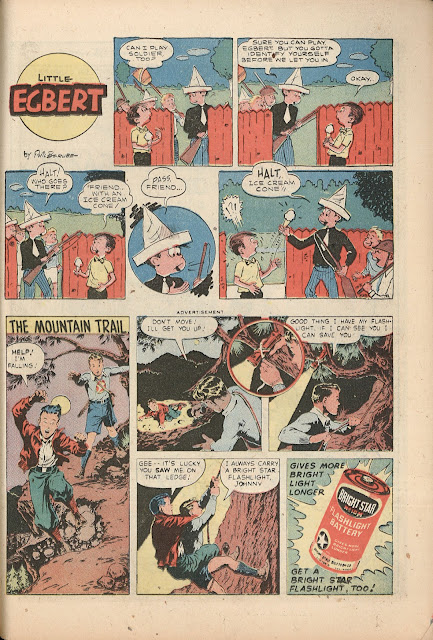 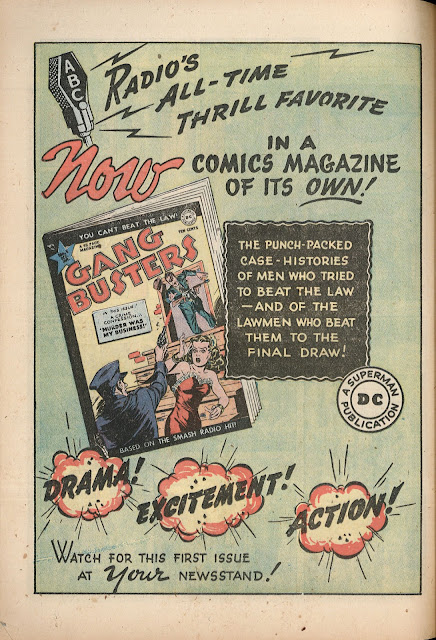 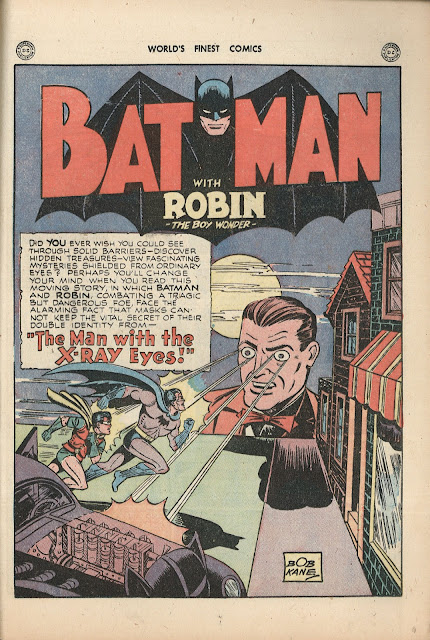 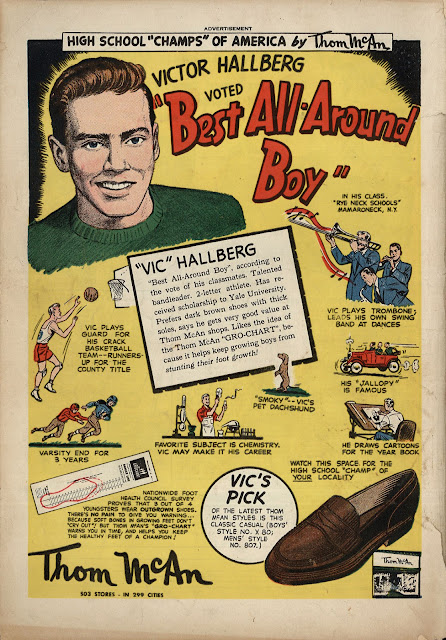 Posted by Booksteve at 3:56 AM