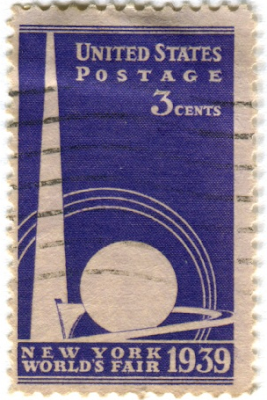 With its iconic Trylon and Perisphere, the 1939-40 World’s Fair in New York was arguably one of the most memorable events of the 20th Century, a century filled with many memorable events. The theme of the fair was “the World of Tomorrow” and it gave most attendees their very first glimpses of technology that had been just science-fiction not long before—including the talking robot, Elecktro!

One of the longest lasting legacies of the 1939 New York World’s Fair was DC’s WORLD’S FINEST COMICS.

In a tie-in with the Fair, the still new Superman—just about a year old—was given the lead spot in a 96-page comic sold exclusively at the event. His story and all of the others included were built around the Fair. The item—more like a book than a comic, really—sold for a quarter at a time when typical comic books offered only 30 pages less for just a dime.

The comics company repeated the issue the following year with a second issue again spotlighting Superman at the Fair but this time alongside his since-created stable mates, Batman and Robin, on the cover. Inside, they had separate stories and, as before, a number of other features appeared as well.

The Fair ended after two seasons but DC hated to lose a good thing so they decided to continue with a commercially released comic in the same vein, priced at fifteen cents, featuring stories of Superman and Batman, their two most popular characters by that point, and others. Rather than WORLD’S FAIR COMICS, DC went with the very similar WORLD’S BEST COMICS. Well, for one issue anyway.

With the second quarterly issue, the mag, still spotlighting Batman and Superman, was retitled WORLD’S FINEST, a name that would continue on in an uninterrupted run for the next 45 years!

Fans of my DAYS OF ADVENTURE blog know what to expect here. We’re going to take a brief look at every single issue of the original run of this important comic book, giving a little context, a little background on the characters, the features, the creators and occasionally posting stories.

Let us know what you think in the comments as we go along. We’re about the get started on THE WORLD’S FINEST BLOG!