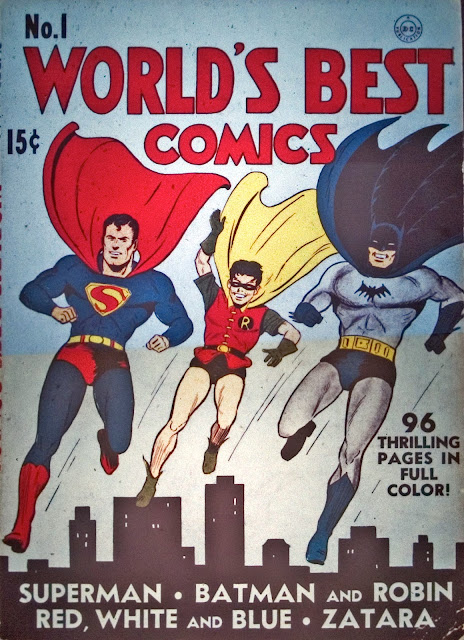 A year later and the Fair was gone yet DC didn't want to lose the sales so they worked up yet another specially sized and priced anthology comic and simply--and brilliantly--changed the word "Fair" to "Best." 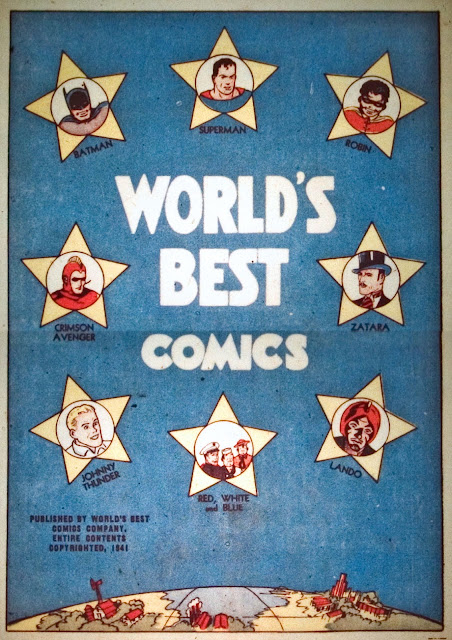 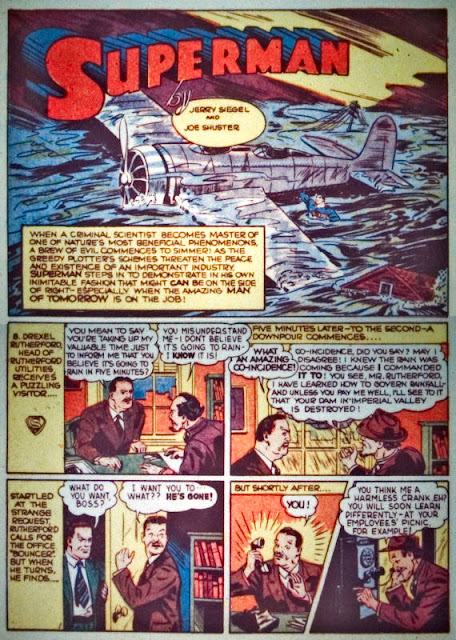 By this point, Wayne Boring was doing Superman. Ostensibly aiding Joe Shuster to fill the need for more and more stories of the Man of Steel, Boring would survive Jerry and Joe's fallout with DC and go on to become THE definitive SUPERMAN artist...at least until Curt Swan came to the strip about a decade and a half later. 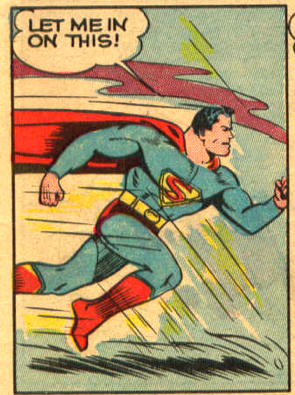 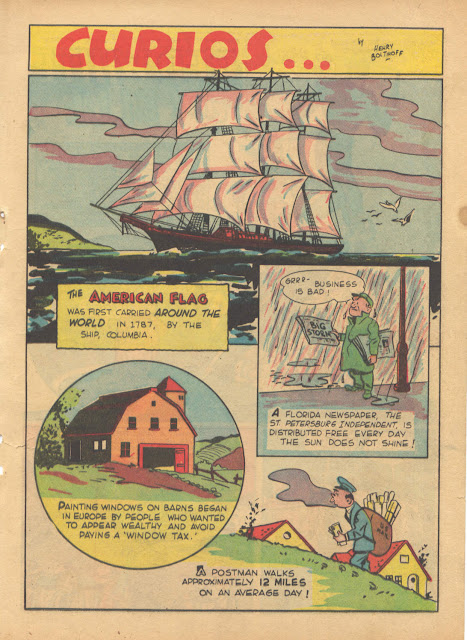 Another All-American feature, RED, WHITE AND BLUE was a long-running military strip that veered between serious and light-hearted. 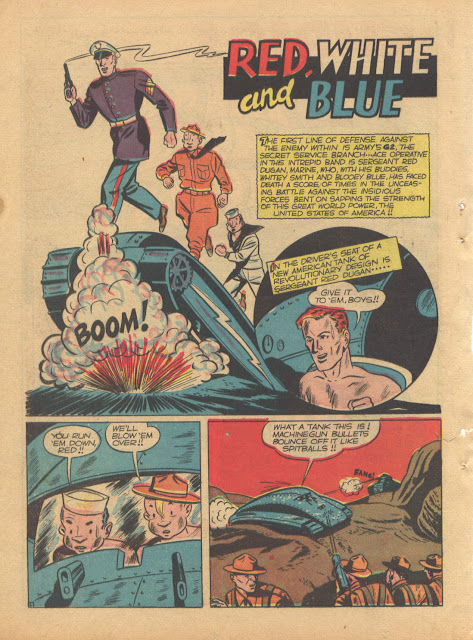 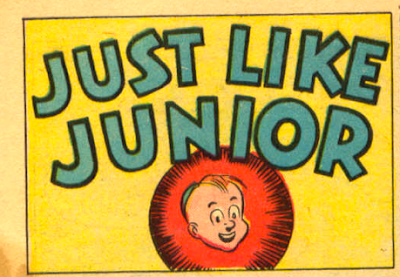 While totally forgettable filler like the above dotted these early issues, a beautifully drawn strip featuring the pre-Batman DETECTIVE COMICS character, The Crimson Avenger, now in a superhero costume, was a welcome addition. 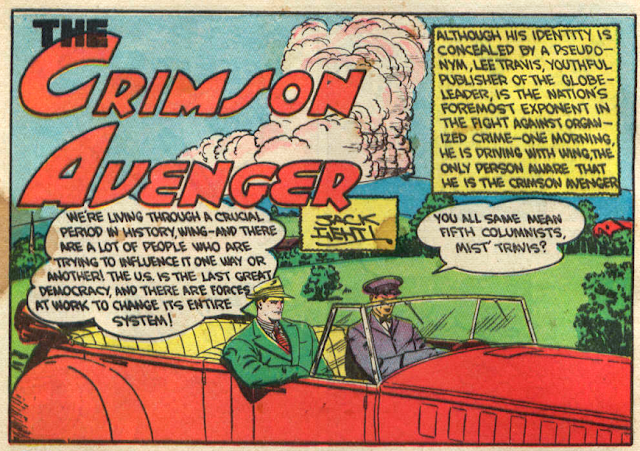 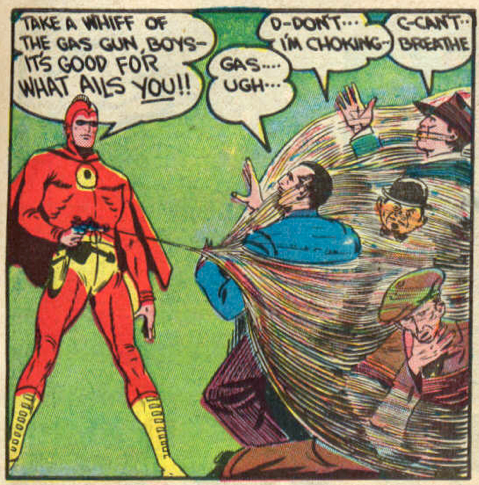 All-American's JOHNNY THUNDER moves on into the regular series as well.

I really wish someone would write a book or a blog about all the Caniff-influenced filler features in early comics!

Along with Ripley-style pages like below (which many comics companies used as filler. It's hard to imagine today just how popular RIPLEY'S BELIEVE IT OR NOT was at that time), there were a couple of text stories. Comics at the time didn't have letters columns but it's worth noting that even after they started having them, WORLD'S FINEST would hold off until well into the sixties. 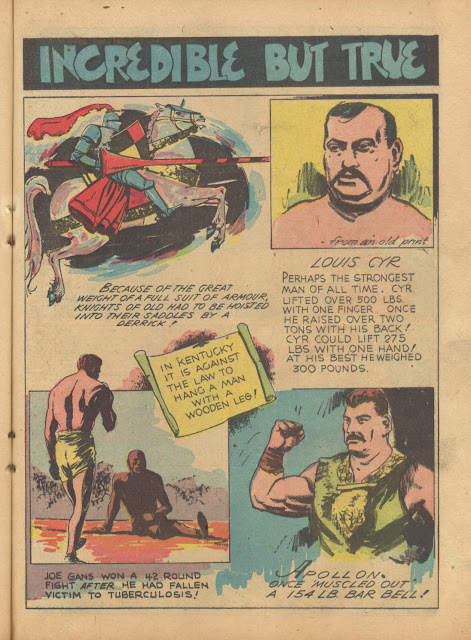 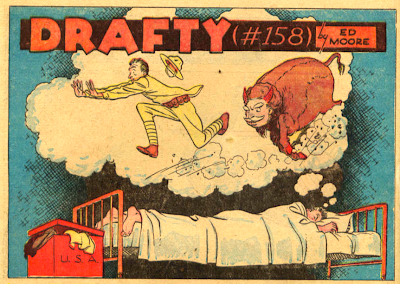 The King was a long-running feature seen in FLASH COMICS. 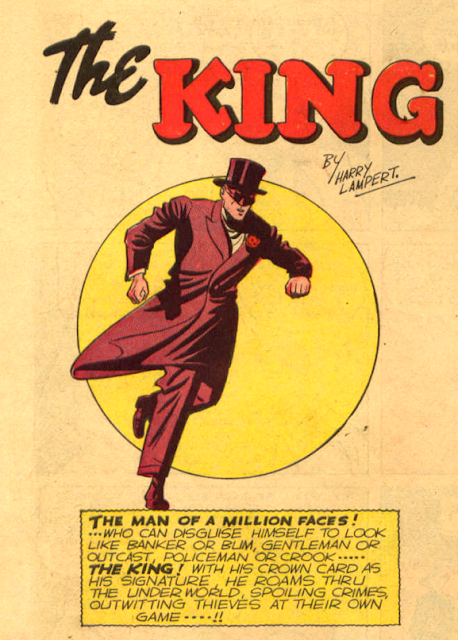 Henry Boltinoff's unique career in comics would see him contributing squeaky-clean filler strips to DC titles for more than the next three decades! 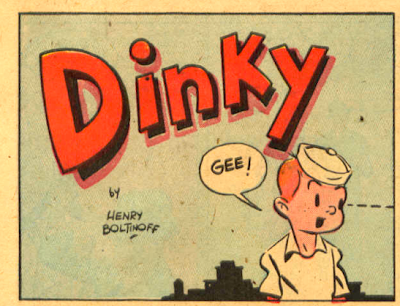 Lando (not THAT Lando) was one of a literal horde of heroic magic men in comics following in the wake of Lee Falk's MANDRAKE THE MAGICIAN. Artist Howard Purcell often did some very modern looking comics work. 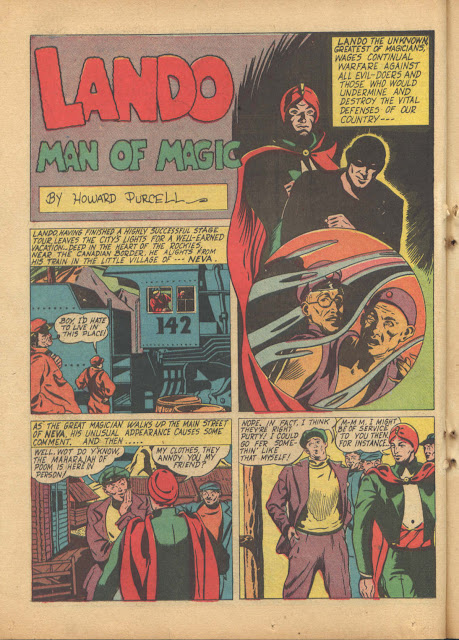 Another gorgeous splash credited to Kane and George Roussos but, as with all things Kane, take that with a grain of salt. 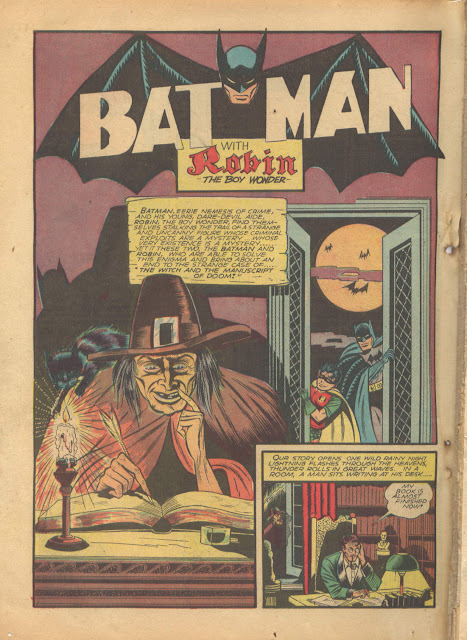 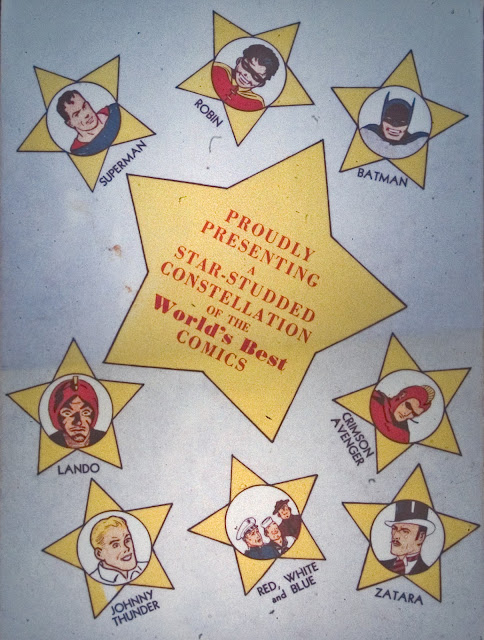