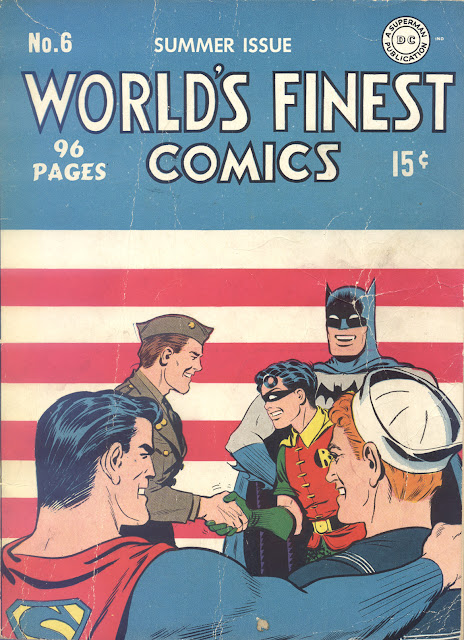 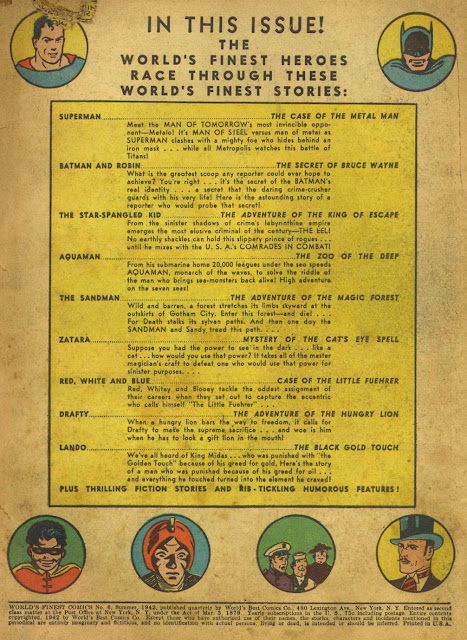 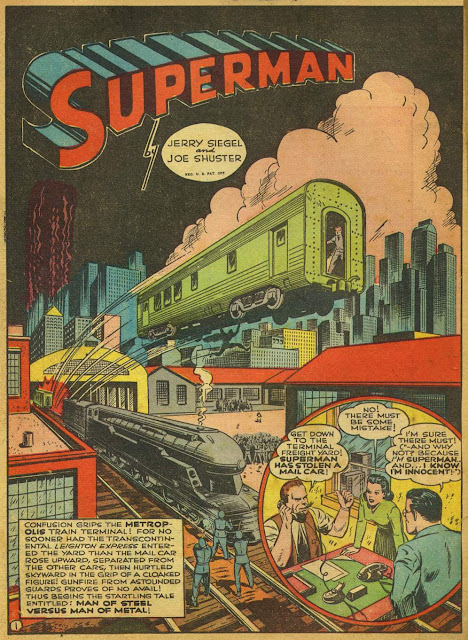 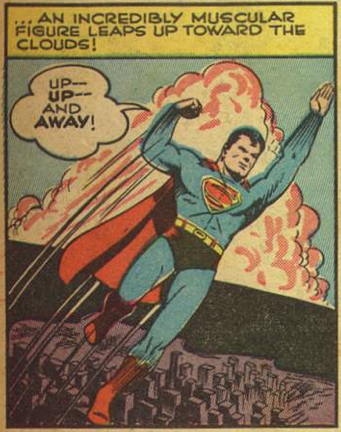 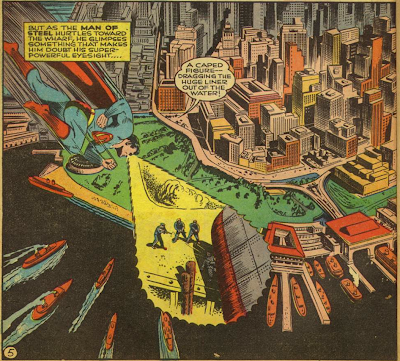 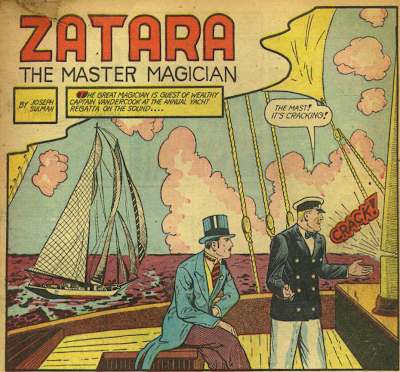 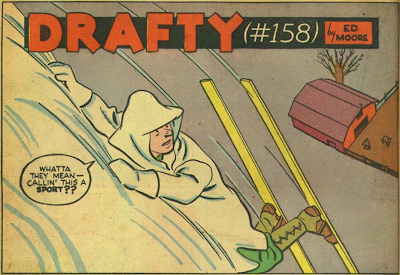 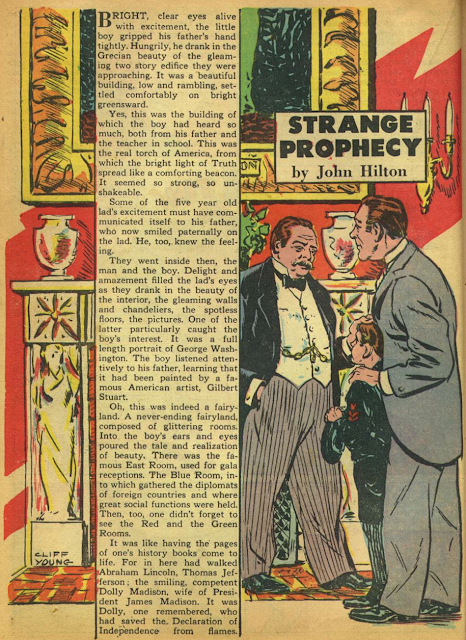 Since the previous issue, Simon and Kirby had taken over the SANDMAN series in ADVENTURE so the new version is continued here. Fans of DAYS OF ADVENTURE will recall that the famous pair were NOT the ones who revised Sandman's costume and introduced Sandy, his sidekick. Both of those  events had actually happened in a couple of stories just prior to Jack and Joe taking over. 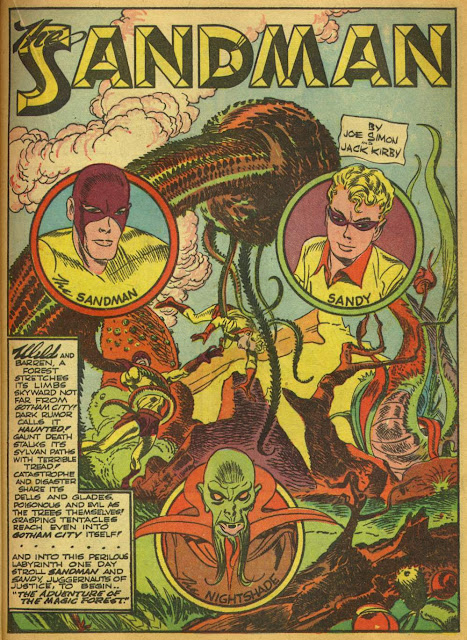 Jerry Siegel's STAR-SPANGLED KID was more or less the title character in STAR-SPANGLED COMICS, also. He was the first kid hero with an adult sidekick--the ludicrously named, "Stripesy." 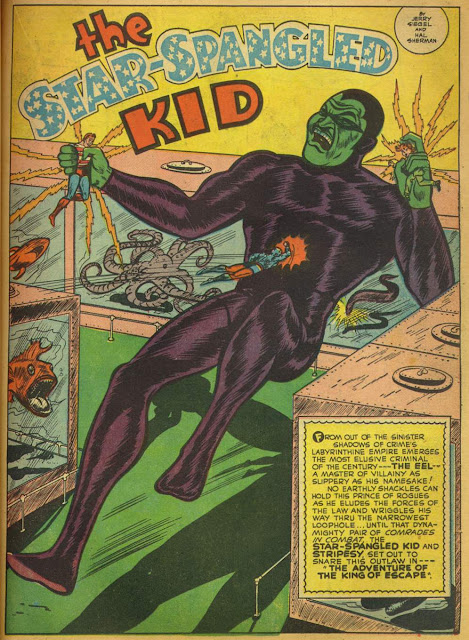 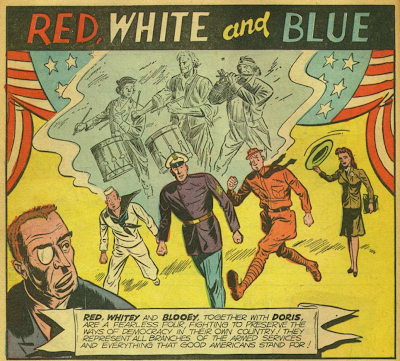 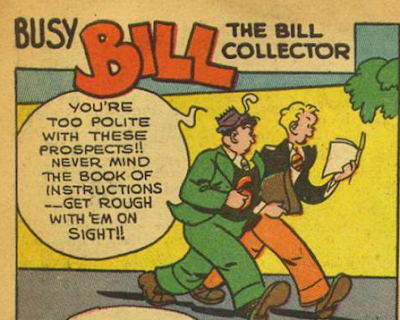 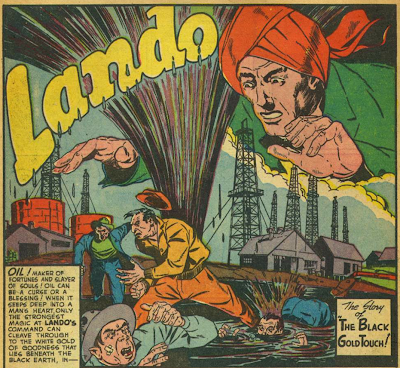 One reason that STAR-SPANGLED KID was now appearing in WORLD'S FINEST could be that he was relegated to back up status in his other title after Simon and Kirby struck there, too, creating THE NEWSBOY LEGION and their Guardian. 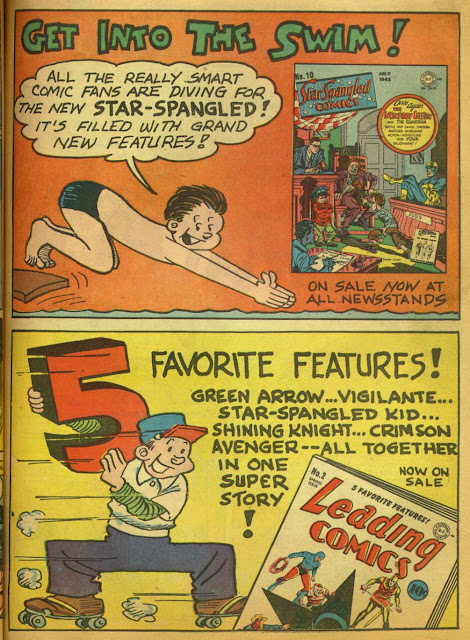 A mainstay of MORE FUN and ADVENTURE in the forties (and fifties, sixties, seventies and eighties in the latter), here's the first WF appearance of AQUAMAN, by his original artist, Paul Norris. 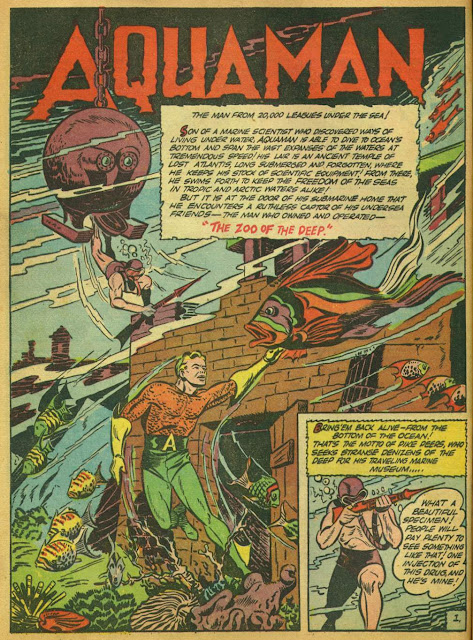 Henry Boltinoff's JERRY THE JITTERBUG would continue to pop up from time to time well into the sixties! I remember having to ask my mother what a jitterbug was and she said that was a word she hadn't heard in years! 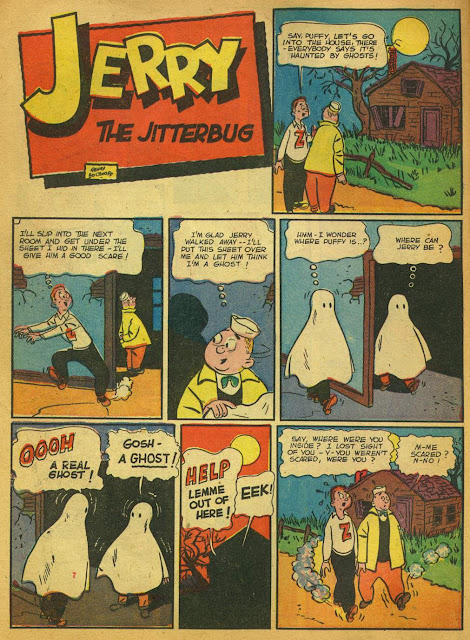 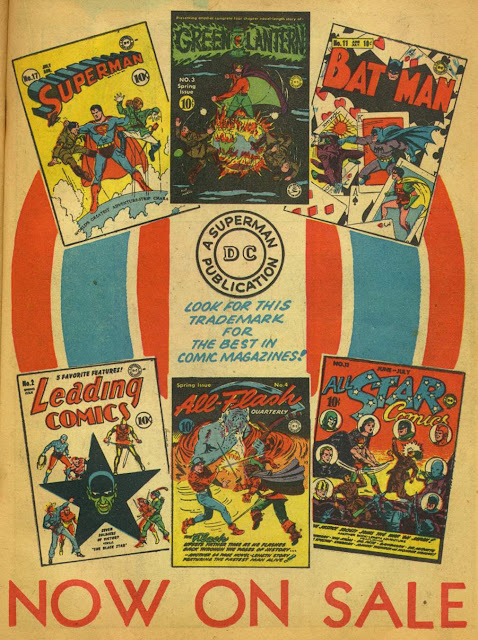 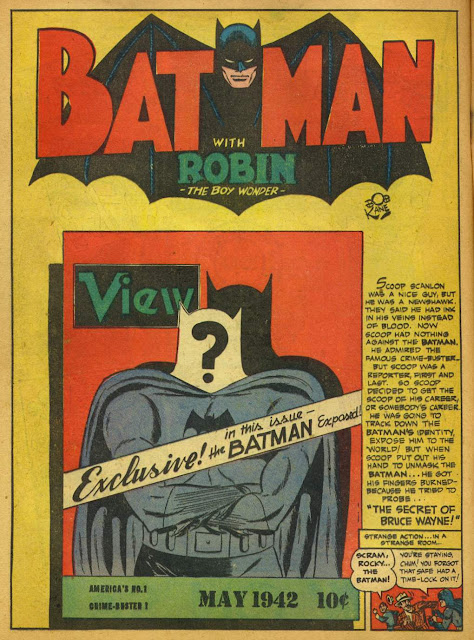 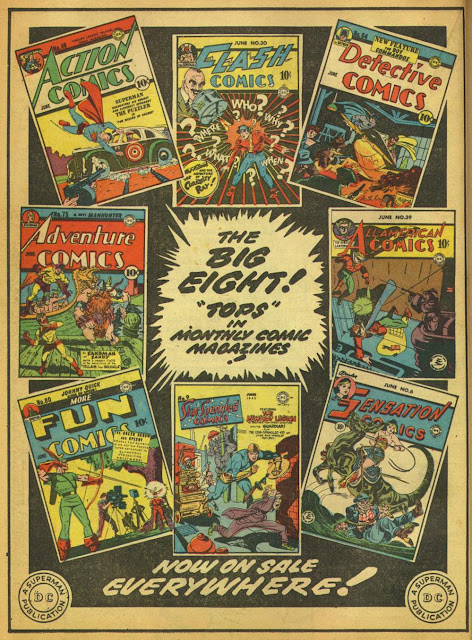 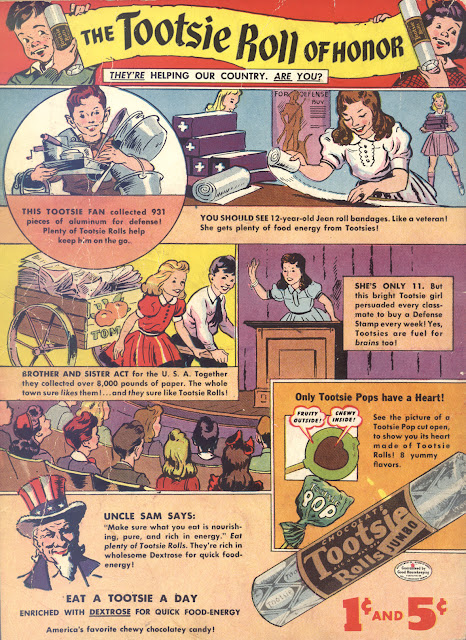