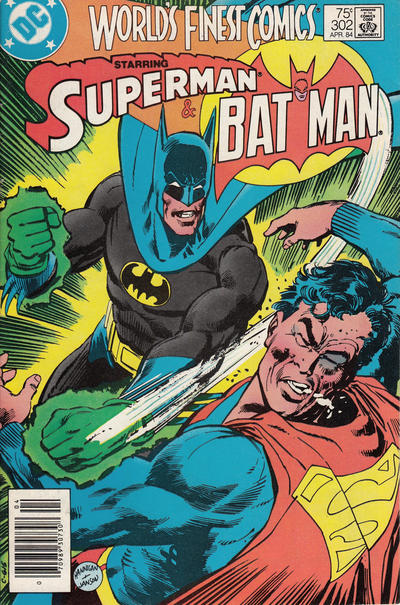 Wow! What a cover! It just screams, "Buy me!" And yet when they did, long-time fans were likely disappointed that it was yet another fill-in, this time a less than stellar quality reprint of an excellent Neal Adams story from about 15-16 years earlier. 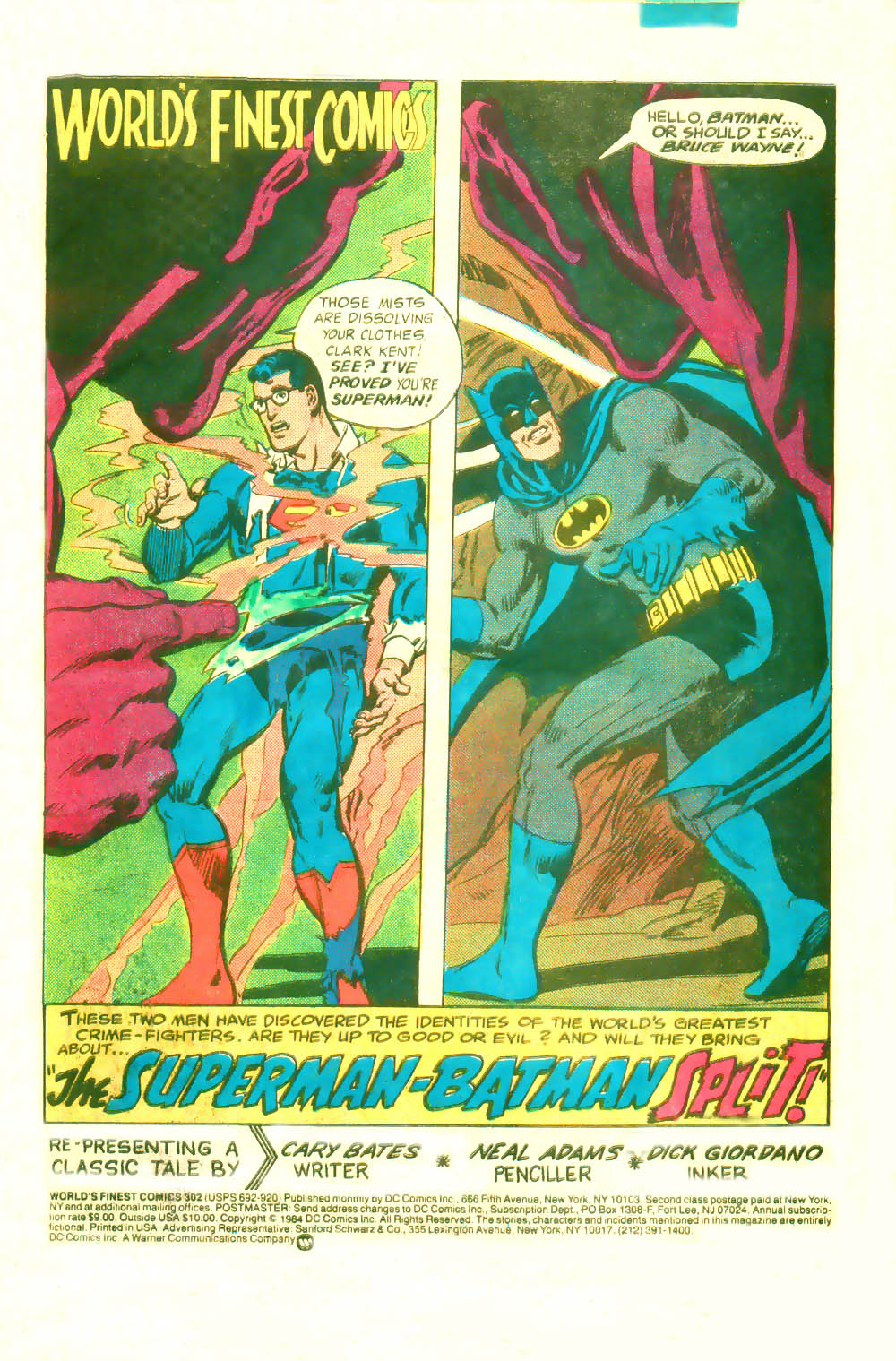 If you stuck with it, though, you got tis neat little coda to issue 300 featuring what I presume to be the first Batman art by future BATMAN YEAR ONE artist David Mazzuccheli. 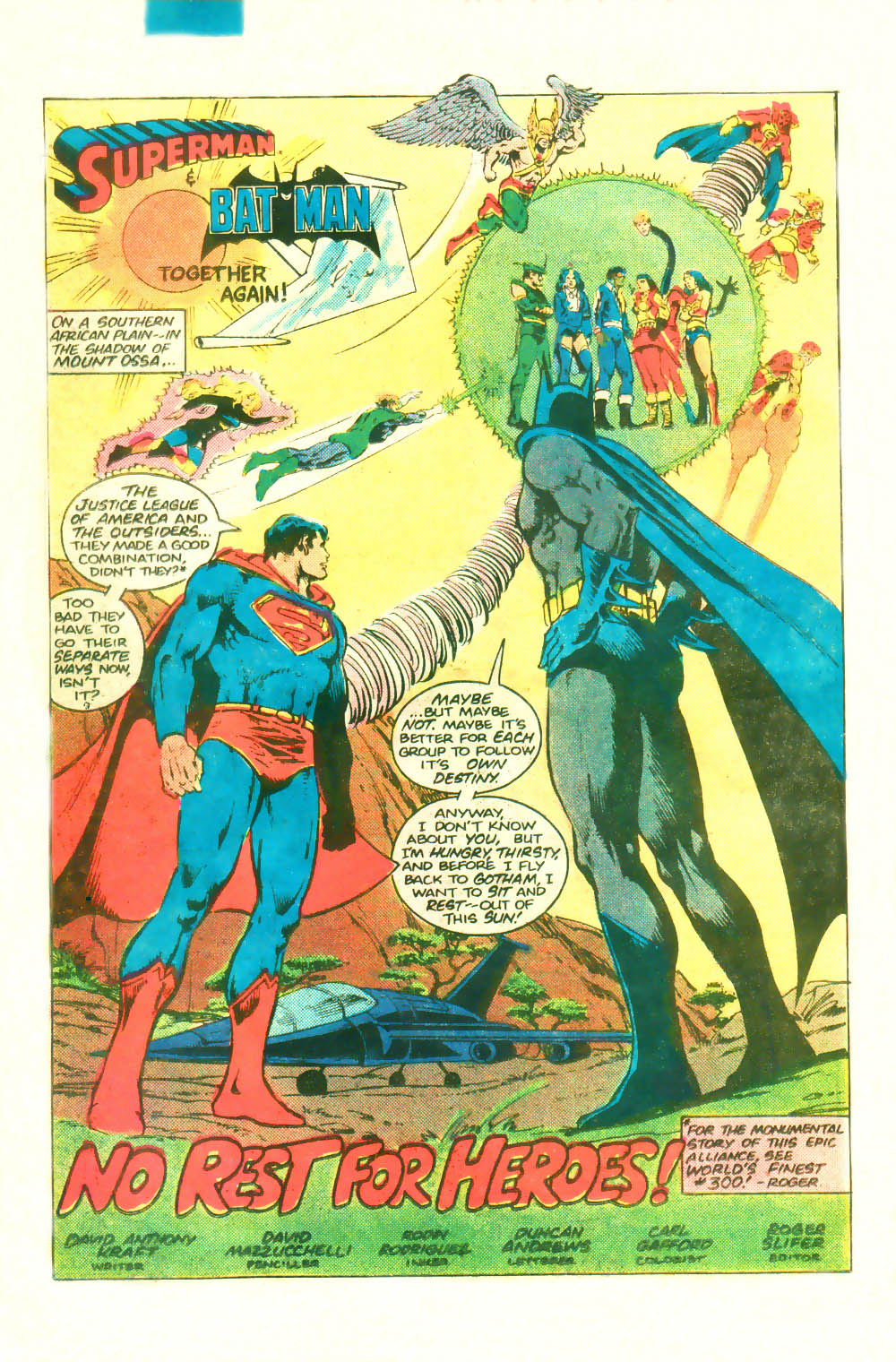 In his interview for the recent BACK ISSUE piece, writer David Anthony Kraft commented on this as well:
"There’s a five-page epilogue that’s either in the issue after or the issue after the issue after. Just like a little epilogue to that story. It’s Superman and Batman hanging out. I can show you just how fast everything changed, just how different times were. It was just supposed to be a fun little five-page thing. You know, like after the battle, here’s Superman and Batman kicking back and they go into a bar and Batman is ordering, like, Jack Daniels and Superman orders milk. It was those days. Do you know they cut that with the vetoes? They wouldn’t allow me to have Batman order whiskey in a bar.
Yeah, I just thought it symbolized both characters, it was kinda cute and they said, 'Oh, no! We can’t have Batman drinkin’ whiskey!'" 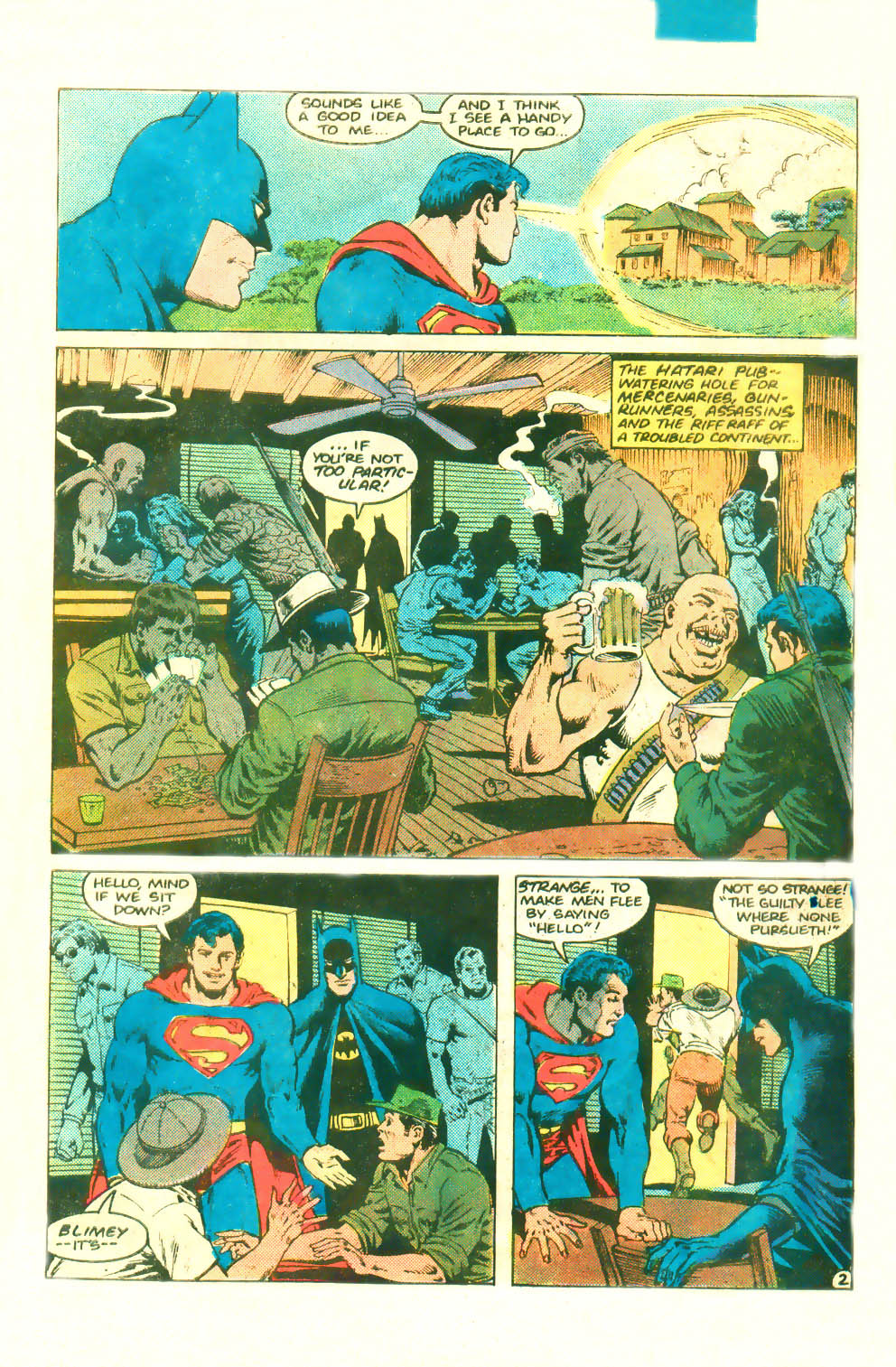 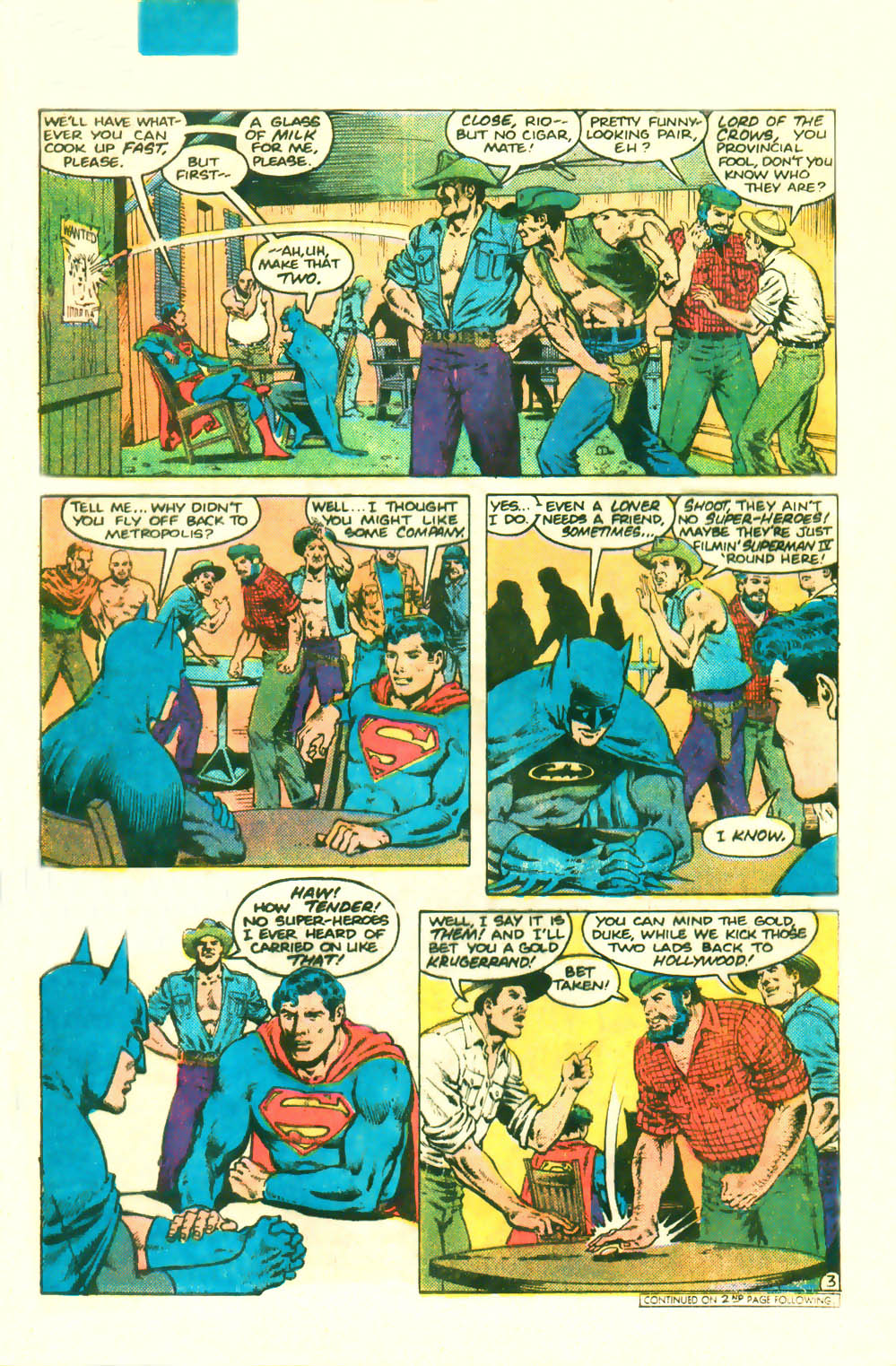 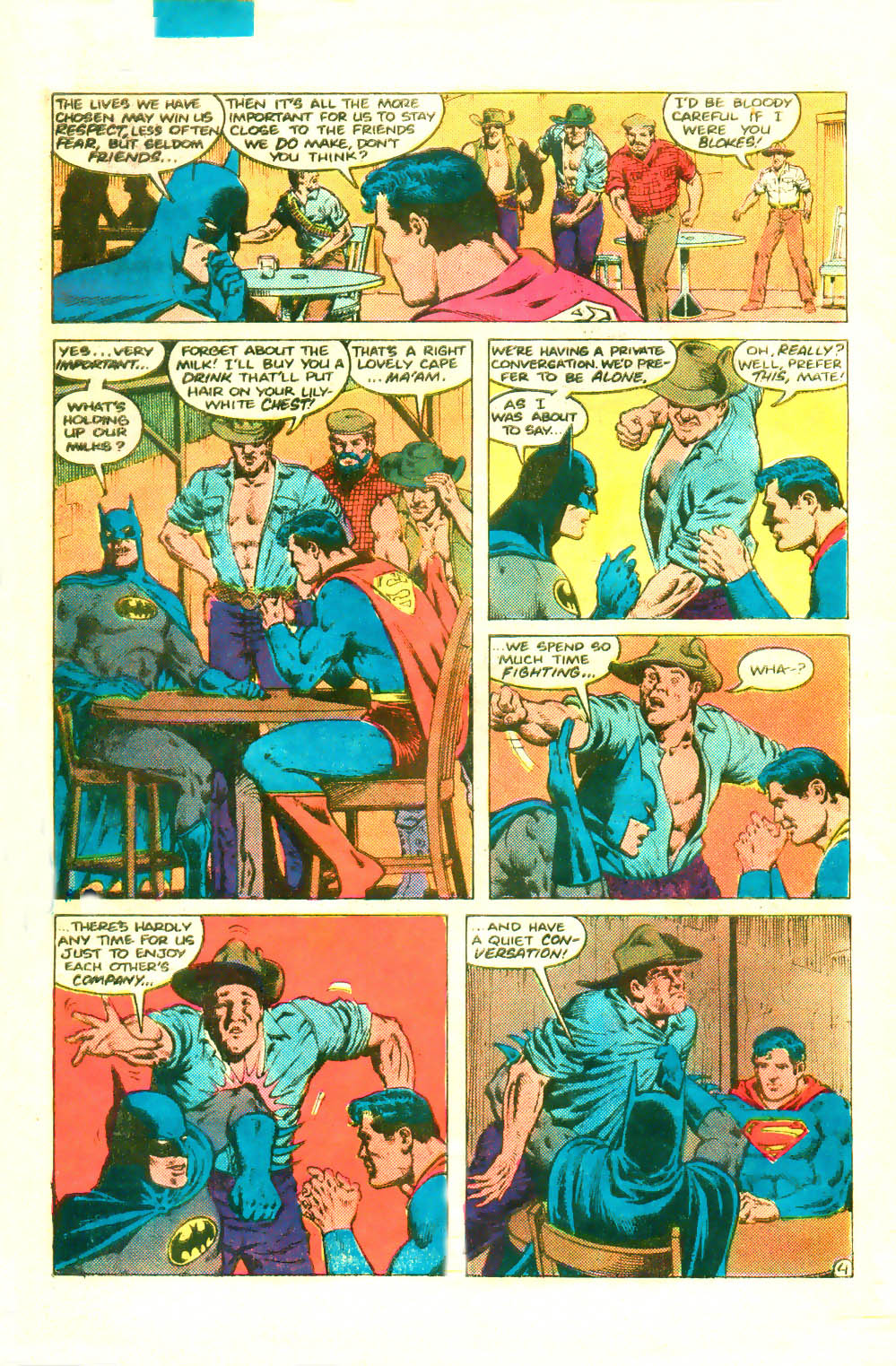 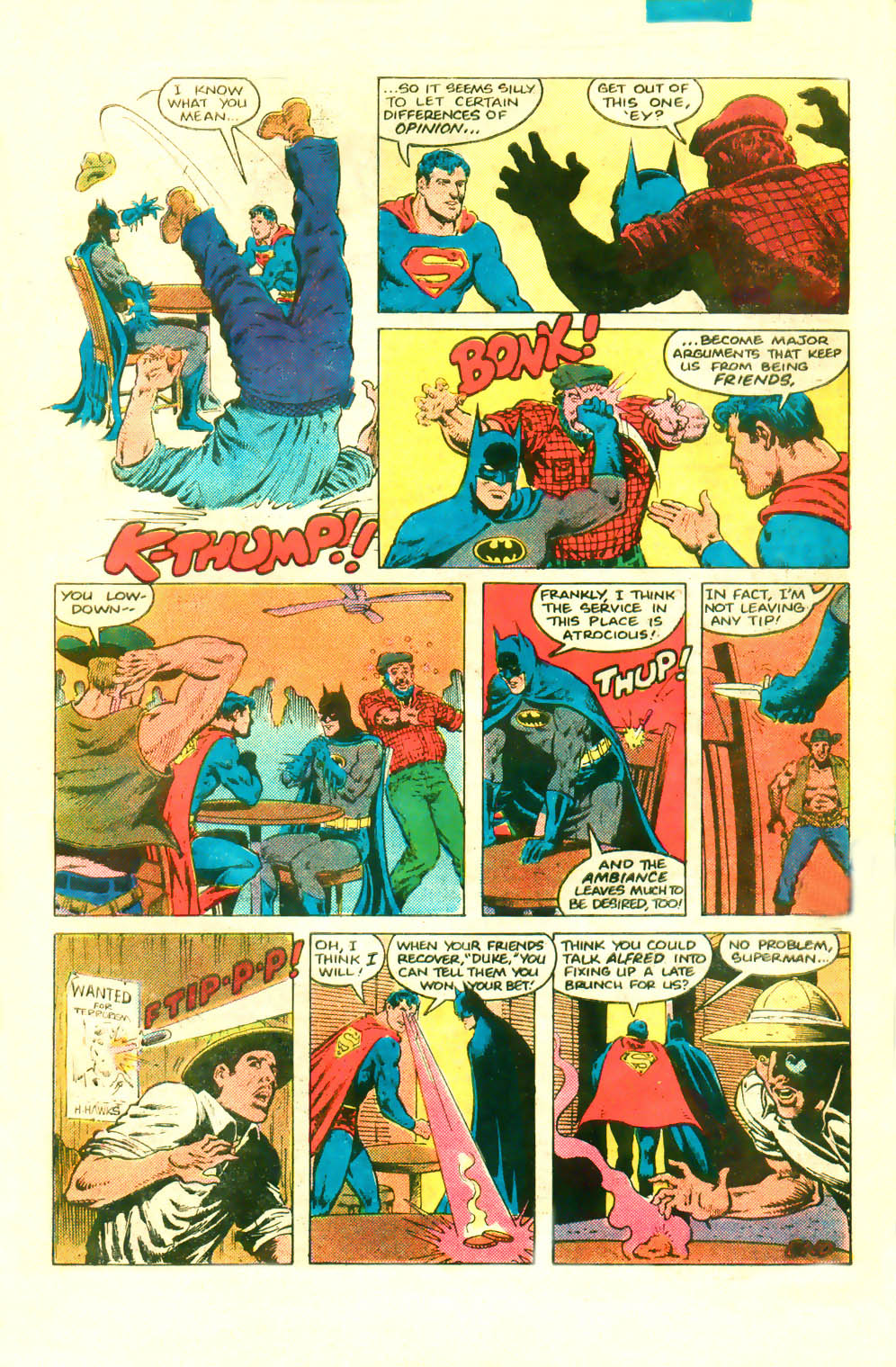