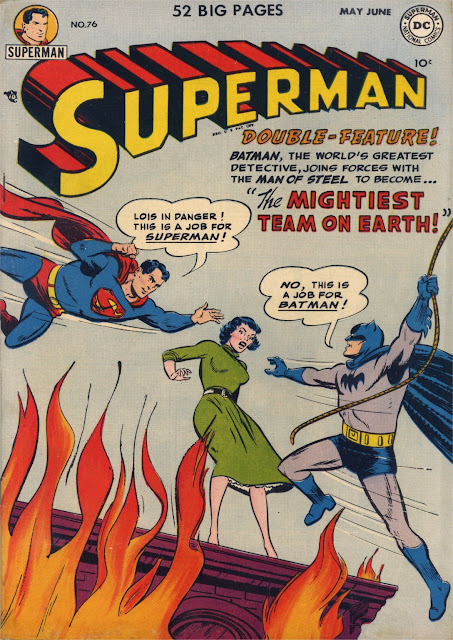 Here's logic for you. You have a regular, bi-monthly comic book that's been running for more than a decade featuring Superman and Batman, your company's two flagship characters and covers by Win Mortimer. Then somebody decides to team up the two characters and it never occurs to them to do it in THAT comic book!

What we see here is the first ever actual team-up of Batman and Superman (who had met previously only in their sole JSA adventure some years before). They learn each other's secret identities here, a fact that will come in handy later on in WF. Many times, in fact. But not for a while yet. Apparently the logical move to team them up in WORLD'S FINEST just wouldn't occur to anyone for months! 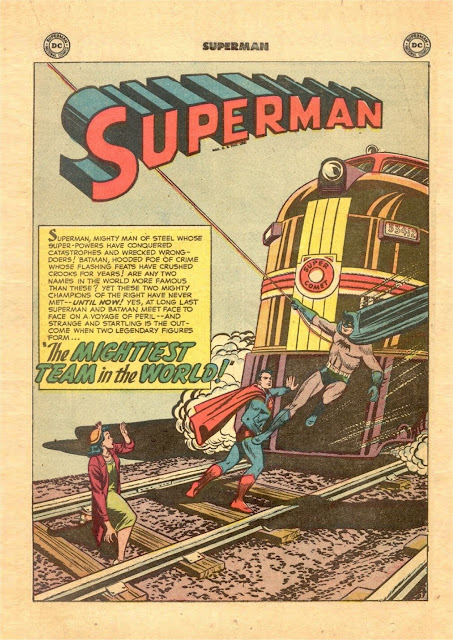 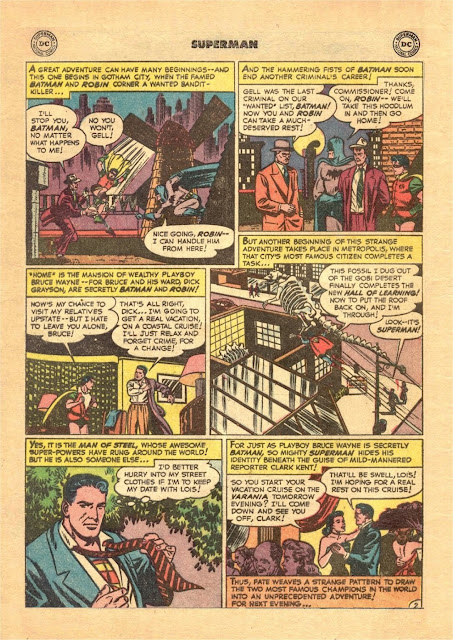 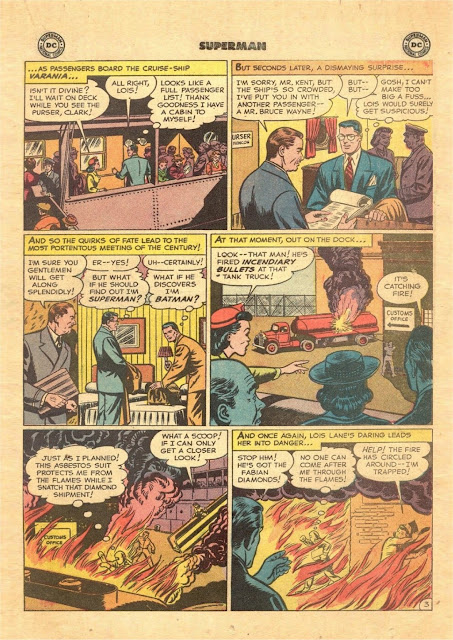 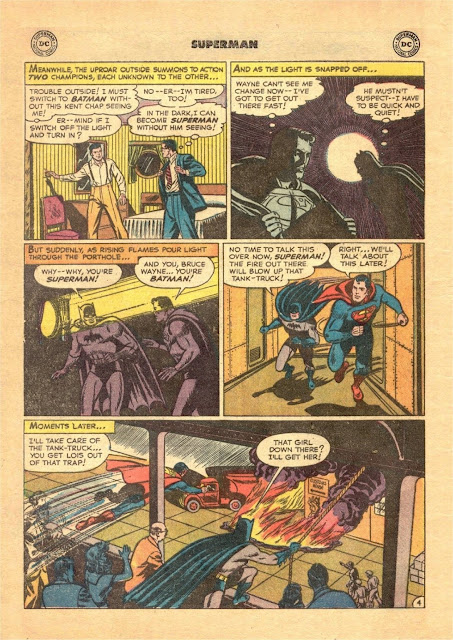 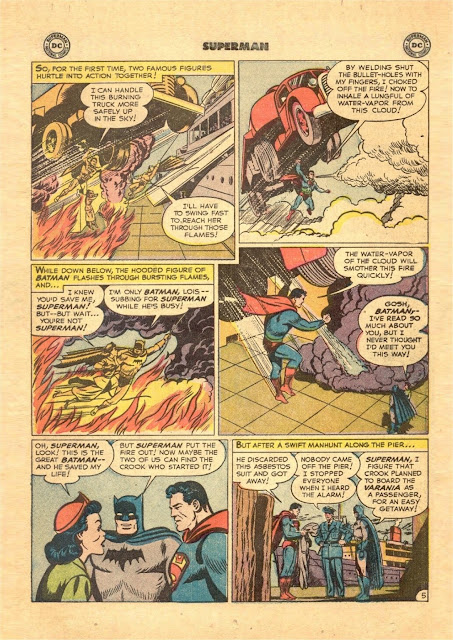 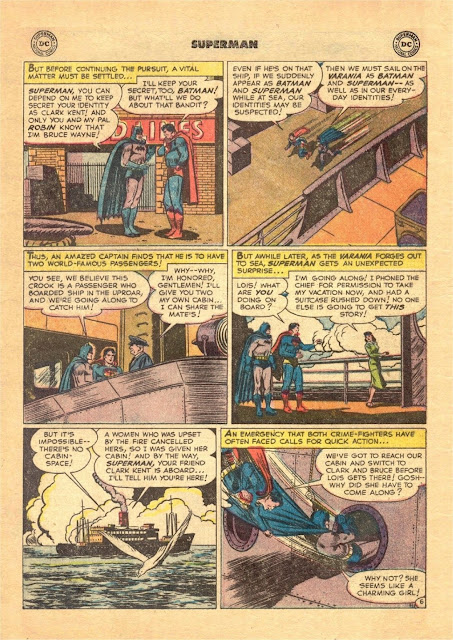 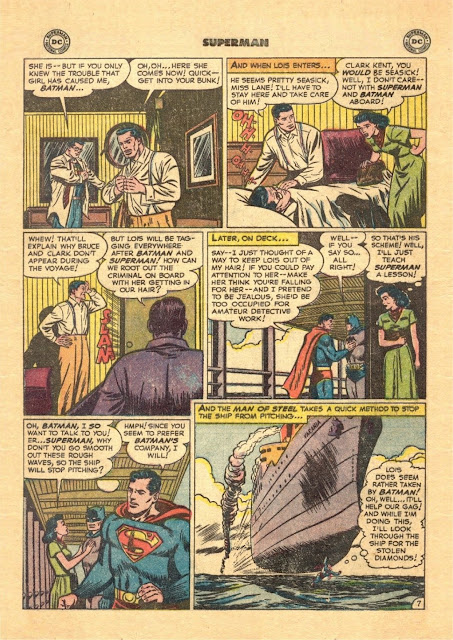 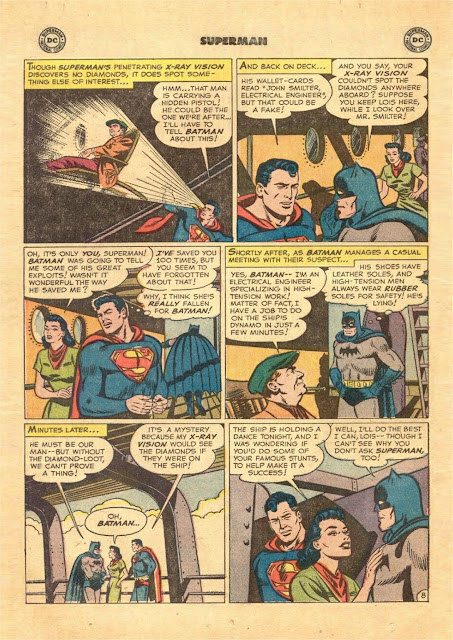 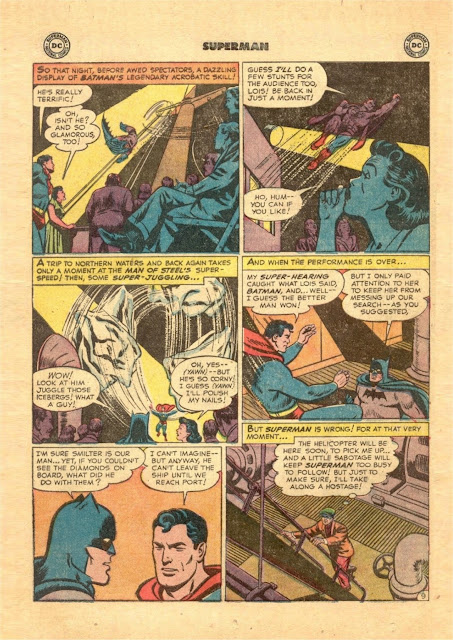 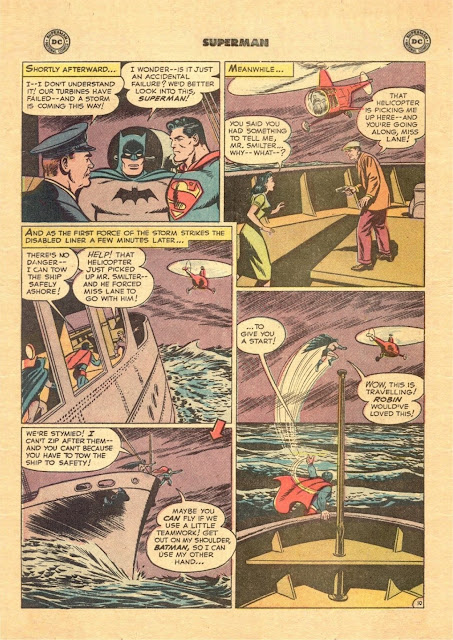 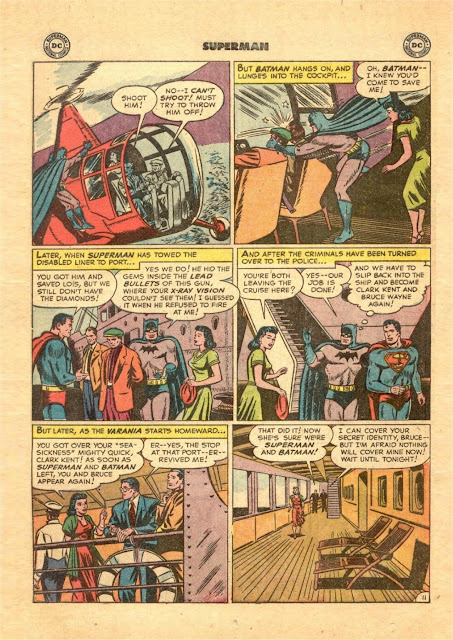 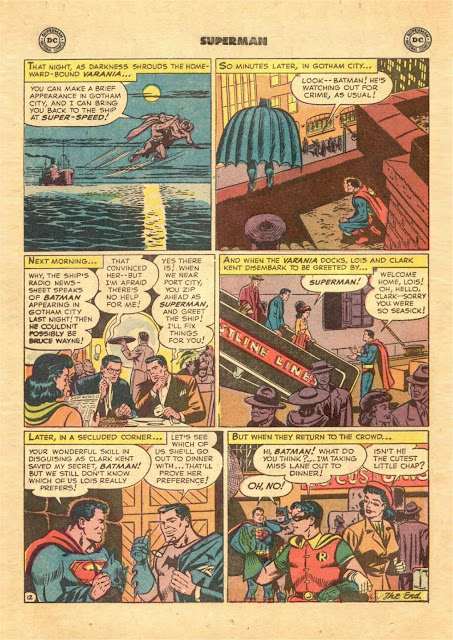