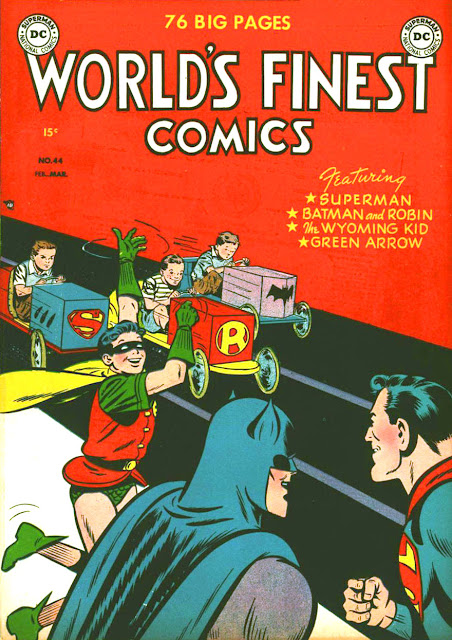 Soapbox racers were still fairly big when I was a kid. I made pretend ones out of boxes and every once in a while I'd see some kid with a real one!

The inside cover below shows DC's early efforts at staving off the growing anti-comics movement. 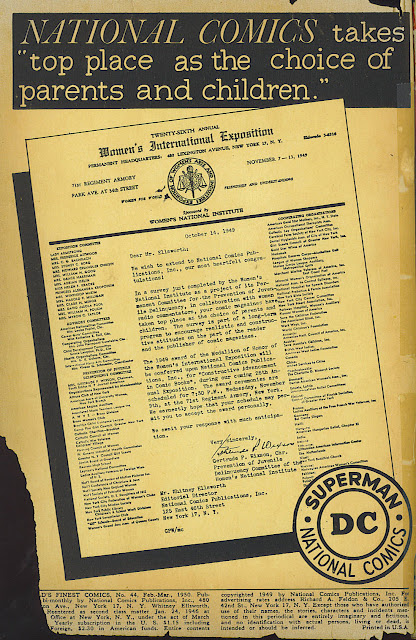 Boring's style is really coming into his own now. This story turns out to be an early "imaginary tale." 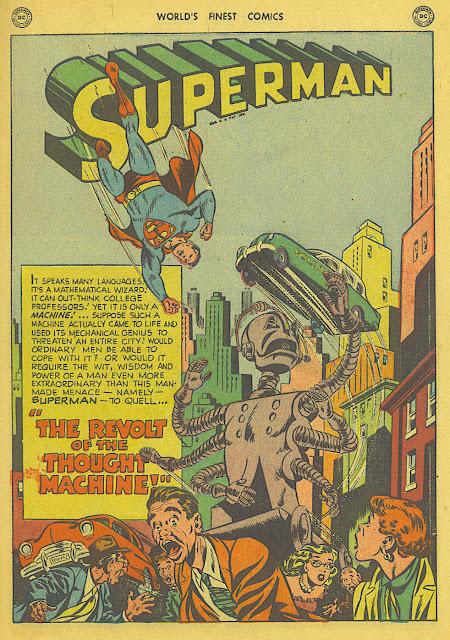 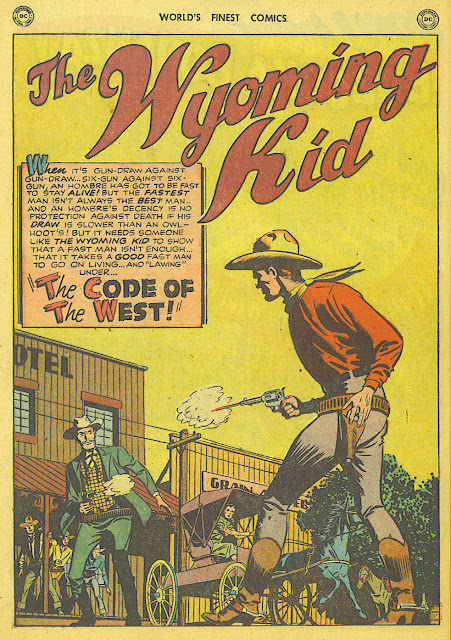 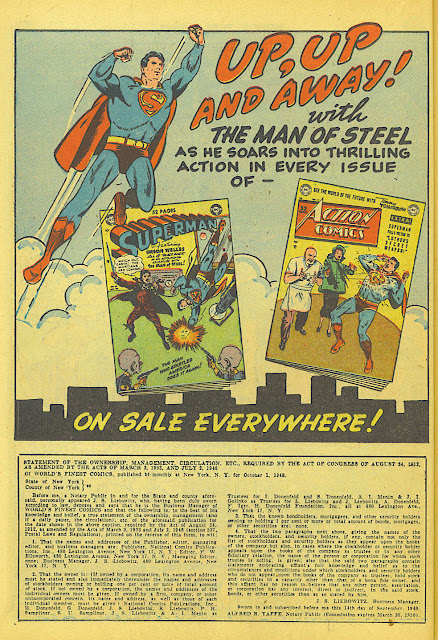 Okay, so FULL STEAM FOLEY wasn't just filler last issue. It still seems a waste of what is supposed to be a prestige comic at fifteen cents! 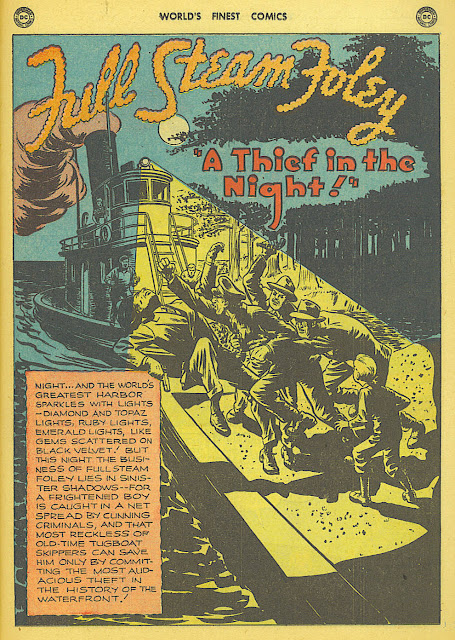 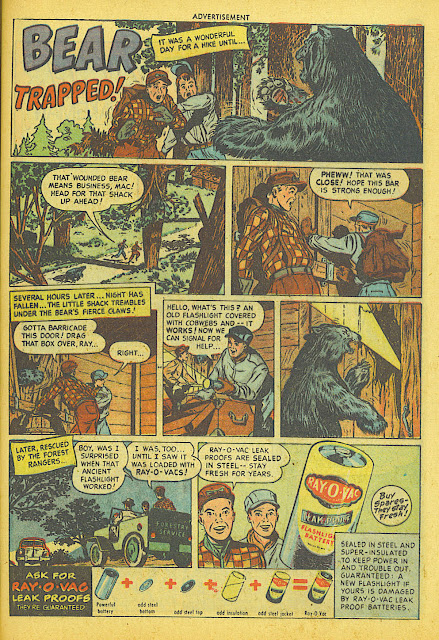 And below, this IS filler! Sigh... 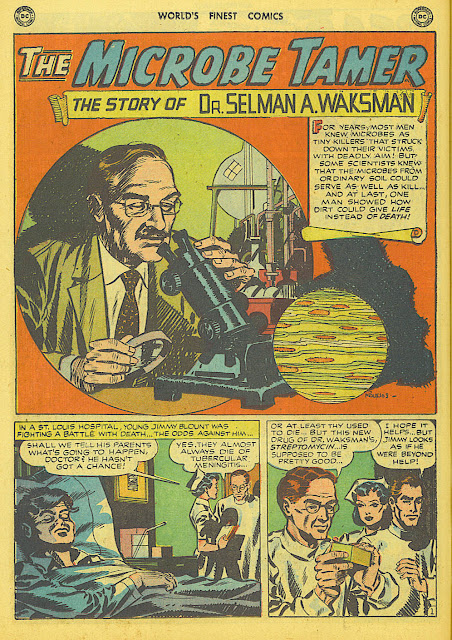 A great splash from the under-rated George Papp. In the grand scheme of things, in spite of later turns by, among others, Jack Kirby and Neal Adams, Papp has to be considered the definitive GREEN ARROW artist! 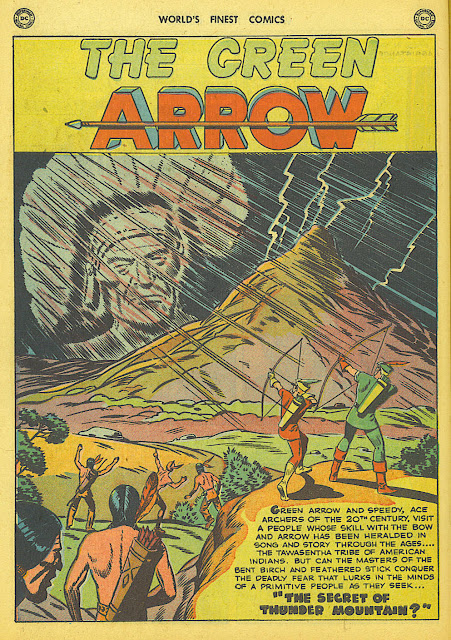 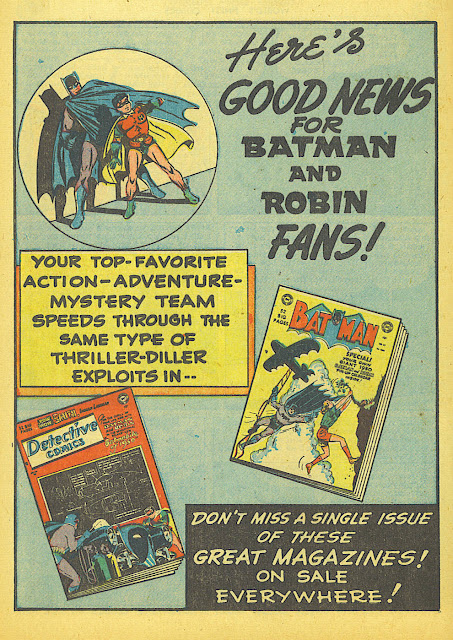 Here's that Kubert fella again. Wonder if he's gonna make it in comics. 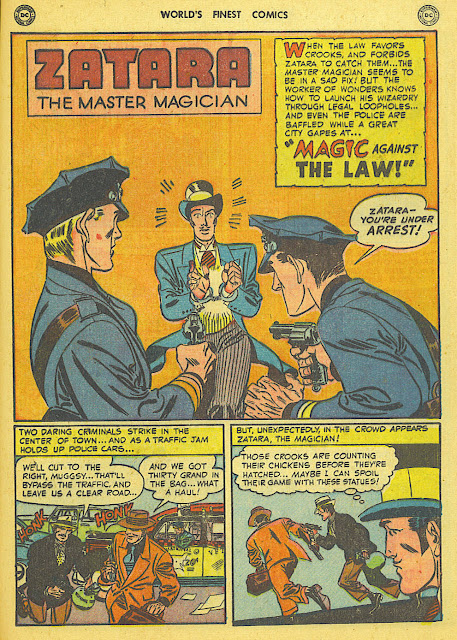 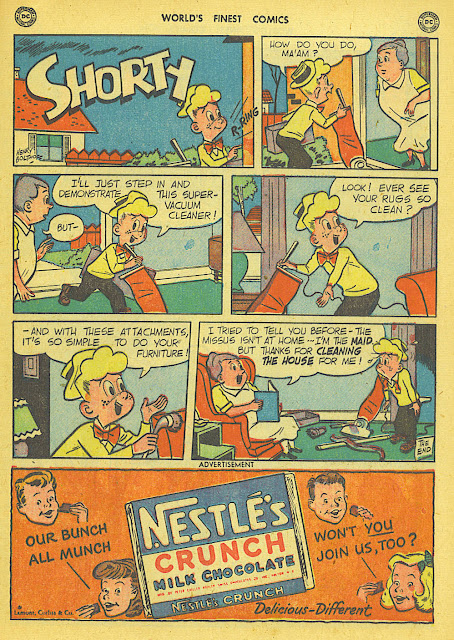 The Jim Mooney art on this BATMAN splash makes it look more like one of his ROBIN stories in STASR SPANGLED COMICS. 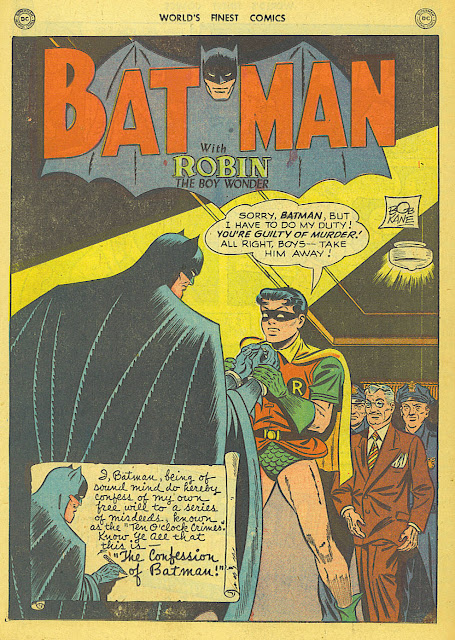 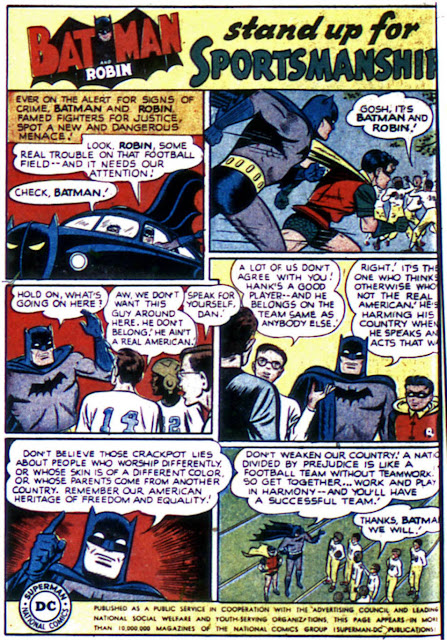 BOB HOPE may have seemed like an odd choice for his own comic book but it would eventually run for nearly two decades! It's said that Bob had a mint set of the whole run (presumably because DC sent him copies of every issue and he never read them). 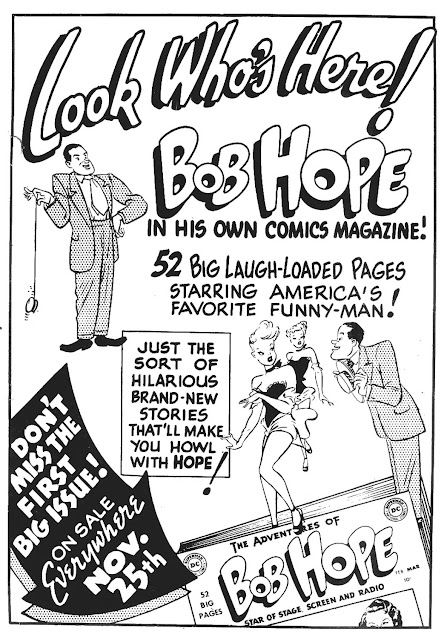