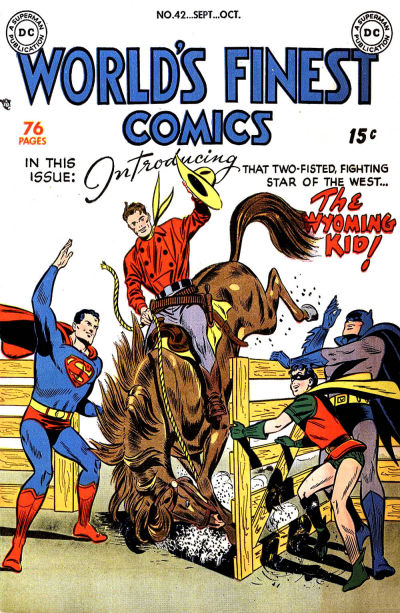 Joining in with what seemed to be the big new trend of the day, WF introduces its own cowboy hero, The Wyoming Kid, and even gives him a rare cover appearance with Supes, Bats and the Boy Wonder! 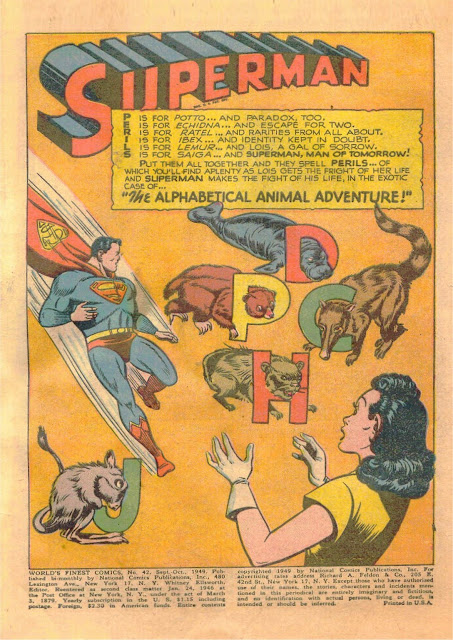 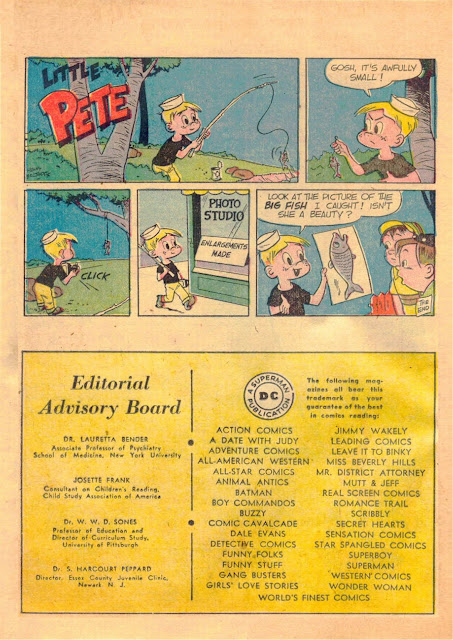 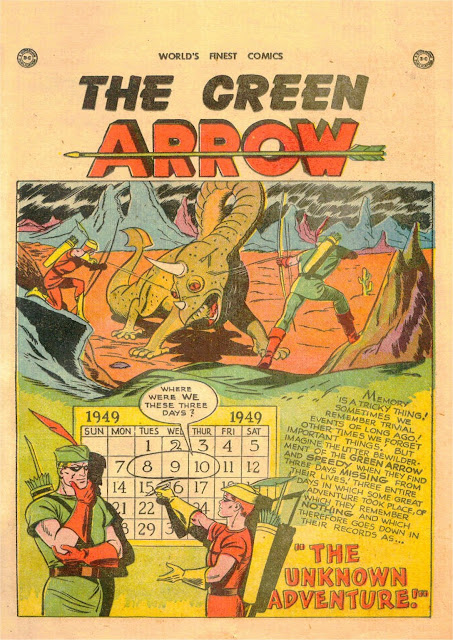 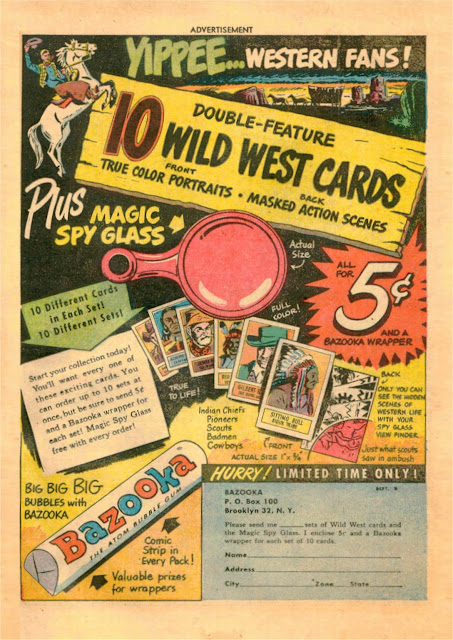 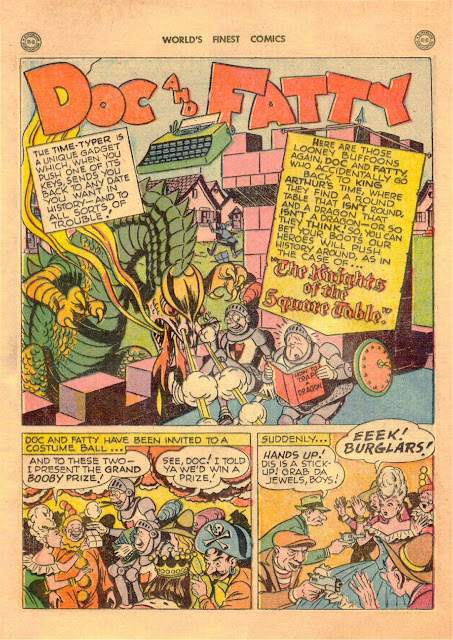 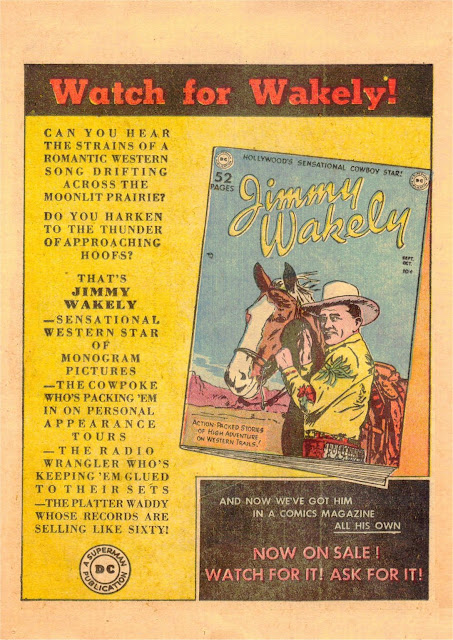 The unjustly forgotten Howard Sherman--who was also doing the silly DOC AND FATTY--turns in an excellent job on this initial WF installment of the Kid. The character's adventures had already been headlining in WESTERN COMICS. 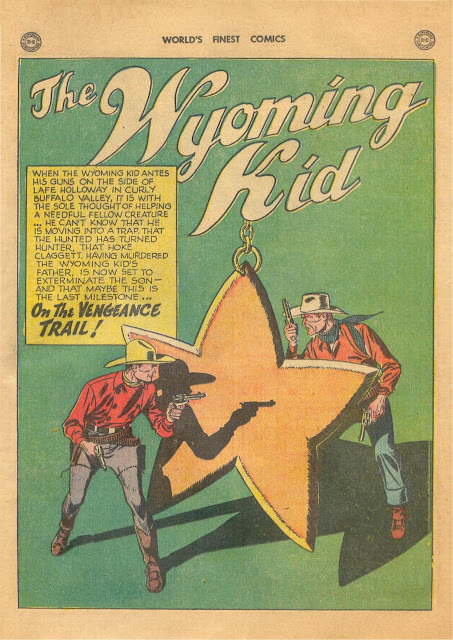 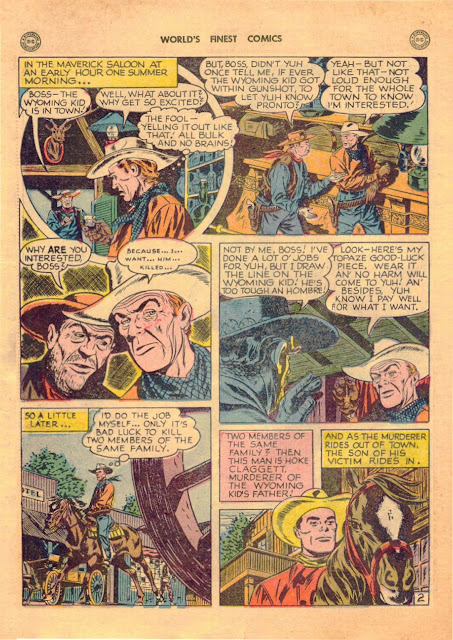 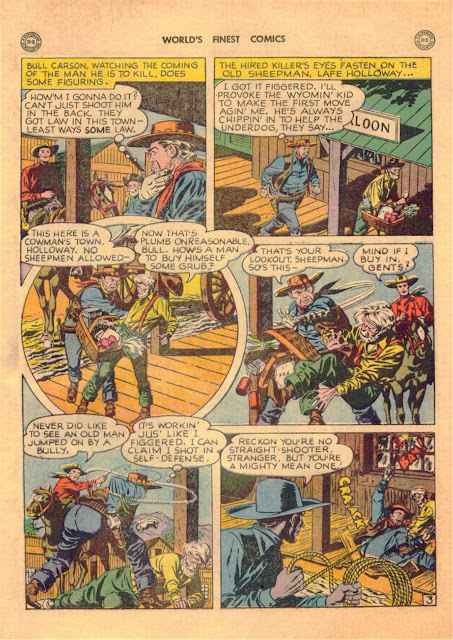 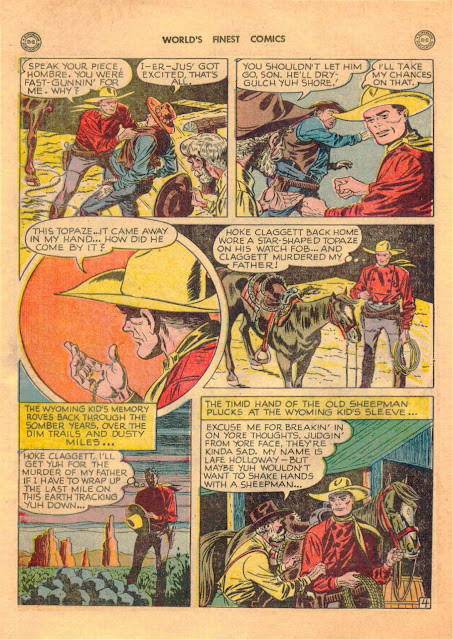 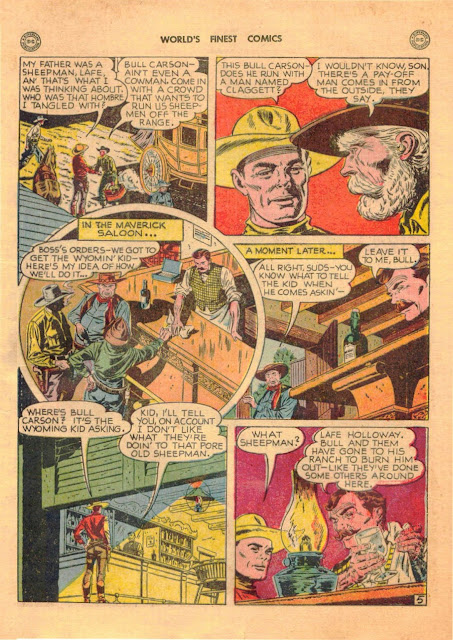 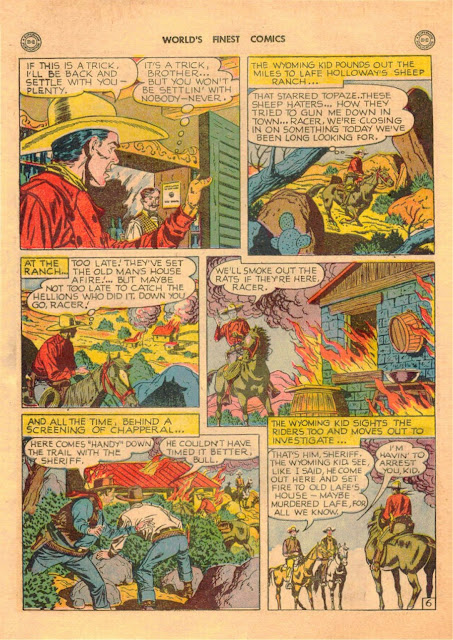 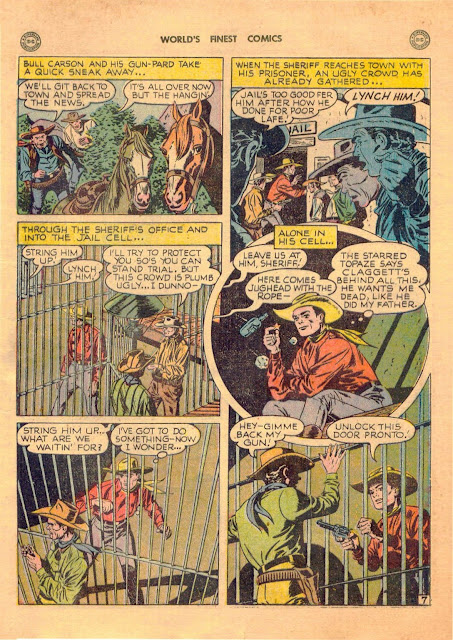 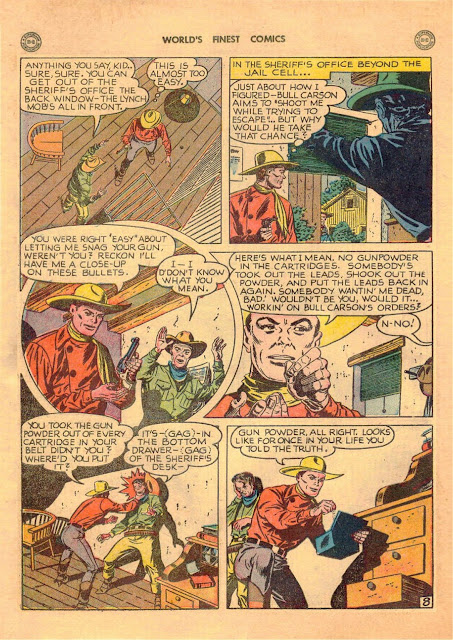 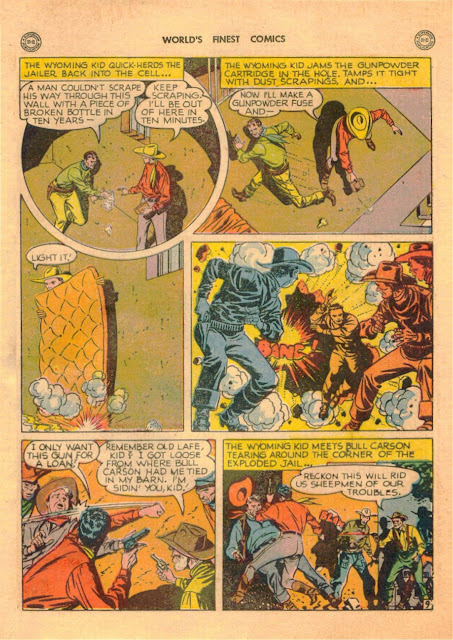 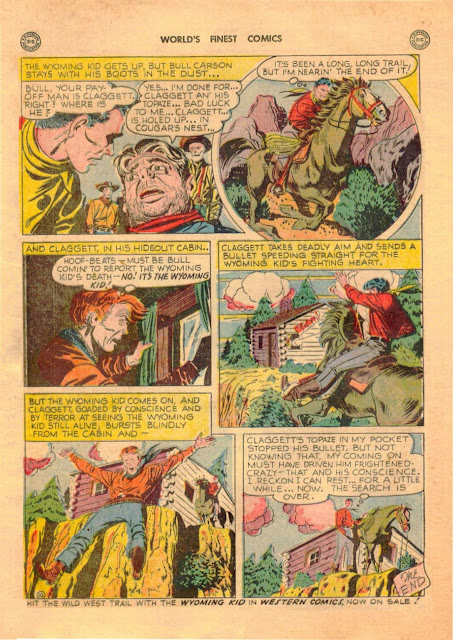 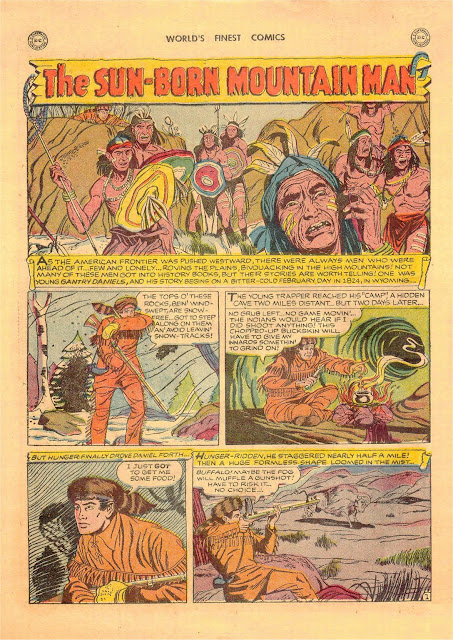 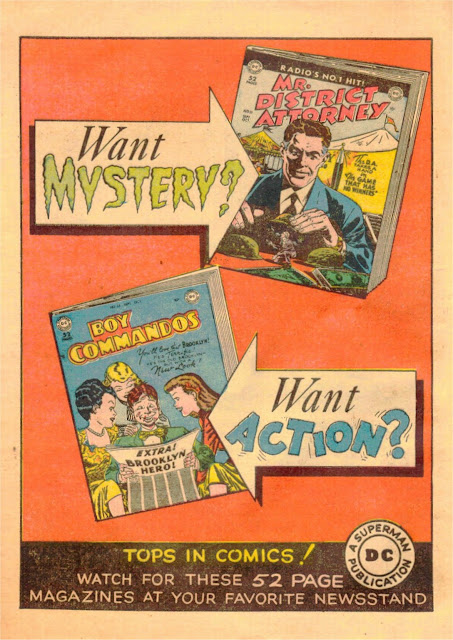 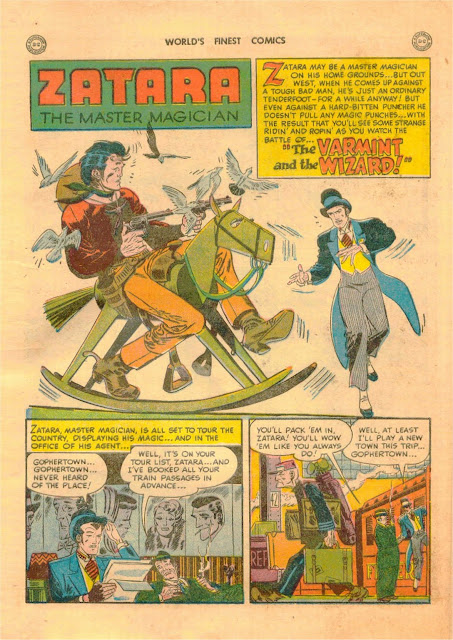 Funny animal comics were becoming quite popular at DC as well. 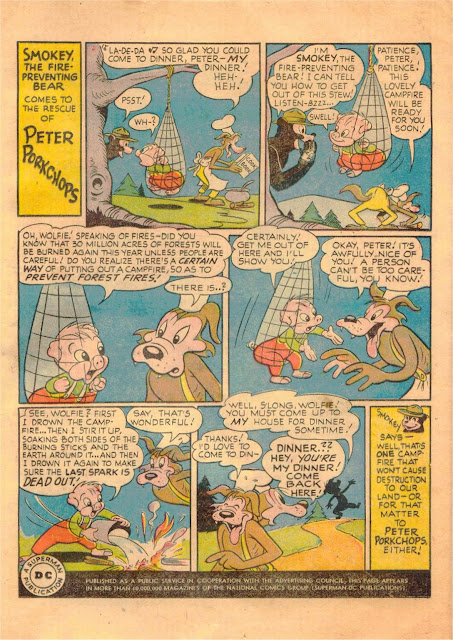 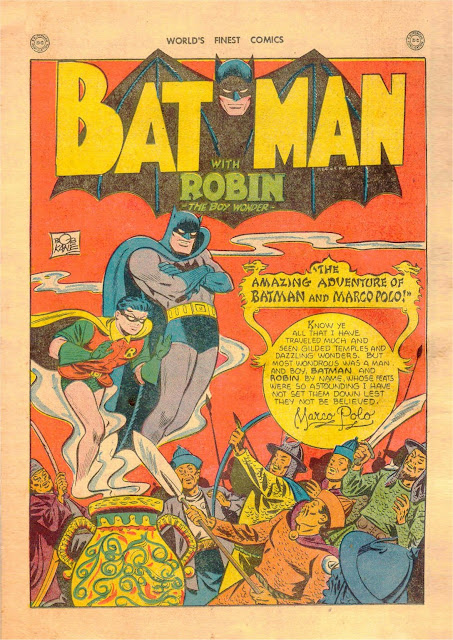 TOMAHAWK had moved over to STAR-SPANGLED COMICS as well as his own series. 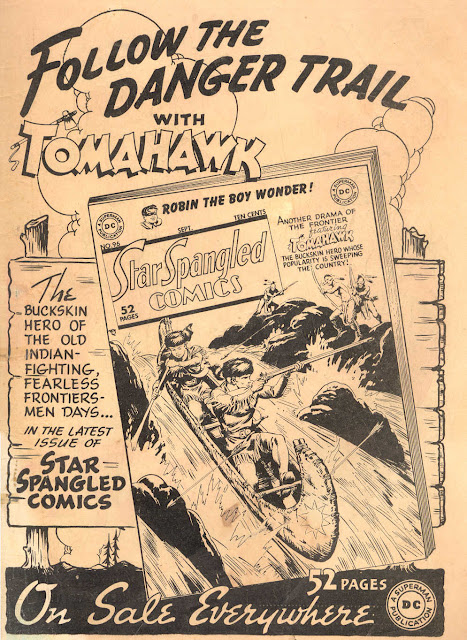 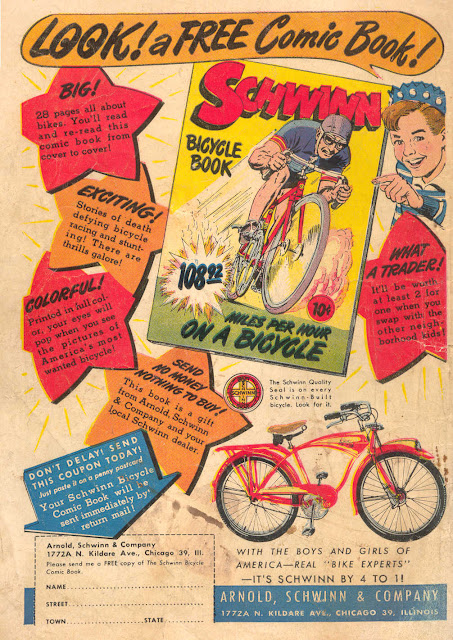