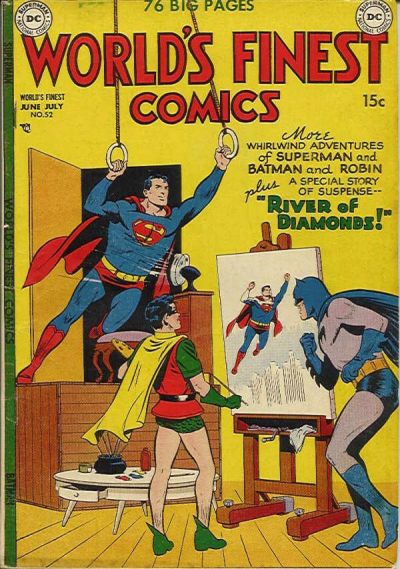 It's back to more frivolous pursuits for a little while longer on the covers. Inside, Supes has what has to be one of his last encounters with con man J. Wilbur Wolfingham whose brand of silly "villainy"was quickly to be outdated as the stories began to take on more sci-fi themes in the fifties. 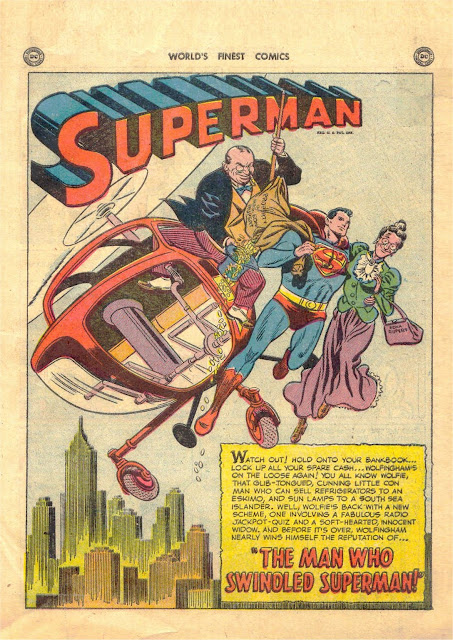 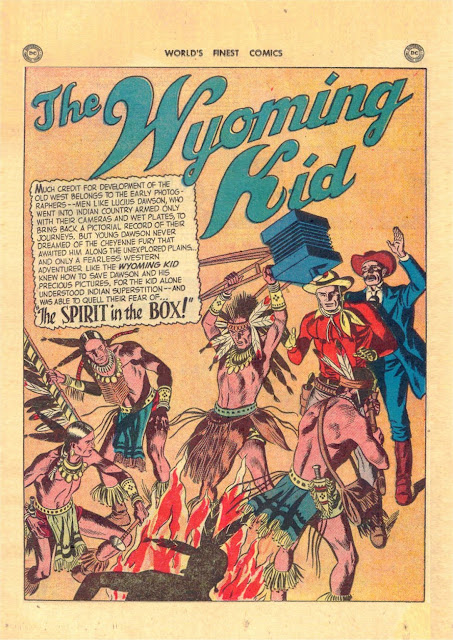 Lots of Boltinoff work this ish as well as a number of other comic strip style ads. 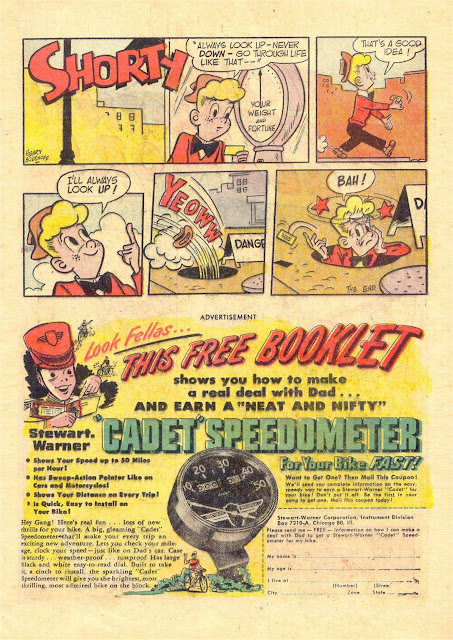 While DC had Dale Evans rights for a while, Dell had Roy Rogers sewed up and eventually Dale would join her husband there. 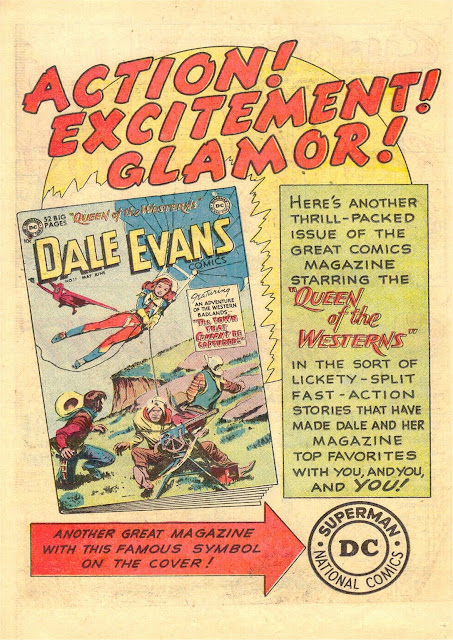 It's not labeled in any way but GCD confirmed my suspicions that the story that follows--with art credited to Arthur Peddy and Frank Giacoia--is a DANGER TRAIL inventory piece. 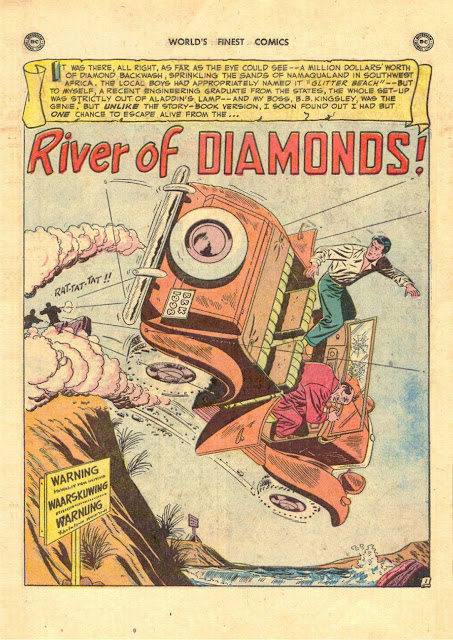 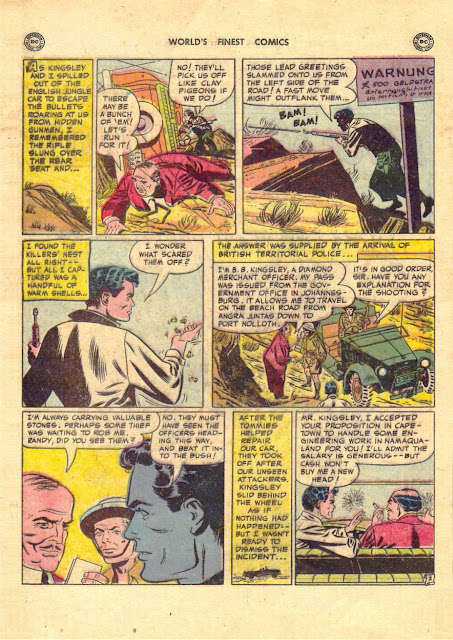 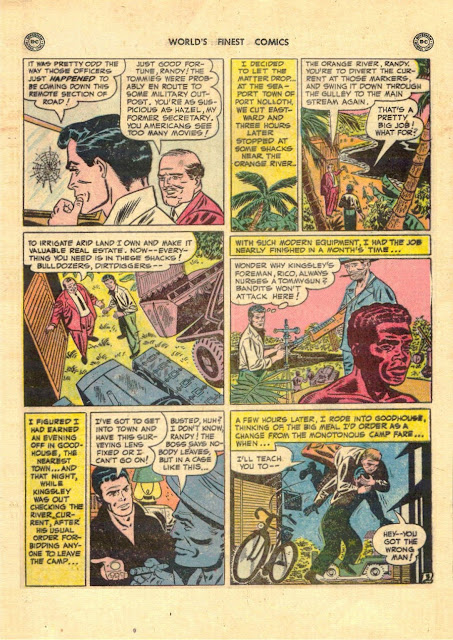 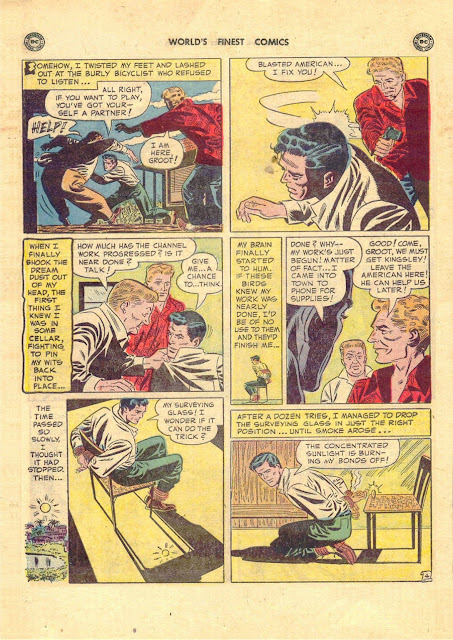 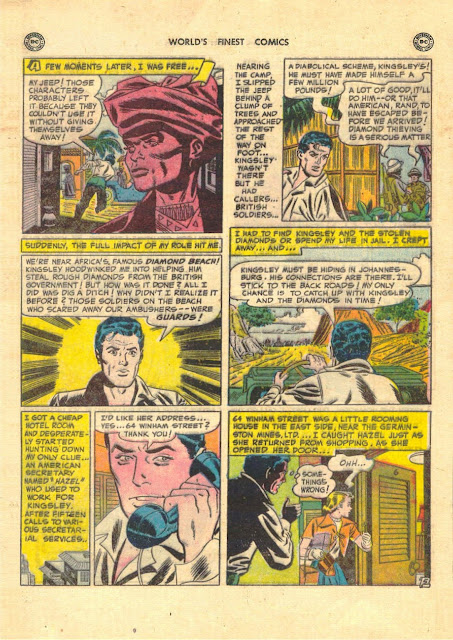 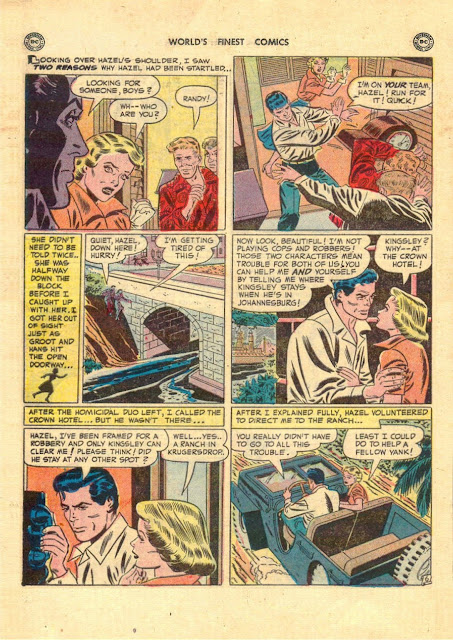 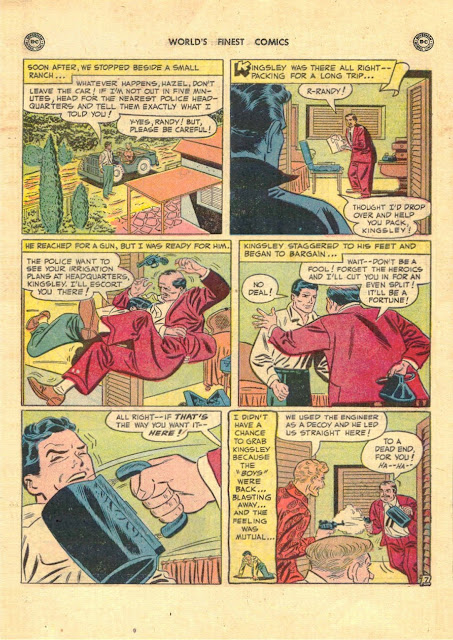 "Charlie Wild" whose ad for Wild Root appears below, was the generic replacement for Sam Spade both on the air and in the ads after that show's creator Dashiell Hammett and its star, Howard Duff, were accused of being REDS! Hammett actually was but Duff suffered guilt by association. 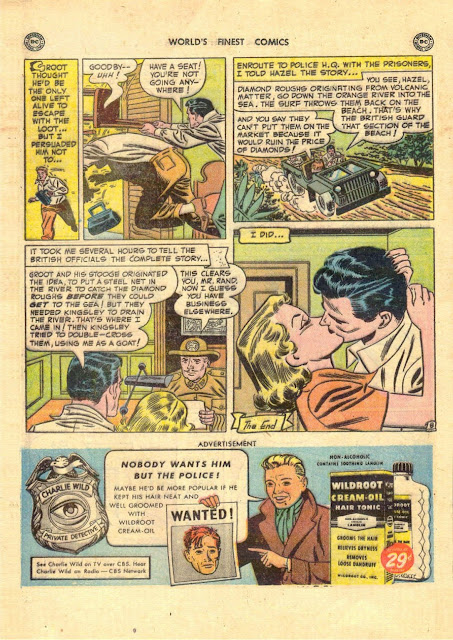 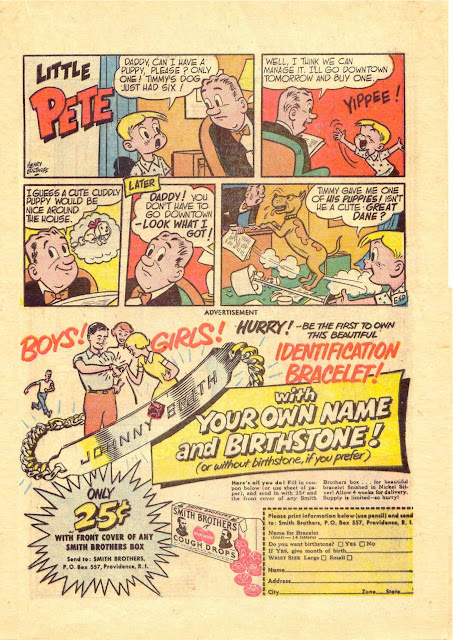 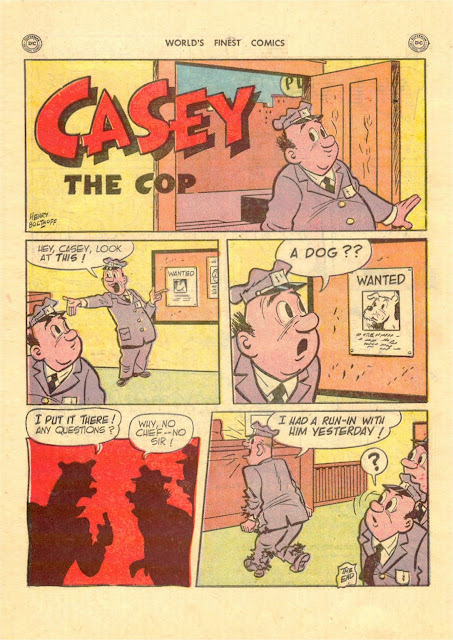 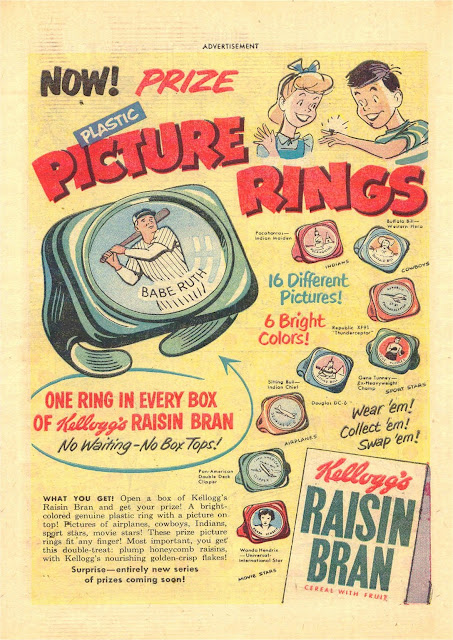 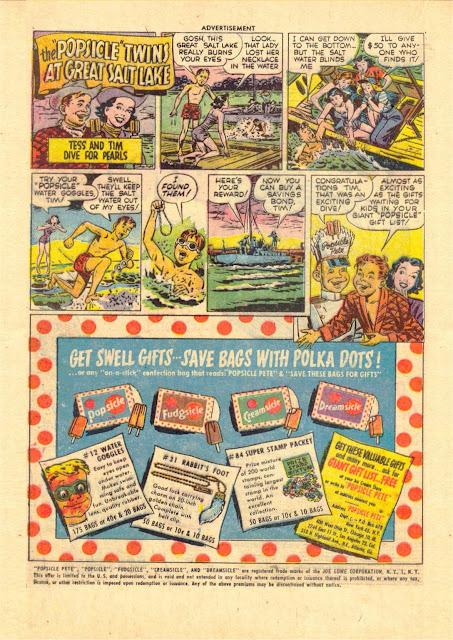 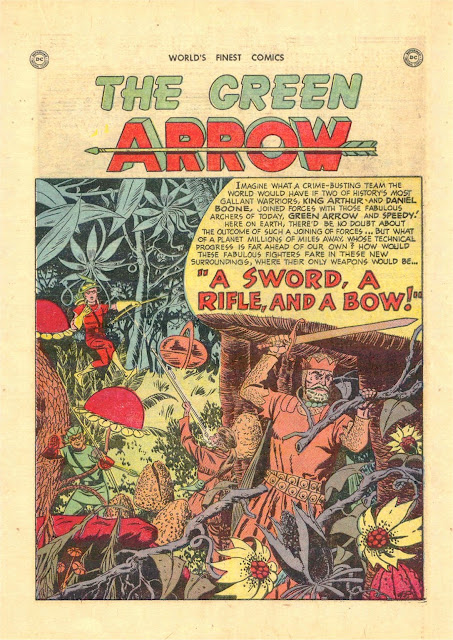 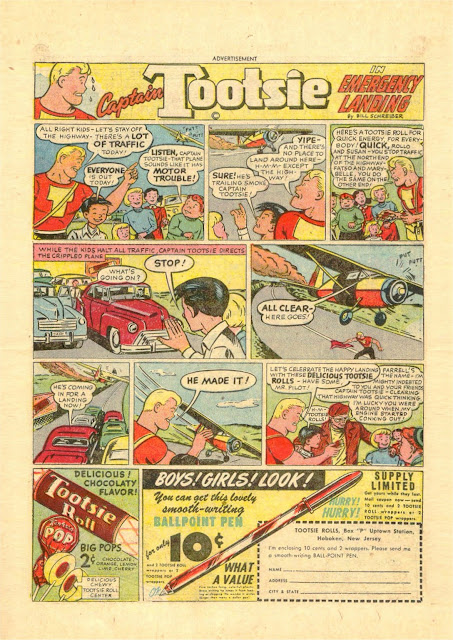 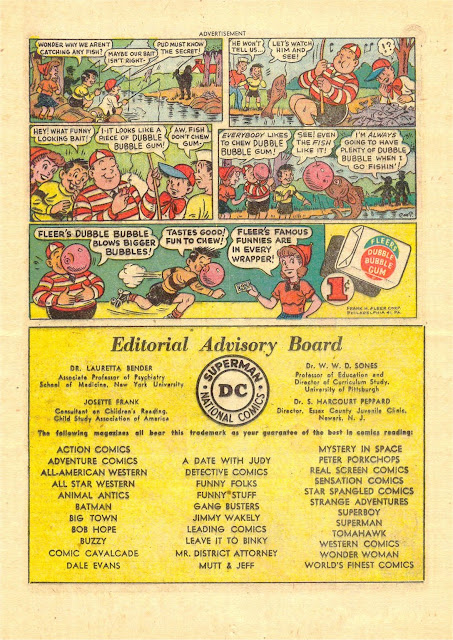 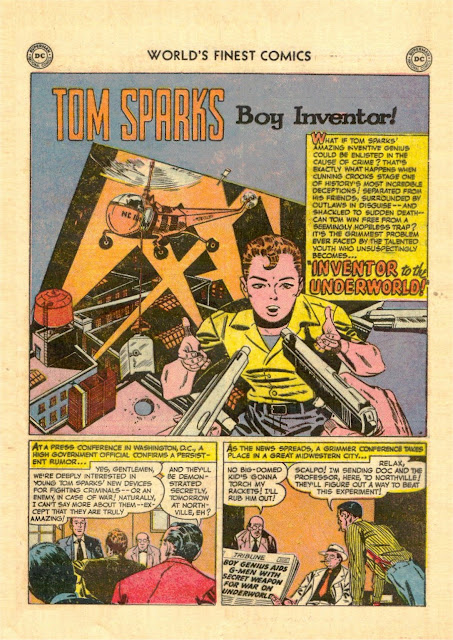 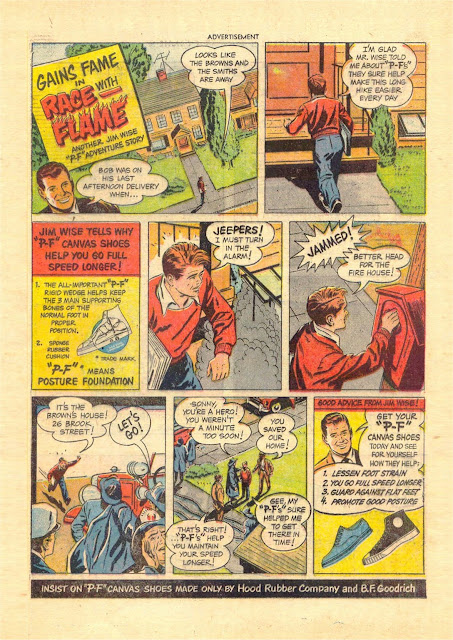 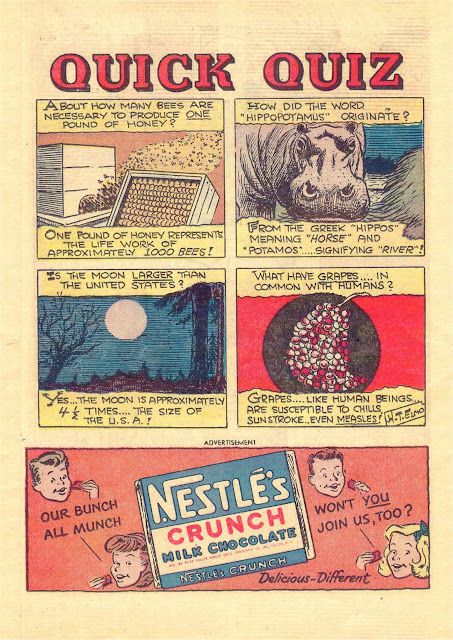 This Batman story is credited to writer David Vern Reed who was a frequent writer for the strip at the time and would return to it 25 years later for some good stories in the mid-seventies. 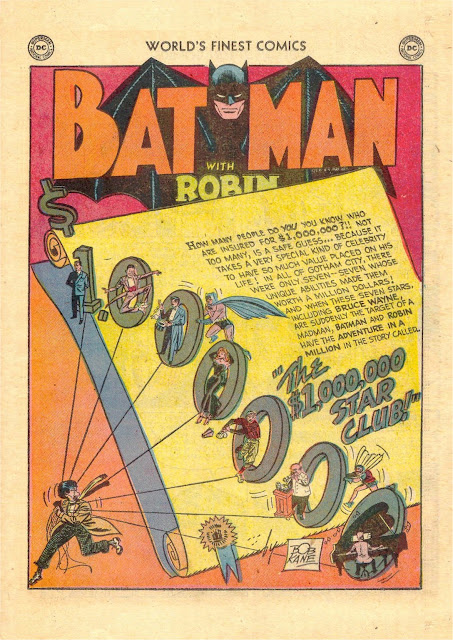